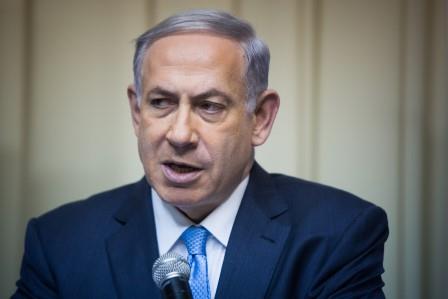 * At the time of the survey, a large majority of the public thought Israel was headed for another round of elections, though there was disagreement on whether or not this was desirable.

* A segmentation by political camps reveals that in the Jewish sample, the left is the least supportive of this partnership, the right supports it a little more, while the center supports it much more, though there too only about a third are supporters.

* A large majority of Israelis would be in favor of transferring more powers from the government ministries to the local authorities.

* In all three political camps (Jews) there is a majority that expects the Biden administration to be less friendly to Israel than the Trump administration.

* The same holds true for the Arab sample, though at a lower rate.

Recent months, including November, have seen almost no changes in the levels of optimism about the future of Israel’s security and the future of its democratic governance. More are optimistic on the security issue than on the democracy issue. Interestingly, “local” events do not actually change the picture: the assassination of the Iranian nuclear scientist in Tehran did not affect the sense of security, and the abovementioned expectation of a fourth round of elections did not change assessments about the future of Israeli democracy in one direction or another.

Are Elections On the Way?

A large majority of the public (83%) believed at the time of the survey – before the issue had come up for discussion in the Knesset – that Israel was headed for another round of elections, though there was disagreement on whether or not this was desirable.

What are the chances that the current government will dissolve and Knesset elections will be held in the coming half year? (%, entire sample)

Yet there is, indeed, no similar accord on whether or not new elections are a good thing (48% in favor, 39% against). As we see in the diagram below, this is a rare case in recent Israeli politics where the division is not along right-left or coalition-opposition lines – though voters for the Haredi parties and Likud, the core parties of the coalition, show less desire than other voters for elections in the near future.

Support for dissolving the current government and going to new elections in the near future (%, entire sample, by voting in the March 2020 Knesset elections)

The Credibility of Netanyahu and Gantz

What, in your eyes, is the level of personal credibility of the following individuals? (%, entire sample)

The degree of credibility of each of the two leaders is strongly associated with the party and the bloc for which interviewees voted in the most recent Knesset elections. In the Haredi parties and Likud, a majority said Netanyahu was credible; Gantz has a majority saying he is credible solely in Blue and White. At the same time, it is worth noting that even in their own parties these leaders do not win full trust: 30% of the Likud voters say Prime Minister Netanyahu is not credible in their eyes and 43% of the Blue and White voters say the same about Defense Minister Gantz. Among the voters for the rest of the parties, the majority said the two leaders were not credible in their eyes.

The leader is credible to a moderately high or very high degree (%, entire sample, by voting in the Knesset elections)

As expected, party affiliation is the key to understanding the interviewees’ positions. An especially interesting finding is that only among Blue and White and Labor-Gesher-Meretz voters does a majority think or feel sure that Netanyahu will get a fair trial. This reflects widespread mistrust in the Israeli legal system not only on the right but also among voters for parties, such as the Joint List, who in the past gave it a high level of trust.

Against the backdrop of the recent events, in your opinion will he get a fair trial? (%, think or are sure he will, by voting in the most recent Knesset elections in March 2020)

The Political Partnership between Mansour Abbas and Netanyahu

Among the Jewish interviewees the highest rate (43%) opposes the political partnership that has recently emerged between Mansour Abbas, member of Knesset from the Joint List and head of the Ra’am faction, and Prime Minister Netanyahu. However, the highest rate among the Arab interviewees supports it (41%).

Do you support or oppose the recent cooperation in the Knesset between Prime Minister Netanyahu and Member of Knesset Mansour Abbas, who represents the Ra’am Party within the Joint List? (%, Jews and Arabs)

A segmentation of the Jewish sample by political camps turns up an especially interesting finding: in all the camps only a minority supports this political partnership, this minority being smallest on the left and largest in the center (center 35%, right 28%, left 25.5%).

The Functioning of Local Government

Two years after the local elections were held, we looked into how the Israeli public views the local authorities in which they live. In all six areas we asked about, the rate of those giving a positive grade to the local authority in which they live is higher than the rate of those giving it a negative one, though in only three of the cases did a substantial majority of interviewees grade the authority favorably: tending to the city’s appearance, dealing with the coronavirus crisis, and the integrity of the mayor. The lowest grade was assigned to municipal planning and construction.

On a scale from 1=poor to 5=excellent, what grade would you give the local authority in which you live in the following areas? (%, entire sample)

A good or excellent grade for the local authority in the different areas (%, Jews and Arabs)

Support or oppose transferring more powers from the government ministries to the local authorities (%, Jews and Arabs)

We wanted to know to what extent the Israeli public believes the Biden administration will ascribe great importance to Israel’s security. The majority of the Jewish interviewees answered negatively while the highest rate among the Arab interviewees answered positively, though here the rate of "Don’t knows” was very high (about a fourth).

To what extent, in your opinion, will Israel’s security be a central consideration for President-elect Biden when formulating the US foreign policy?

A segmentation by political camps (Jews) shows that in the center and on the left, the highest rate expects the Biden administration to ascribe great or moderately great importance to Israel’s security while on the right only a minority takes that view (center 50%, left 46%, right 27%).

The Israeli Voice Index for November 2020 was prepared by the Guttman Center for Public Opinion and Policy Research of the Israel Democracy Institute. In the survey, which was conducted on the internet and by telephone (supplements of groups that are not sufficiently represented on the network) from November 30 to December 2, 2020, 607 men and women were interviewed in Hebrew and 150 in Arabic, constituting a representative national sample of the entire adult population of Israel aged 18 and older. The maximum sampling error for the entire sample was 3.7%± at a confidence level of 95%. The fieldwork was done by the Midgam Institute. For the full data file see Data Israel.