Prime Minister Benjamin Netanyahu must charge forward and turn his words into action. Only then will he be able to guarantee his vision of Israel as “a source of unity for our people.” (This article was first published by JNS.org.) 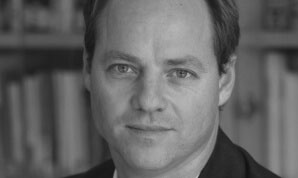 Earlier this month, at The Jewish Federations of North America General Assembly, Israeli Prime Minister Benjamin Netanyahu made an important appeal for Jewish unity—and for that, I applaud him.

The prime minister’s words were underscored by his new commitment to guarantee equal rights to members of the Reform and Conservative movements in Israel, including a promise to match the Jewish Agency for Israel’s more than $2 million annual investment in strengthening these communities.

Netanyahu’s comments should be commended. The ongoing discrimination against Reform and Conservative Jews in Israel is unacceptable. Israel is the nation-state of the Jewish people.

The Jewish state was founded as the national home of the Jewish people. The Law of Return threw open the gates of immigration to Jews of all streams, and even to those not considered Jewish according to strict interpretation of Jewish law. There should be no hierarchy among citizens in Israel. All citizens of Israel deserve equal rights regardless of the nature of their faith.

Estimates vary about the size of the Reform and Conservative movements in Israel. According to one survey conducted this past summer, 12 percent of Israelis define themselves as “Reform” or “Conservative” (6 percent each). Why are these Jews any less deserving of funding and recognition than their fellow citizens? More than a decade ago, the Israel Democracy Institute proposed a new status quo between religion and state in Israel in the context of a draft constitution for the State of Israel. One of the central tenets of our proposal was equal funding for all streams Judaism.

Up until now, non-Orthodox communities have generally not been funded by the state. A handful of Reform rabbis serving communities in the periphery recently began to receive salaries after a petition to the High Court of Justice forced the state to do so. But even then, it was the Ministry of Culture that stepped into fund those rabbis, not the Ministry of Religious Services. This must change. Any synagogue of a certain size should be eligible for a subsidy to cover the rabbi's salary and construct a building.

It is not the State of Israel’s job to decide which form of Judaism is more authentic. Let the public decide. This is not just a question of justice: the unity of the Jewish people is at stake. The longer we fail to give equal rights and recognition to the non-Orthodox streams of Judaism, the deeper the fissure between Israel and Jews of the Diaspora will become. If we expect Jews abroad to support the state of Israel, we must also consider their needs and demands.
Now that Netanyahu has made his pledge, it is our responsibility to ensure that he lives up to his promise and to give him the moral support he needs to stand up to opponents of change.

Already, members of Netanyahu’s governing coalition are condemning his words and threatening to thwart him based on coalition agreements designed to prevent any change to the status quo on issues of religion and state.

Netanyahu, however, must charge forward and turn his words into action. Only then will he be able to guarantee his vision of Israel as “a source of unity for our people.”

This article was first published on JNS.org.

Tags:
Religion and State,
Right to Equality,
Judaism and democracy,
multiculturalism,
religion and state,
Human Rights and Judaism,
The Nation-State,
Center for Democratic Values and Institutions