As the Knesset, Israel’s legislature, marks its 73rd birthday, IDI is taking the opportunity to reflect on two of its characteristics; the social composition of its membership and its size as compared with other countries.

At times, the Knesset, Israel's parliament, is referred to as “the legislature,” a term that testifies to one of its principal roles. It is also referred to as “the house of representatives,” since according to a widely-held perspective, it should reflect the diverse mosaic of Israeli society.

Nevertheless, many studies have shown that the parliament’s composition is not an accurate reflection of society. For example, even though women comprise approximately half the population, they make up a much smaller percentage of the members of the parliament. This is also true of other social groups, such as national and religious minorities, young people, and representatives of groups with lower socioeconomic status.

The number of women Knesset members has soared from a nadir of seven after the 1988 elections, to a current record high of 36 (or exactly 30% of the total MKs). Of course, this number still does not reflect the proportion of women in the population, but is without a doubt, a significant improvement compared to the past. 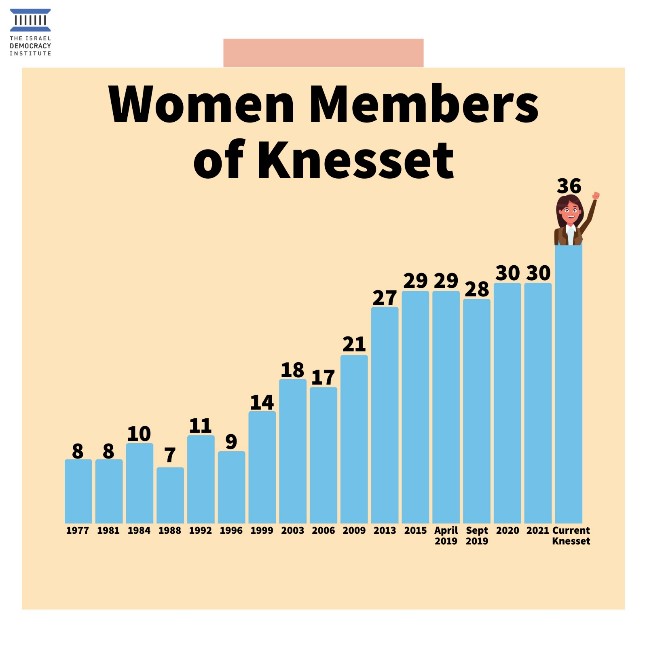 The changes in the composition of society also are expressed in the number of sabras, or native-born, Knesset members. Since from the time it was founded, Israel is an immigrant state and a large majority of members of the first Knessets were born abroad. Only fifteen members of the first Knesset were born in Israel. Native-born Knesset members were a minority until the tenth Knesset (1981). The first time that a majority of Knesset members were sabras, was in the Eleventh Knesset, which was elected in 1984.

The large wave of immigration from the Former Soviet Union during the 1990s slightly slowed down the increase in the number of native-born Knesset members, as quite a few new immigrants were elected, but the number of sabras has grown steadily over the past decade. In the last four elections, it stabilized around a level of 100 MKs.

A significant increase in the representation of other population groups in Israel’s legislature can be seen in the non-Jewish sector (Arabs and Druze). The number of non-Jewish Knesset members was fairly small until the 1990s; it has been increasing since then, and reached a high of 17 following the 2020 elections.

The explanation for this increase stems mainly from the Arab population’s transition toward voting for Arab parties, such as Ra’am, Ta’al and Balad. Despite the increase in the number of non-Jewish Knesset members, their number is still not representative of their proportion in Israeli society, which stands at approximately 20 percent.

To summarize, as compared with in the past, the membership of the current Knesset is a more accurate reflection of the makeup of Israel's population. In other words, the Knesset has become less homogeneous and more diverse.

By this logic, the size of parliaments is not constant, but rather varies in accordance with demographic changes.

Throughout Israel's history, the number of Knesset members — 120 — has remained unchanged, even though the population has increased by a 15-fold. 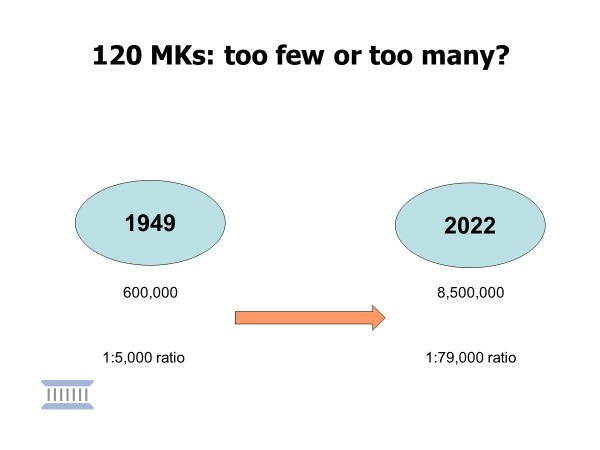 It can certainly be claimed that the combination of a small Knesset and inflated cabinets (a large number of ministers and deputy ministers, most of whom also serve as Knesset members) has created a situation in which the number of Knesset members who are available for parliamentary work — representing voters, working on high-quality legislation, and supervision of the executive branch — is quite small. From this perspective, the recent implementation of the “Norwegian Law” — allowing ministers and deputy-ministers to resign from their membership in the Knesset and be replaced by “full-time” MKs— is a practical solution. Currently, there are 21 MKs who entered the Knesset as a result of this mechanism. 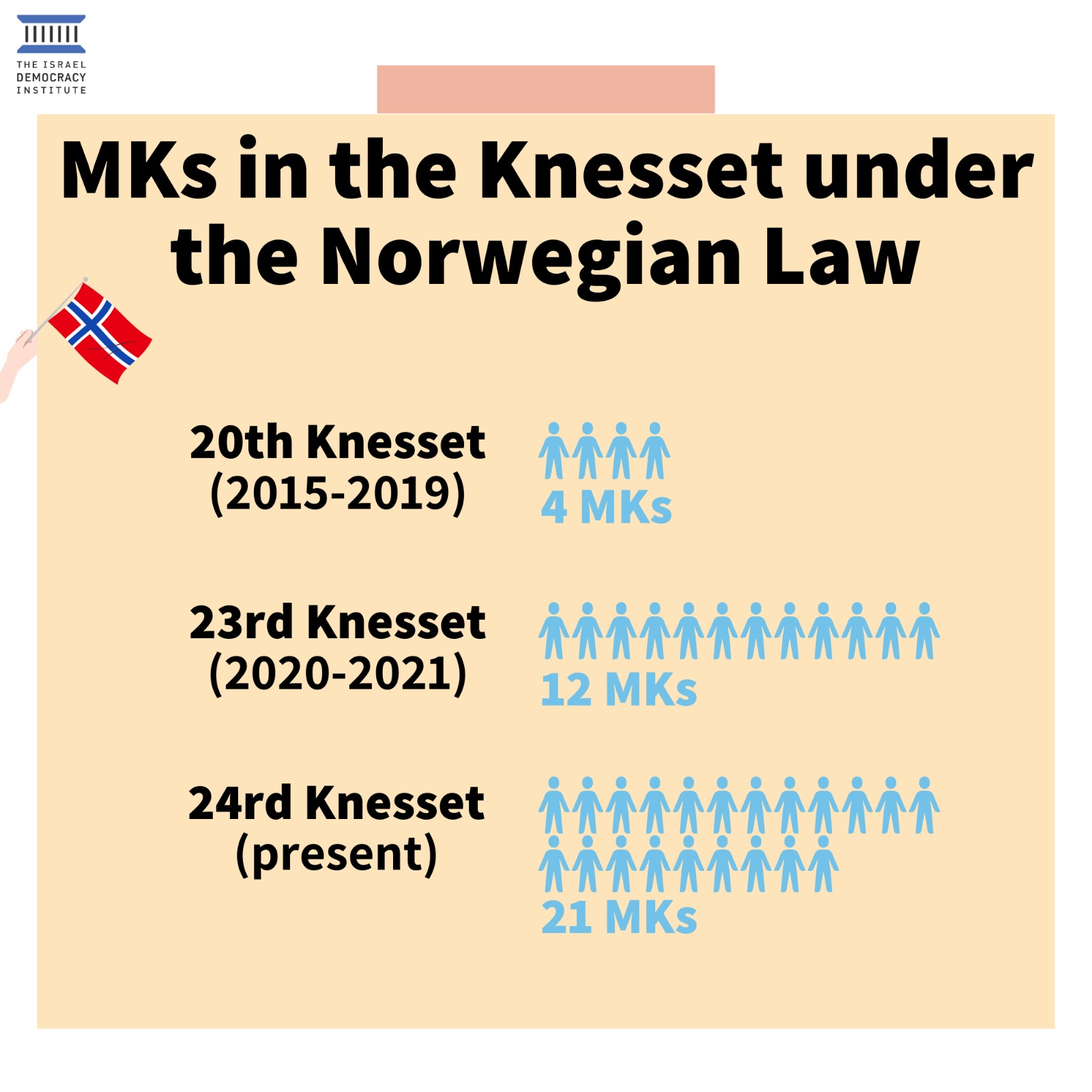 * The Norwegian Law allows a limited number of ministers and deputy ministers to resign from the Knesset. The next candidate in line on the departing minister's slate is then sworn into the Knesset.