In an op-ed in Haaretz, IDI Vice President Yedidia Stern asserts that there is a conflict of interest between the Attorney General’s two functions—as State Attorney and State Prosecutor—and argues that the office must be split in two. 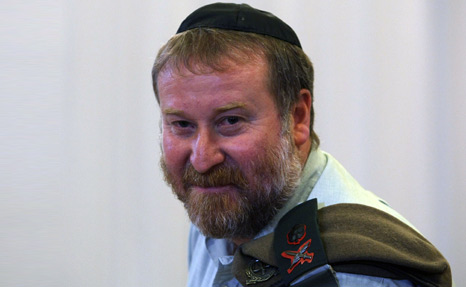 The closer we get to the end of Attorney General Yehuda Weinstein’s term in office, the more discussion there is of who should replace him.

The attorney general wears two hats: He is chief prosecutor, enforcing criminal law in the country, and he is the executive branch’s legal adviser. When I was a candidate for this office, I supported a bill to split the job in two. Why?

Each of the attorney general’s two functions requires completely different professional expertise. If someone who is expert in the civil law is appointed, the criminal whip will be wielded by a novice whose decisions are liable to determine the fate of individuals and even topple governments. If on the other hand an expert in criminal law is appointed, we abandon the job of giving legal advice to the government—and, in effect, to the state and society—to an apprentice.

Some argue that an attorney general who lacks the power to indict senior officials will have no power whatsoever in the government. This is unjustified from both democratic and cultural standpoints: It assumes that elected officials run the affairs of state based on the personal threat the prosecution poses to them.

A fascinating example of the confusion between the two arose in the case of the current cabinet secretary and former military advocate general, Avichai Mendelblit.

When Mendelblit was military advocate general, then-Chief of Staff Gabi Ashkenazi told him he had a copy of what has since been dubbed the “Harpaz document” and asked what he ought to do about it. The following day Mendelblit advised the chief of staff to inform the attorney general, which Ashkenazi did.

During the day in between, Mendelblit spoke with one of the attorney general’s aides but did not tell him what he had heard from Ashkenazi. Because of this delay, police have recommended indicting him for obstructing an investigation and breach of trust.

In this case, the grotesque and the tragic meet: An outstanding public servant, a major-general in the reserves, has been tarred for something that doesn’t reach the level of even a trifling offense. One must hope the attorney general will quickly decide to reject this bizarre recommendation.

Nevertheless, this story raises an issue of principle: Should the military advocate general act as the chief of staff’s legal adviser (as stipulated by the Military Justice Law), or as “the person in charge of imposing law within the army” (as stipulated by that very same law)? If he is the chief of staff’s attorney, the information he received from Ashkenazi was covered by attorney-client privilege and he was obligated to keep it confidential. And if so, what was his crime?

Even though splitting the job is necessary, many oppose the idea out of fear of undermining the rule of law. What I’m suggesting is the exact opposite: The role must be split in a way that will bolster both offices’ ability to do their jobs. We need fresh thinking, which must then be translated into law, to ensure that both legal counsel and the rule of law are strengthened while criminal prosecution is bolstered.

Meanwhile, the recommendation to indict Mendelblit should be rejected, and he deserves an apology.

Yedidia Z. Stern is Vice President of Research of IDI and a Professor of Law at Bar-Ilan University.

This article was originally published in Haaretz on October 29, 2014 and has been reprinted with permission. © by Haaretz, 2014.