As Israel prays for the safe return of Gilad Shaar, Naftali Fraenkel, and Eyal Yifrach, Dr. Tehilla Shwartz Altshuler, head of IDI's Media Reform project, shares thoughts on the use of gag orders and military censorship in the digital age. 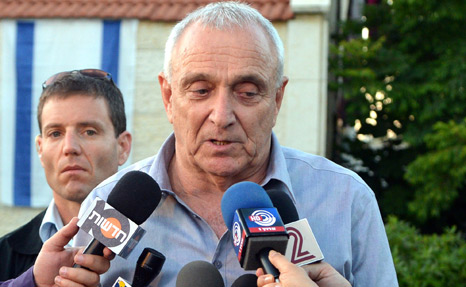 As Israel investigates the abduction of three teenagers on the way home last Thursday night, we hope that they are safe and that they will return home to their families soon. This act of terror has reminded us again of the need to balance Israel's security interests—which sometimes even involve actual saving of lives—and the interests of freedom of the press and freedom of expression. This was the case last Friday, when a judge in a Jerusalem Magistrate's Court issued a gag order at the request of the Israel Defense Forces that prohibited the publication of any news about the abduction.

Although I have previously discussed the issue of gag orders and military censorship in Israel at length in Hebrew in the context of the Ben Zygier affair, it is worth discussing three issues related to the sad case before us.

First, as in previous cases, the enforcement of the gag order in this security case was given over to the military censor. This is not appropriate in a democracy. Gag orders are issued by the courts in order to restrict information about investigations that have just begun. They are intended to be enforced by the police on the grounds of contempt of court. Military censorship, on the other hand, is imposed in emergency situations when there is near certain danger to security. This type of censorship is enforced by the military. In cases in which there is no reason to impose censorship under the Defense (Emergency) Regulations, there is no reason to use the military censor as the enforcement arm of gag orders.

Second, even in today's digital age, the military censor is capable of suppressing information, both by legal means and by informal methods. A review of the activity of various websites on Friday morning and afternoon, when the gag order was in place but word of the kidnapping was spreading via the internet and social media,  reveals that mainstream media outlets complied with the directives of the censor, including deleting content about the kidnapping that had already been posted. Online forums such as rotter.net, an active news site that relies on content contributions from the public rather than professional journalist, also deleted links to news items on the kidnapping, such that users who attempted to retrieve the information were not able to access it. We must assume that the military censor was not only in touch with representatives of the mainstream media directly but also contacted forum moderators and bloggers directly, issuing a formal request that was accompanied by informal forms of persuasion (e.g., "this is necessary for the security of our children"). In addition, military officials issued informal requests to key players—moderators of forums in the settlements, members of rescue organizations, etc.—to stop discussing the kidnapping on social networks and on WhatsApp. It was interesting to see that these informal requests were successful and there was significant self-censorship even in the circles that were closest to the incident. The bottom line: the censorship worked.

Third, as we have seen in the past, censorship activates Captain Rumor. In this case, when a bogus statement allegedly issued by the IDF spokesman spread virally on Friday afternoon, the IDF spokesman was forced to make an official statement denying the rumors that made the gag order completely meaningless. This was a direct result of the suppression of information. The well-known lesson is learned again: the more you hide, the more false rumors arise, and the more curiosity is piqued. This eventually may become more harmful than publicizing the information itself.

We are all waiting for the boys to come home safely. The questions about censorship in Israel and its effectiveness in the digital age that were raised above, however, arise repeatedly each time there is a new security affair. The Israel Democracy Institute is currently putting the finishing touches on a policy paper that includes recommendations for improving the use of gag orders and censorship in Israel. The arrangements proposed in that upcoming paper take into account the sensitive security situation in Israel, the desired democratic character of the state, and the challenges that the Internet poses when attempts are made to suppress information.

Dr. Tehilla Shwartz Altshuler is a Research Fellow at IDI, where she heads the Media Reform project and the Open Government project.

Tags:
Regulation of the Media,
Legislation,
Rule of Law,
Democracy and technology,
freedom of information,
ethics in the media,
freedom of expression,
journalism,
media,
media and politics,
Military and Society,
Media Reform