In a fiery op-ed, Dr. Tehilla Shwartz Altshuler responds to charges of bias published in a Jerusalem Post article entitled "'They' are Not 'One of Us'" (April 30, 2014), and lays out IDI's pro-active agenda in favor of media diversity and transparency and efforts to save the Makor Rishon Hebrew weekly newspaper. 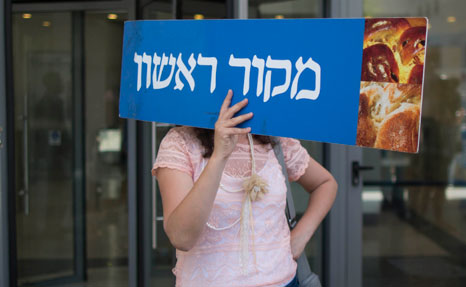 Yisrael Medad and Eli Pollak seek to reap the benefits of the saga of Makor Rishon's sale in order to promote an agenda of victimhood and self-pity in the name of freedom of expression and freedom of the press. Last week in "'They' are not 'one of us,'" they denounced the Israel Democracy Institute in the pages of The Jerusalem Post for allegedly not supporting Makor Rishon's struggle, contrasting it to our all-out effort to save Channel 10.

One should remember that the right to freedom of expression exists in order to conduct real and open public discourse. This type of discourse exists when speakers attempt, at least, to present the facts as they are. So, first of all, here are the facts: We supported the survival of Makor Rishon via interviews in the press and radio, by signing petitions, and in status posts on Facebook—the medium that Pollak refuses to recognize as a media tool.

We did this based on our belief that the existence of Makor Rishon, an elite right-wing newspaper with a loyal readership, has intrinsic value in the Israeli marketplace of ideas. We supported its continued existence based on our belief that shutting down a newspaper (or, for that matter, a television channel) is a real and tangible blow to the market of ideas and opinions. Fewer investigative reports and less space for op-eds will increase the threat posed by political entities to the remaining independent voices in the media. We can expect more pressure from tycoons to hide, dodge, or apologize for reports that affect their interests. We also supported Makor Rishon based on the pragmatic consideration that to start a new newspaper costs several times more than to save an existing newspaper.

Contrary to Eli Pollak and Yisrael Medad, whose world is divided into bad guys (Channel 10 and the Israel Democracy Institute) and good guys (Makor Rishon and themselves), we see a more complex world. We see the change in the media's DNA in the wake of the digital revolution and the collapse of the economic models that supported traditional print media. We also see the politicization of the television and radio regulatory authorities and the intervention of politicians when media outlets struggle for their lives. We see the open involvement of newspaper owners across the entire media map in efforts to promote their agendas.

Therefore, despite our support for the continued existence of both Channel 10 and Makor Rishon, in the case of Channel 10 we warned against politicians who might seek to reap benefits in the future from their support for the channel. In the case of Makor Rishon, we believed that the laws of competition are the gatekeepers against concentration in the media market. Consequently, we believe it is worthy to preserve the professionalism and independence of the Antitrust Authority.

We try to be optimistic and would like to believe that Makor Rishon will maintain its independence of thought so that the conservative media market will not become one-dimensional. We will also fight against legislation that aims specifically to harm Yisrael Hayom, like the legislation currently under discussion in the Knesset. In parallel, we will express justified fears about the accumulation of excessive power in the media and communications market. We will support as many voices as possible in the media, but will also try to argue that the central mission is to demand transparency of economic and political interests that stand behind media coverage, along with encouraging critical consumption of media.

Dr. Tehilla Shwartz Altshuler heads IDI's Media Reform Project and is an Adjunct Professor in the Hebrew University's School of Public Policy. She is the former head of the research and development department of the Second Authority for Radio and Television, which regulates Israeli media.

This article was originally published in The Jerusalem Post on May 7, 2014.