In an op-ed in Haaretz, Prof. Mordechai Kremnitzer discusses government corruption in Israel and the implications of the Holyland verdict for deterring such corruption in the future. 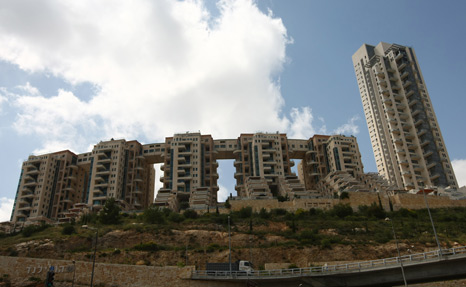 The struggle against government corruption is an ongoing, constant battle. It is impossible to completely eradicate corruption, primarily because the temptation to behave corruptly is very strong and because the power of people in high government positions breeds arrogance and a sense of immunity vis-à-vis the law.

The struggle against corruption recently suffered two serious blows. The first was the Jerusalem District Court's embarrassing ruling in the Olmert case, in which the court did not draw the obvious conclusions from the evidence brought before it in the Rishon Tours and Talansky affairs. Apparently, the court was not able to ignore the lofty status of the former prime minister and the implications that his conviction would have for us all. The second blow was the Attorney General's flawed handling of the investigation of Avigdor Lieberman, in which work on the case dragged on until it petered out and was buried unceremoniously.

One could easily have concluded that the struggle against corruption was in its death throes. But now the verdict in the Holyland case has changed the picture somewhat.

An examination of the case reveals important messages for deterring government corruption. Since corrupt behavior is planned and calculated (in contrast to criminal activities that are committed impulsively and spontaneously), these messages may dissuade some potentially corrupt people from engaging in acts of corruption.

The first message for those who are liable to act corruptly is that partners in corrupt activities cannot be trusted, even veteran and serial "machers"—big shots and wheeler dealers such as state witness Shmuel Dachner—who play a central role in corrupt behavior.

Someone who conspires with others in corruption—whether by giving or receiving a bribe—puts his fate in the hands of those others, because he is liable to be subject to extortion, as in the Holyland case. And if he does not succumb to the extortion, he is liable to be betrayed when his partner opts to cross the line and put himself at the disposal of law enforcement agencies as a state witness. What is done secretly, in the dark, with the illusion that it will never be discovered, is liable to be revealed to all in broad daylight, turning the partners in corruption to objects of shame.

The defendants in the Holyland case worked hard to undermine the legitimacy of the law enforcement system's use of a state witness in a bribery case. The outcome of the process indicates that using a state witness is a justified and essential measure in combating corruption of the worst type. From this perspective, law enforcement officials, especially former Attorney General Menachem Mazuz and former State Prosecutor Moshe Lador, deserve full praise for their deal with the state witness—a deal that was not devoid of risk and drew harsh criticism. No effective fight against corruption is possible without taking risks. Those who advocate a risk-free "struggle" are actually raising a white flag vis-à-vis government corruption; on the other hand, those who are willing to take calculated and responsible risks advance the struggle against corruption and win public appreciation.

For years, an ostensibly sophisticated mode of operation was used in Israel, which was, in effect, designed to guarantee those who set the system in motion immunity from criminal responsibility. This mode of operation was adopted by two prime ministers: Ariel Sharon and Ehud Olmert. It involved dubious conduct via third parties who acted on behalf of these officials with complete loyalty and readiness to sacrifice themselves. The main advantage of this mechanism for the people at the top was that it enabled them to argue that they were not involved in the activity and were unaware of actions that were actually performed at their behest, for their benefit, and with their full knowledge. Until recently, this method seemed to be effective and it appeared that those employing it could evade criminal responsibility; it seemed to be a formula for corrupt activity that was beyond the reach of law enforcement. A frightening example of the success of this method was the Rishon Tours case, which ended with the conviction of Shula Zaken and the acquittal of Ehud Olmert on fraud charges, even though Zaken was not the beneficiary of the fraud. The rift that recently developed between Shula Zaken and Ehud Olmert, and her readiness to become a state witness, demonstrate the vulnerability and fragility of this "magical" mode of operation.

After the Holyland verdict, anyone who contemplates a path of corrupt activity will know that even someone who appears to be absolutely loyal may ultimately wield the knife of "betrayal." The confidence that the truth will never see the light of day that existed until now in the bureaus and ranches of powerful government figures has been proven to be exaggerated.

It has also been demonstrated that well-timed media campaigns, such as the campaign against the state witness deal that was made with Shmuel Dachner, cannot always prevent the truth from being revealed.

It follows from the above that the struggle against corruption received a boost from the Holyland verdict. We must strengthen the hands of the guardians of the law who fight governmental corruption without fear and without bias. We must encourage law enforcement agents to play a proactive role in the struggle against corruption. What looks like the product of a corrupt act, such as the ugly bloc of buildings known as "Holyland," is not infrequently the product of governmental corruption.

Weakening the guardians of the law is detrimental to the fight against corruption. It is no wonder that the demand to weaken these gatekeepers is coming from the very courtyard of those who are corrupt.

Mordechai Kremnitzer is Vice President of the Israel Democracy Institute and Professor Emeritus of Law at the Hebrew University of Jerusalem.

A Hebrew version of this article was published in Haaretz on April 13, 2014.