Is dignity something that must be earned? In an op-ed in The Jerusalem Post, Prof. Tamar Hermann, Head of IDI's Guttman Center for Surveys, explores this question, as IDI's Israel Speaks project assembles 200 citizens from all walks of Israeli life to begin drafting a Declaration of Human Dignity. 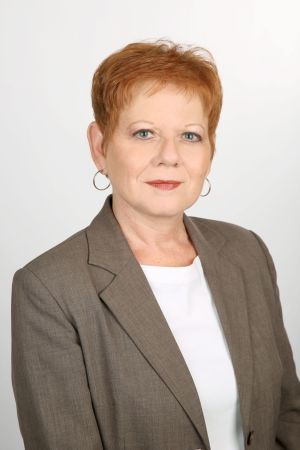 The concept of human dignity has been present throughout history and across nearly all cultures. The Bible, too, reflects the approach that every person is worthy of respect, because he or she is created in the image of God; it follows that assailing a person's dignity is tantamount to showing disrespect for God, which is a sin. In the past, however, the exceptions to the rule that people must be shown respect often outnumbered the cases in which the rule was actually observed. The more hierarchical the culture, the more limited was the right to respect. The elderly were considered more worthy of it than the young, the rich more than the poor, adults more than children, men more than women, free individuals more than slaves, and so forth.

The notion that all humans are deserving of respect—regardless of age, gender, ethnicity, religion, and beliefs—reemerged in parallel with the development of the modern democratic ethos. The Declaration of the Rights of Man and of the Citizen, adopted in France on August 2, 1789, less than a month after the outbreak of the French Revolution, included an immortal statement that represented an unprecedented philosophical and historical breakthrough: "Men are born and remain free and equal in rights." This notion spread like wildfire. As much as it may seem paradoxical, it is precisely because of this idea that Nazi race theory demoted Jews to the status of "subhuman." This devaluation made it possible for adherents of this doctrine to trample on the dignity of the Jews and divest them of their most basic human rights, to the point of their ultimate nullification—depriving them of life.

After all is said and done, however, when it comes to human dignity, the common tendency is to respect those who are similar to us and make light of those who are different from us. Many of us are guilty of disrespecting others or believing outright that some people are not worthy of respect. Moreover, equally weighty values often counterbalance human dignity—such as the sanctity of life, public order, and national security. In such cases, it is hard to decide which value is more important. However, so that human dignity is not overridden in every conflict of values of this nature, it is essential to invest in educational efforts to introduce the importance of human dignity into the public discourse and mind.

As part of the "Israel Speaks: Human Dignity" project, the Israel Democracy Institute is sponsoring an event, endorsed by President Shimon Peres, at which 200 rank and file Israelis—men and women, old and young, Jews and Arabs, secular and ultra-Orthodox, city dwellers and those in the periphery—will discuss and investigate these issues. The overall aim of this event and project is to increase awareness of human dignity in the various sectors of Israeli society, but not by providing shallow answers to difficult questions. Through intensive discussions across all social groups, we aim to develop a Declaration of Human Dignity, which will enshrine the common values we hold dear in a document that we hope will be a foundational document for the State of Israel. Indeed, we aspire to elevate the discourse and educate and ensure that our dignity is undeniably bound with our very humanity.

Prof. Tamar Hermann is a Senior Fellow at the Israel Democracy Institute, the Academic Director of IDI's Guttman Center for Surveys, and the Academic Advisor for IDI's Israel Speaks: Human Dignity project.

This article was published as an op-ed in The Jerusalem Post on January 19, 2014.