One of the highlights of the Purim Megillah is the moment when Mordecai finds out that the decree to destroy the Jewish people has been signed. He tears his clothes, puts on sackcloth and ashes as a sign of mourning, goes out into the city, and cries a bitter cry.

After rending his clothes, Mordechai begins to lead the diplomatic effort against the decree of annihilation. His first address in the struggle is his cousin Esther, who was living without worries in the royal palace. When she hears that Mordechai has torn his clothes and gone into the city wearing sackcloth, she quickly sends him new clothing; the show must go on. Mordechai tries to tell her that she must save her people, but she apologizes and explains: "I have not been called to come to the king for thirty days." 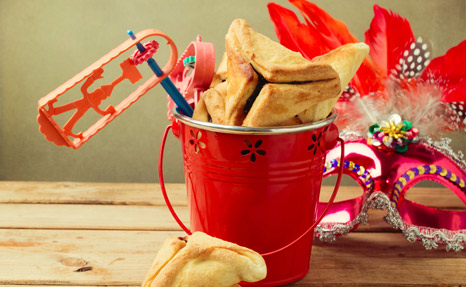 At this point, Mordecai utters the following words: "If you remain silent at this time, relief and deliverance will arise for the Jews from another place, but you and your father's household will perish; and who knows that you have not come to your royal position for a time such as this?"

This was the sentence that transformed Esther and broke the routine of her life. Esther was empowered and became the dominant player who changed the entire course of the story. Her royal robes radiated with her burning intensity and determination as she undertook the rescue mission. No longer is she Esther the Persian, pampering herself with perfume in the palace. From this point until the end of the Megillah, her actions are an expression of the responsibility that she has been given.

Many of us often find ourselves in positions of influence that can change reality. Whether we are public officials, senior professionals, people of means, social activists, or spiritual leaders, we have the potential to transform. The human soul, however, tends to shy away from responsibility. It is easy to think "I have not been called to come to the king." Responsibility means action, maturity, and initiative. But we often do not want to disrupt the regular routine of our lives. We are tempted to stay with our families, remain in safe environments, and stick to our daily routines, asking ourselves "Who am I to take on the world's problems?"

Mordechai's poignant and incisive statement removed Esther from the palace and moved her into action. It made it clear that she was in a position of influence and that the time had come. It stressed: You have achieved status, you have attained power, you have received professional recognition. If you do not do what is in your power, someone else will. You will exit the stage of history just as you entered it. "You and your father's house will perish": no trace of you and your family will be left; you will have made no impact whatsoever. Women's leadership has an opportunity to prove itself and to draw on examples from our glorious past. You have a chance to be a queen, to be a leader, to make a difference.

For many years, the Ruderman Family Foundation has worked with dozens of community organizations in our efforts to integrate people with disabilities in society and in the community. During the course of our work, we have met hundreds of good people—professionals and visionaries who are prepared to take on many responsibilities. But there are still many people who do not assume responsibility. There are many reasons for their inaction and many barriers that impede their ability to repair the world: low budgets, complicated bureaucracy, a lack of professional personnel, social criticism, and many other reasons, some good and some less so. In the spirit of the Book of Esther, we might ask these good people: "Who knows that you have not come to your position for a time such as this?"

On Purim, children dress up as Queen Esther in frilly dresses and as knights in shining armor. Perhaps we, as adults, should look inside ourselves to find the power that is inside us, and take on the noble responsibility of repairing the imperfect reality around us.