In an article published in Makor Rishon in honor of Yom Yerushalayim (Jerusalem Day), IDI Vice President Prof. Mordechai Kremnitzer shares thoughts on Jerusalem, a city that symbolizes what is most beautiful and exalted in Jewish culture: the commitment to law and morality, to justice and mercy.

I am sorry to say that I wasn't born in Jerusalem. But for as long as I can remember, I have been attached to the city, loving it and binding my life to it. Most of the most memorable moments of my life, moments when my heart skipped a beat, are associated with Jerusalem: returning home on the bus, just before midnight, as the radio plays "Jerusalem of Gold" from the 1967 Israel Song Festival just before the Six Day War; the breaking news announcing that the Western Wall has been liberated; the euphoria and exhilaration at the first Independence Day parade in Jerusalem after the Six Day War, and the belief that Israel's wars were finally over.

The best years of my life, when I was a university student, were spent at the Hebrew University Law School. In my last year, we returned to the Mt. Scopus campus and its panoramic view of the city, stretching as far as the Dead Sea and the Mountains of Moab. 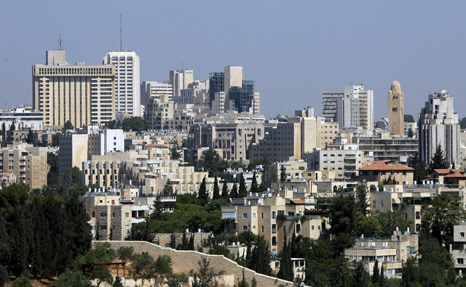 No place can compete with Jerusalem's beautiful landscapes, the crisp air that does not lose its cooling moisture even on a hot day, or the sweet stillness that descends on the city as the Sabbath approaches. No city can compare with the history Jerusalem carries, so heavy and burdensome, while imbuing the ground on which we walk with multiple levels of meaning, and especially with the realization of the longings of generations that dreamed and prayed and yearned for return. From this respect, I find it hard to understand my friends and colleagues who are leaving Jerusalem. I look at them with sadness and compassion.

Jerusalem embodies the complexity of Israeli existence. It is a city of stark contrasts: the most Jewish, the most ours, the most particular—but at the same time, the most universal and belonging to the whole world. It brings together the Holocaust, war, and independence: Yad Vashem, Mt. Herzl, and the institutions of the sovereign State that represent the rebirth of the Jewish people in its land. The city symbolizes both destruction and redemption. It expresses the dream of a united city and the shattering of that dream—a city whose two parts were never truly rejoined, which may have free passage between its two sides, but still has a wall in its heart. Above all, Jerusalem holds out the hope for peace and the danger of war and bereavement. It is the crossroad at which we stand and weigh our choices. 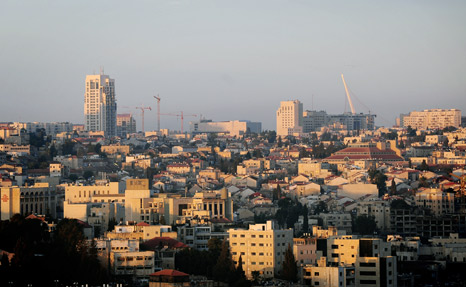 For me, Jerusalem symbolizes what is most beautiful and exalted in Jewish culture: the commitment to law and morality, to justice and mercy, and the understanding that it is not the ritual and not the holiness of the place that matter: "Do not put your trust in deceptive words and say, 'The Temple of the Lord, the Temple of the Lord, the Temple of the Lord [will protect us]' " (Jer. 7:4). "I loathe, I spurn your festivals. ... If you offer Me burnt offerings or meal offerings I will not accept them" (Amos 5:21–22). "No, if you truly amend your ways and your actions; if you truly do justice between one and another; if you do not oppress the stranger, the orphan, and the widow; if you do not shed the blood of the innocent in this place; ... then only will I let you dwell in this place" (Jer. 7:5–7). "But let justice well up like water, and righteousness like an unfailing stream" (Amos 5:24).

As the Hebrew name of Jerusalem suggests, Jerusalem symbolizes shalom, peace—not only as a vision for the End of Days, but also as an aspiration to be pursued constantly, faithfully and conscientiously, untiringly, and without yielding to despair, until it is achieved.

And for peace to come at last, for it to come closer, we must see beyond the rightness of our cause; we must not be blind and oblivious to the Other. Our hearts must be open to the injustices we do to others. We must not look for excuses or alibis. We must not substantiate the closing lines of Yehuda Amichai's poem "Alibi": "... And there are days when everything's an alibi: I wasn't there, I didn't hear/ I only heard the explosion from a distance and I ran away, saw the smoke/ but I was reading a newspaper..."

Without peace, Jerusalem cannot be shalem, complete. It will remain an unfulfilled promise. A murky tint will be added to its many colors, and its many flavors will be joined by the bitter taste of lost opportunity.

Prof. Mordechai Kremnitzer is Vice President of Research of the Israel Democracy Institute and a Professor Emeritus at the Hebrew University of Jerusalem Faculty of Law.

This article was published in Hebrew in a special supplement for Jerusalem Day published by the Makor Rishon weekly newspaper on May 23, 2014.