In an article in The Jewish Week, Gitit Paz, a young scholar in IDI's Human Rights and Judaism project, discusses the status of mamzer in Jewish law and in contemporary Israel. 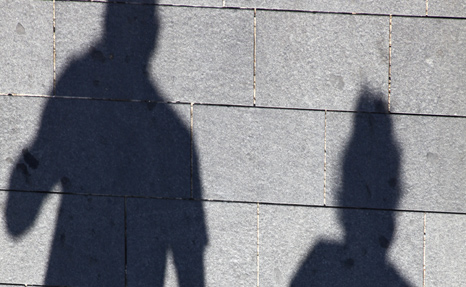 Today, the Jewish concept of the mamzer—the halakhically illegitimate child—may seem to be irrelevant and detached from modern reality. Liberal Western discourse has difficulty relating to it; even for Israeli and Jewish society, it seems to be somewhat archaic. The fact is, however, that this halakhic notion is alive and well.

According to halakhah, a mamzer is the offspring of a relationship that is incestuous or forbidden on pain of death—for example, an adulterous affair. The mamzer is ostracized from Jewish society. Even today, the Israeli Chief Rabbinate does not permit a person who has been deemed a mamzer to marry. Because of the religious monopoly on marriage in Israel, this means that a mamzer cannot establish a legally-recognized family in the State of Israel.

Affixing such a label on a person infringes his or her fundamental human right to dignity, equality, and freedom. This is even less acceptable when the shame results not from the individual's own actions but from those of his or her parents. They sinned, but their child pays the price?!

Classic Jewish texts indicate that the rabbis were aware of this moral quandary. Beyond their verbal expressions of sympathy for mamzerim, we can also see how the rabbis' moral sensitivities filtered into their practice. Though the law on mamzerim was not changed, ways were found to avoid declaring a person a mamzer. An extreme example of this approach can be found in a statement in the Gemara, in Tractate Kiddushin, that God slays mamzerim as soon as they are born, so that there are, in fact, no mamzerim in the world. This approach emphasizes, on the one hand, the terrible shame of the mamzer—in order to deter adultery and express the moral value assigned to the sanctity of the family in Judaism and the value of fidelity in general; on the other hand, this approach entirely abrogates the immoral consequences of the law of the mamzer.

Are the rabbis' moral statements and prevailing inclination to minimize cases of mamzerim enough to pass the test of liberalism? On the one hand, the anti-egalitarian outlook and potential for impairing individual freedom remain. On the other hand, abolishing the category of the mamzer would infringe the principle of religious tolerance and the right to cultural freedom. Similarly, should the phenomenon of mamzerut be so far restricted in practice as to become no more than a cautionary admonition—an educational device rather than a law to be rigorously enforced—it might be possible to have our cake and eat it too. We can maintain the religious norm and respect the cultural tradition without infringing individual rights. The discourse regarding a mamzer that exists only in theory could indeed find a place in the liberal world, even if that liberalism is relatively moderate or conservative.

But a different wind is blowing in contemporary Israeli society. Rather than trying to reconcile the principles of human rights with religion and tradition, some are trying to sharpen and emphasize the tension between them. Those who actively hunt out mamzerim and maintain registrars of their names have discarded the moral sensitivity of the great rabbis of the past and are violating basic human rights. Israeli society loves tradition and adopts it warmly, but religious leaders who choose to interpret tradition in a way that flouts morality and human rights may reverse this trend.

A touching example of how a mamzer should be treated is found in one of the classic Jewish texts of our generation, "And the Crooked Shall Be Made Straight," by S.Y. Agnon, the Israeli Nobel laureate in literature. After its protagonist, Menashe Haim, is mistakenly declared dead, his wife remarries and has a child by her second husband. Were Menashe Haim to return to the town, his wife's son would be declared a mamzer. To prevent this, he decides to hide in the cemetery for the rest of his life, one of the living dead, in order to spare the child the fate of a mamzer. His decision is both heroic and tragic. The son's shameful status as a mamzer will not be discovered and a moral injustice will be prevented. Menashe Haim's conscious decision spares a child who is not even his own, a choice that is in line with the Sages' stance in Tractate Kiddushin.

Minimizing—or even taking the radical step of eliminating—mamzerim is in keeping with the compassion of our Sages. Is the Israeli Rabbinate brave enough to follow their example?

Gitit Paz is a Young Scholar in IDI's Human Rights and Judaism project and is pursuing her PhD at Bar-Ilan University. She is completing her dissertation on "A Generation in Search of Identity: An Inquiry into Contemporary American Jewry."

This article was published as part of a series entitled The Dialogue: Judaism & Democracy, a bi-weekly column by IDI researchers on the dialogue between the Jewish and democratic traditions.