In an article in The Jewish Week, Ms. Ayelet Libson of IDI's Human Rights and Judaism project questions the role of the Israeli Chief Rabbinate and offers her view of what it could be. 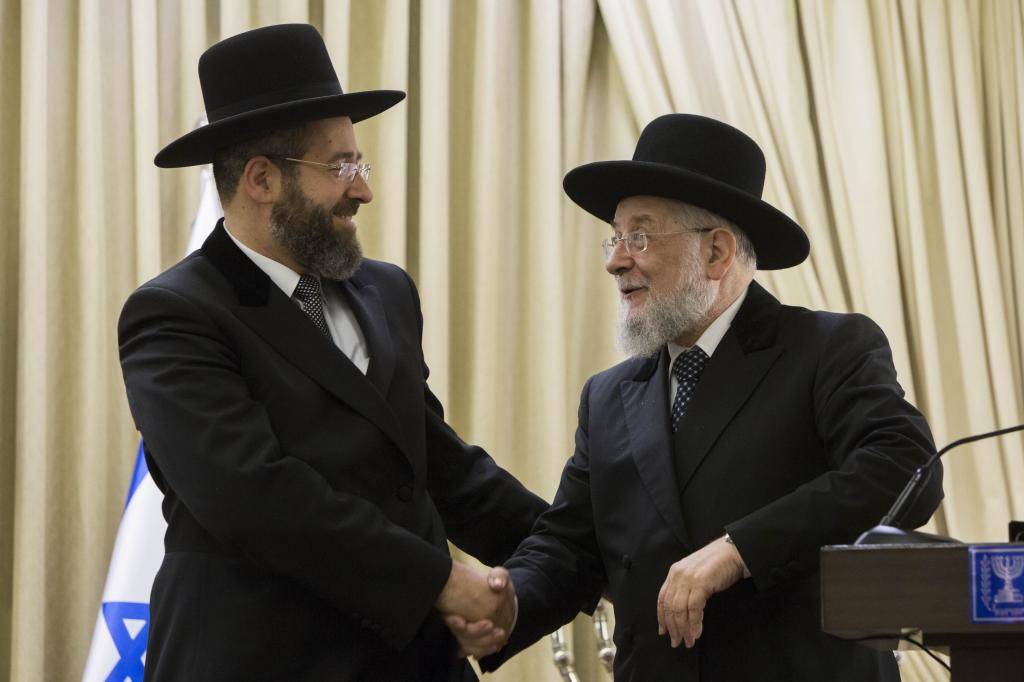 The recent elections for the Chief Rabbinate of Israel demonstrated the depths to which this institution has declined. Among the ultra-Orthodox and Religious Zionist public, the elections were colored by political maneuvers and ugly infighting, while most secular Israelis were completely disengaged from the election process of a bureaucracy that they regard as largely irrelevant to their day-to-day lives.

Although many Israelis probably would not be able to name the two elected Chief Rabbis, they are all too aware of the Chief Rabbinate's designated areas of control. Kashrut certification and personal status issues are the main realms of the rabbinate's authority. The latter category is a broad one, which by law includes determining who is considered a Jew in the State of Israel, as well as responsibility for all Jewish marriage and divorce.

The rabbinate's control of personal status issues has caused increasing furor among Jews both in Israel and abroad. As is well-known, the Israeli rabbinate is composed entirely of Orthodox rabbis, and the laws that govern marriage, divorce, and conversion in Israel are therefore subject to Orthodox interpretation of halakha (Jewish law). According to Israeli law, all Jews must marry through the rabbinate, according to the rules of Jewish law. Consequently, couples who are not permitted to marry under Orthodox law—such as interfaith couples, same-sex couples, and others who cannot marry (such as a kohen and a divorcée)—cannot be recognized by the state as married.

In order to circumvent the rabbinate's infringements of freedom and its monopoly on marriage, growing numbers of secular Israelis embrace civil marriage abroad as an alternative, while small numbers of observant Jews (from all Jewish denominations) marry in private religious ceremonies, forfeiting their legal rights as officially married couples.

Both of these monopolies have begun to stimulate a lively public debate regarding the future of the Chief Rabbinate. One solution that has been called for is dismantling this bureaucracy entirely. A different proposal gaining momentum calls for removing kashrut certification from the hands of the Chief Rabbinate and creating an alternative system, based on supervision from community rabbis. The model of a communal rabbinate has been further developed by the religious organization Ne'emanei Torah Va'Avodah. According to this model, each citizen will be able to choose to belong to a particular religious community, and each community will receive government funding based on the number of its members.

One or more of these solutions may well serve to correct the violation of human rights currently enshrined in Israeli law. They may also serve to lower the level of antagonism between religious and secular members of Israeli society. None of these proposals, however, grapple with a fundamental question that must nonetheless be addressed: Should the State of Israel retain a central institution that embodies the Jewish nature of the state?

I believe that the answer to this question may still be affirmative. Rabbi Abraham Isaac Kook, the first Ashkenazi Chief Rabbi, envisioned the rabbinate as an organization that would embody Jewish values. He saw it as "bringing a spirit of peace between all the parties and factions, and strengthening the Torah and its honor in the Holy Land and throughout the world." The ideal rabbinate would be the principal body concerned with the "Jewish" part of the state defined as both "Jewish and democratic." It would include rabbinic thinkers from all denominations who would reflect on questions of Jewish theology, a think-tank that would release research papers concerning modern problems of Jewish law, and an office in charge of Jewish culture.

From the perspective of human rights, there is one requirement for reinventing the rabbinate in this way. This lofty goal can be achieved only by relinquishing the coercive power of the rabbinate. The Chief Rabbinate's authority should be religious and moral, rather than legal. Only by surrendering its power will the Israeli rabbinate be able to regain its rightful place as a beacon of the Jewish state.

Ayelet Libson is completing her doctorate at New York University and is a Young Scholar in IDI's Human Rights and Judaism project.