Israeli journalist Yair Lapid recently announced his intention to enter politics, sparking both excitement and speculation as to whether he planned to start his own party or to join one of the existing parties. In this op-ed, IDI Former President and Founder Dr. Arye Carmon applauds the entrance of talented, committed people into politics, but stresses the need for them to join one of the large, existing parties in order to stabilize the political system. Dr. Carmon also stresses the need for a “first-right” electoral reform, in which the party with the largest number of votes will automatically receive the right to attempt to form a government. 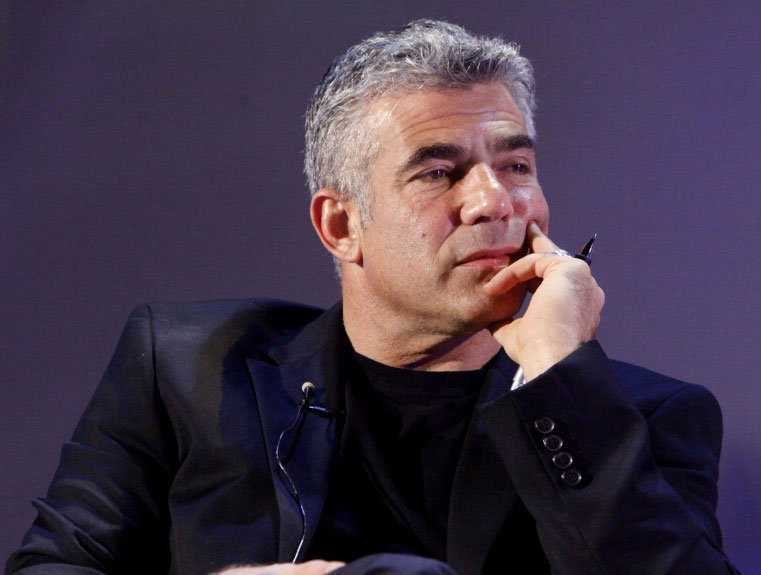 The response of the large aggregative democratic parties to Yair Lapid's entrance into politics should not be another antidemocratic law. If Lapid indeed decides to set up an independent party, their response must be to adopt the electoral reform measure known as "first right," in which the party with the largest number of votes automatically receives the right to attempt to form a government.

A few explanatory remarks are necessary at the outset. Yair Lapid's intentions to enter politics are certainly most welcome. The Israeli political system cries out for talented, concerned people who are willing to dive head first into Israel's roiling political inferno. The proposed law known as the "Lapid Law," which was submitted by MK Carmel Shama in order to block Lapid's entry into the political arena by requiring a cooling off period for journalists, is yet another antidemocratic proposal. It violates a basic democratic right-the right to be elected-and has no parallel in any democracy. We must hope that Yair Lapid does not intend to establish yet another new party, but rather intends to join one of the aggregative democratic parties—i.e. the parties that aim at the general public good, whether political, economic, or social,  as opposed to parties that represent sectorial interests.

Israel's current political map is made up of the following: splinters of the two large parties that accounted for two thirds of all Knesset seats until 15 years ago; undemocratic sectorial parties, which constitute the majority of the parties in the present coalition, and fragments of small parties. This problematic map explains the principal flaws in governance in Israel and reflects the trends towards fragmentation and intensification of schisms that threaten the stability of Israeli society.

Present efforts at changing the form of government focus primarily on rehabilitating the two major party blocs and halting the continued disintegration of Israel's political system. Consequently, it is in the public interest to reform the country's electoral system to facilitate the reconstitution of these two major blocs—center-right and center-left.  Similarly, it is in the public interest to block the emergence of fly-by-night parties such as the Democratic Movement for Change, Shinui, and the Pensioners' Party, which come and go. Politics is not a passing fancy and joining its ranks requires patience, fortitude, and especially internalization of the rules of the game. We do not yet know whether Yair Lapid intends to establish his own party.

By contrast, we should welcome Noam Schalit's decision to follow the conventional political path: He intends to run for office as a representative of an established party, according to that party's rules of the game. Lapid has to understand that the public interest obligates him to behave in a similar manner: he must plunge into the political rapids by joining an existing party—whichever one he sees fit—as is done in all proper democracies.

The Israeli non-profit organizations that have been established to save Israeli democracy are now attempting to join forces and correct our flawed system by formulating a series of recommendations for electoral reform. One of the recommended reforms, "first right," may well serve as a catalyst for rehabilitation of the two large blocs and their gradual transformation into two aggregative democratic parties. According to this method, the head of the party that receives the largest number of votes will become Prime Minister automatically. If this proposal is accepted, center-right and center-left voters will vote for the candidate who has the greatest chance of winning the election. One result will be the merging of parties running for election into one list. This is how the Likud and Labor were formed out of two blocs established during the 1960s.

Our dual assumption is that after several election campaigns, the two party blocs will be reconstituted, and the head of one of them will form a government in which his/her party will have a majority. The power of the sectorial parties, which currently hold the ruling parties hostage, will weaken significantly.

This was the reality of all Israeli governments from the establishment of the state in 1948 until 1996, when the damaging direct election system, which has since been repealed, was instituted: the ruling party always had a majority among Cabinet Ministers.

The "first right" system, together with an additional nine-step package, is likely to bring about the desired reform in our flawed system. Instituting reform, however, is no easy task. The power held by the sectorial, non-democratic parties is a major obstacle along the long road to political reform.

The possible establishment of a Lapid party will impose another obstacle, will fragment the party map even more, and will severely impede efforts at reform. It is in the public interest to stabilize our system of government. Lapid is to be commended if he joins one of the existing parties and works from within rather than creating a stumbling block that the democratic public ought to oppose.

Dr. Arye Carmon is the Former President and Founder of the Israel Democracy Institute and is one of the founders of Save Israeli Democracy.

This article was originally published in Hebrew in the Globes business daily on January 10, 2012 and has been translated and published with permission. The article in the original Hebrew can be read here.