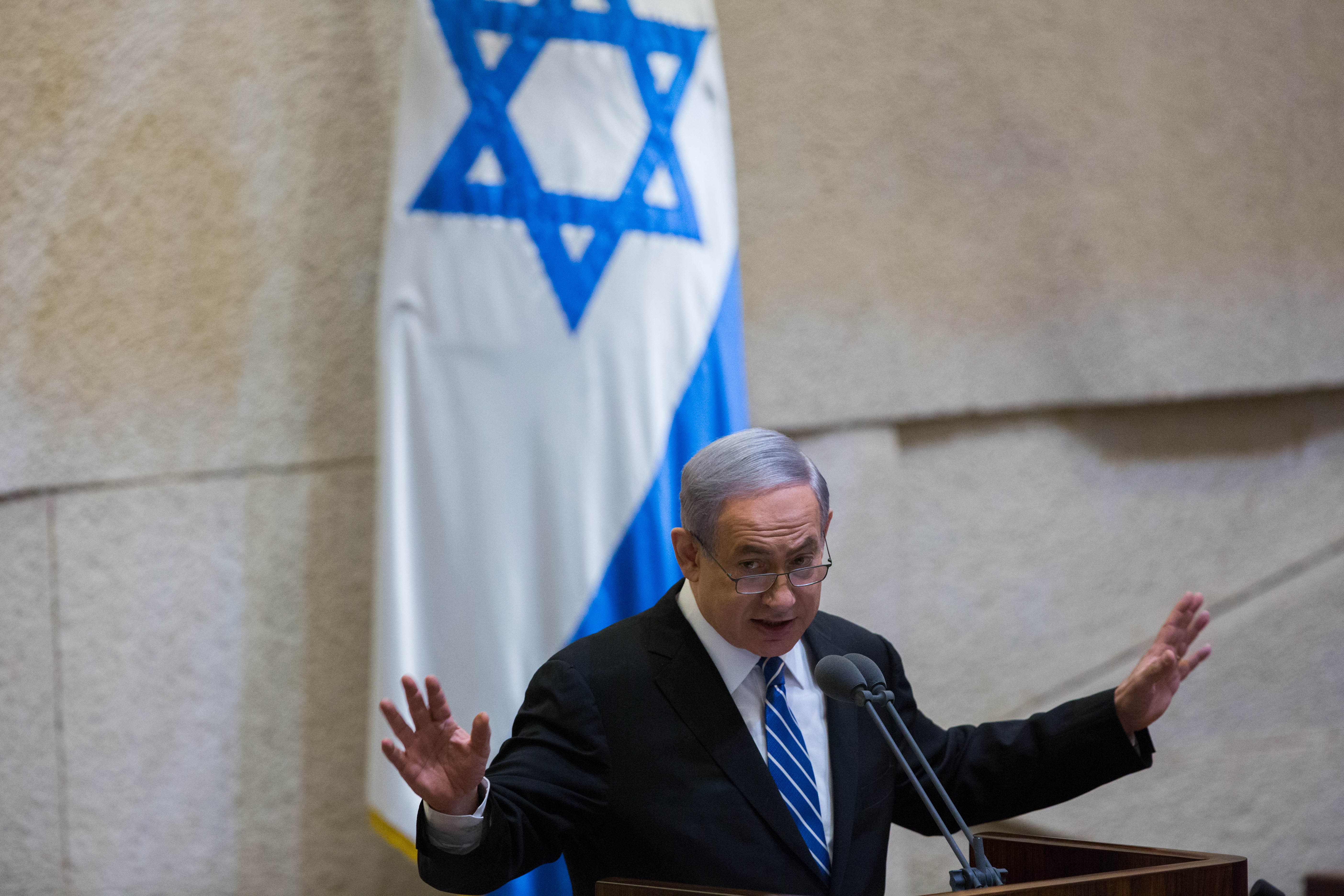 Trust in public institutions has been falling for years, and now it’s reaching critically low numbers. But the Israel Democracy Institute is offering some solutions that might help turn things around.

First, the data from its recent polling:

The other is a relatively new phenomenon: social media.

People don’t realize, says Plesner, that the parties are small and weak institutions.

Once upon a time, there were party-affiliated organizations and institutions touching almost every aspect of a citizen’s life, such as youth movements, newspapers, sports clubs, trade unions, even healthcare organizations.

All these local affiliations provided their parties with institutional clout and financial resources.

Today, the majority of these organizations has either vanished or is completely detached from politics, leaving every party pitifully poor.

“A decade ago I was secretary-general of Kadima, the largest party in the country. Our party was considered the wealthiest, and I ran a budget of only $5 million a year,” says Plesner who was a member of Knesset (2007-2013) for the now defunct party. “It’s the equivalent of a mom and pop shop, a grocery store! This is one aspect that people are less aware of – these parties are weak institutions.”

The internal election system within parties is also a problem. On the one hand, there is the primary system that began with potential in the early 1990s but has now become a “bankrupt structure,” says Plesner, because of the activist element within each party that draws it to the fringes.

“The remedy that was introduced was the single-decision-maker party, where the decision-maker nominates everyone and basically makes all decisions. It’s not a political party in the sense of an arena that grows leadership, has authentic representation of different aspects of society, and serves as a platform for debating and contesting ideas. The single- manager, single-leader parties became a solution to the genuine sicknesses of the party primaries, but they solved one problem and created another.”

Plesner says many factors contribute to a growing irrelevancy of political parties, not the least of which is social media.

“It was initially perceived as the epitome of a democratic means of exchange of information and communication, and in a sense manifesting democratic ideals. But we discovered that social media has played a role in helping break existing democratic institutions, such as political parties.”

The change in the public’s feelings toward politicians and political parties cannot be “blamed” on social media. It is no one’s fault, just a classic example of the law of unintended consequences.

“When Mark Zuckerberg created Facebook, he didn’t have in mind what it would do to our democratically elected institutions.

He thought it would be a nice way of sharing information between friends,” notes Plesner.

One unintended consequence of the force of social media has been a transformation toward the personalization of politics, whereby the individual politician becomes the brand, while the importance of the political party declines.

“People are no longer identifying with parties, with institutions,” Plesner says.

“They no longer see themselves as part of a party. It’s more about the personality of the No. 1: ‘Do I sympathize with him?’ ‘Do I like him?’ ‘Is he like me?’ ‘Do we belong to the same identity group?’ This gives rise to identity politics, questions of character and not so much ideology.

And in this respect, the party becomes less important.”

The result is that parties barely have any kind of serious ideological discussions about policy.

“THERE ISN’T even a pretense of pretending to have those kinds of debates and discussions about ideas, and what the party represents,” says Plesner.

In Israel, the personalization of politics is more extreme than elsewhere. Israeli citizens, more so than the citizens of any of the other 24 democracies studied by IDI, prefer to “like” the leaders of their parties on social media instead of the parties themselves.

Some Israeli politicians, such as Prime Minister Benjamin Netanyahu, Yair Lapid and Naftali Bennett, stood out for the absolute number of online followers they attracted – even more than politicians in countries far more populous than Israel.

Part of their popularity can be attributed to their being social media savvy. On the web, politicians gain easy, inexpensive and direct access to their constituents without going through traditional media or party networks. Indeed, Israeli party leaders were more active on Facebook and Twitter than most of their counterparts in other democracies.

Gideon Rahat, director of IDI’s Political Reform program, says to break the domination of the individual, “you have to take personalization and put it back within the party.

“So imagine you are tweeting, or connecting on a Facebook page, with a party.

But he is doing it within the party’s web page, from its twitter account. This would be a huge difference. It sounds romantic but it is not. What is the party at the end of the day but a collection of people?” Plesner encourages the parties to leverage the digital tools available to grow party engagement on social networks.

This, he says, would drive people to take part more regularly in the political process, as voters logging onto Facebook and Twitter would not only hear from individual politicians promoting their personal agendas.

One idea often floated is to raise the vote threshold for passing entry into the Knesset. 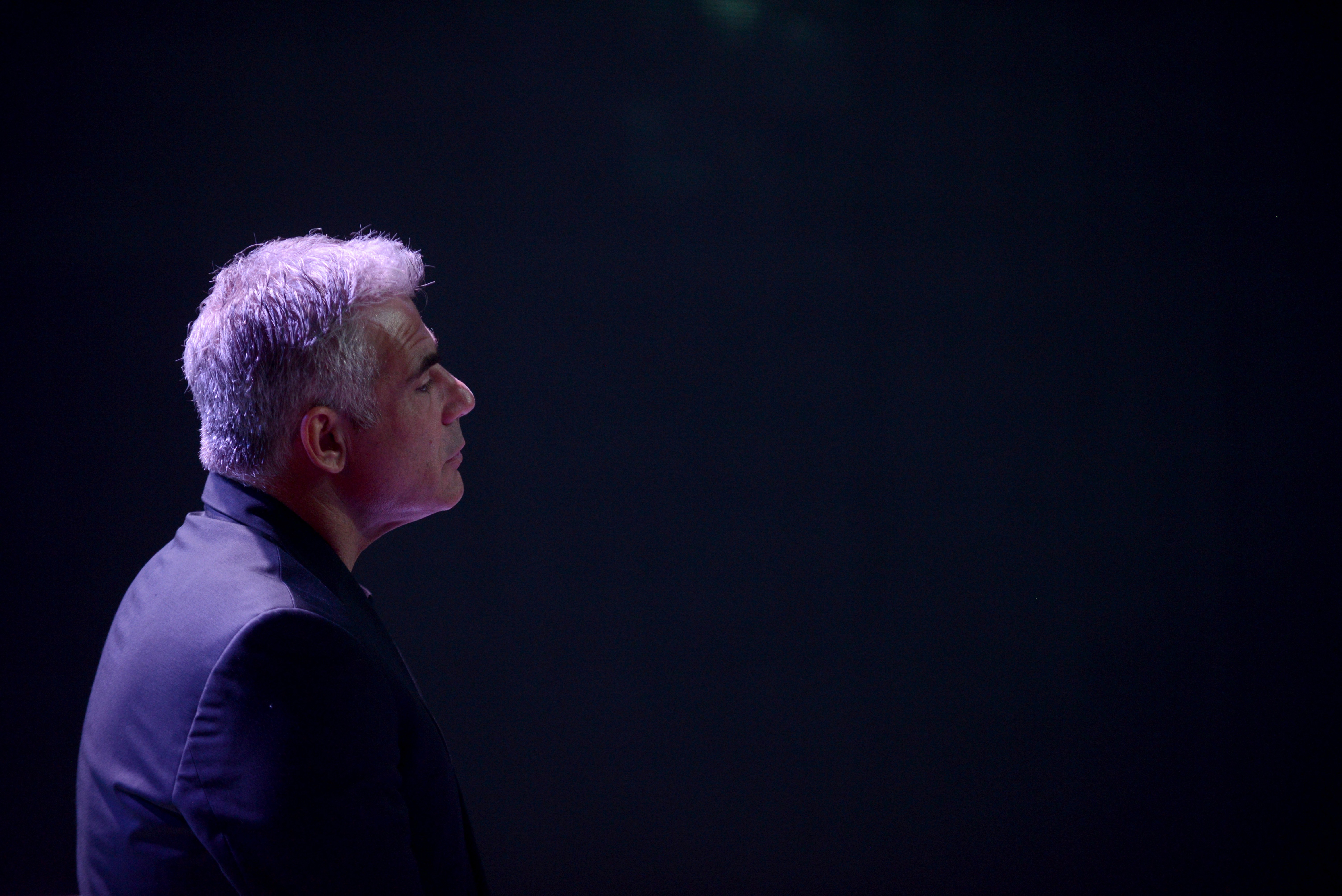 Yair Lapid is the single decision maker in his Yesh Atid party.

“THE REMEDY cannot be a higher threshold - the threshold is now at a moderate level, and should be kept there because otherwise it would block important parts of society from gaining representation in the Knesset,” Rahat says. “So the level right now is OK, 3.25%, somewhat moderate, and you cannot really raise it more than 5% without being too harsh. So this is not the solution.”

Rahat continues, “Our idea is giving incentives to political parties and politicians to run in clear pre-election coalitions. The idea is that after the election, the prime minister would be the one who is heading the list that got the highest percentage of votes.

He or she would be the prime minister unless there is a coalition of 61 members of Knesset or more who are ready to support an alternative designate.”

IDI’s solution to internal party structure issues would be to hold semi-open primaries.

The parties would receive funding for their internal elections in exchange for a thorough regulation. Opening up the parties would enable a much broader segment of the public to take part in choosing the party leader and the list of candidates for the Knesset.

“In this way, future members of Knesset will not have to be liable to small niche interest groups, whether its extreme ideological interests, economic interests or municipal interests,” says Plesner. “All of these will be meshed together in a much larger pot.”

More open primaries would require establishing screening mechanisms to weed out extremists, such as requiring payment of a nominal fee and a statement of ideological affiliation. That would make it difficult for external opponents to sabotage a candidate or party from within. Plesner recommends that primaries for every party be held on the same day, paid for and run by the General Election Committee.

The state should also step in and help the main parties financially, by allocating party funding so that part of it is designated for ideological activity and not spent solely on campaigns. A think tank foundation or ideological center would be established for every party above a certain threshold, provided by the government.

“We see it in Germany, where each party has an affiliated foundation,” explains Plesner.

“There are very strict rules regarding the use of their federal dollars. You can’t spend them on buying off activists. But they actually have serious research arms, and they become serious bodies that generate ideas, debates, they grow leadership – so they serve some of the really important roles that parties should serve.”

Plesner says that when Germany started rebuilding its democracy after World War II, the country understood that those democratic institutions could not be taken for granted, and should be supported.

“As long as you set serious criteria to ensure that the money is spent properly – and enforce those criteria – then it is better to provide public funds. And, it ends up becoming a lot cheaper than relying on donations for which someone then owes favors,” says Plesner.

Plesner and Rahat are hoping their reform recommendations to strengthen political parties will be applied, thereby reversing the public’s growing lack of trust in institutions and political parties. No less than the continued viability of Israel’s democratic form of government is at stake.