United Nations recognition of Palestine as a state would confront Israel with complex challenges, but would also have some hidden benefits. In this article, written in advance of the Palestinian Authority's planned appeal for U.N. recognition as an independent state, IDI Senior Fellow Prof. Yuval Shany describes the risks and potential opportunities contained in such international recognition. A Hebrew version of the article was originally published in the financial daily Globes on September 14, 2011. 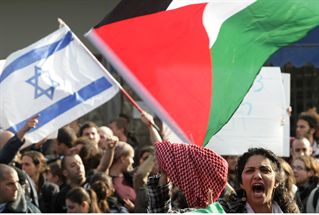 From Israel's perspective, however, there are also some real advantages to having the international community relate to Palestine as a state. First, in the current situation, there is widespread international support for the rights of the Palestinians, but it is not at all clear which set of legal obligations is binding on the Palestinian Authority in its relations with Israel. For example, with regard to the separation barrier, the International Court of Justice in The Hague opined that Israel has a right to defend itself against attacks originating in foreign countries, but not against attacks coming from the Palestinian territories, since the Palestinian Authority is not bound by the provisions of the U.N. Charter regarding the prohibition of the use of force. Recognition of Palestine, thus, would crystallize the legal obligations of the Palestinians and end the legal asymmetry that currently exists between the two sides of the conflict.

Finally, international recognition of a Palestinian state may be understood by the world as fulfilling the right of Palestinians to self-determination. This process may thus "frame" the Israeli-Palestinian conflict differently than it has been framed until now. In the past, the Israeli presence in the territories has been seen by many members of the international community as an illegitimate act that is denying freedom to an oppressed people. If a Palestinian state is recognized, however, the Israeli presence in the territories may be seen as a reflection of a border dispute. In other words, it could lead to transformation from a situation that seems to have elements of colonialism, in which a veteran, established state controls a people that is fighting for its independence, to a more "normal" conflict between two independent states that are subject to the same system of international law. It would therefore appear that the current developments at the United Nations not only contain risks to Israel (especially in the short term) but also potential opportunities (especially in the long run).

Prof. Yuval Shany is a senior fellow at the Israel Democracy Institute and a lecturer on international law at the Hebrew University of Jerusalem.

A Hebrew version of this article was first published in Globes on September 14, 2011.