In an op-ed in Maariv, IDI Vice President Mordechai Kremnitzer and Attorney Amir Fuchs warn that the proposed amendment to Israel's Anti-Defamation Law, which would allow IDF soldiers to bring a class action suit for libel when the operational activities in which they participated are criticized in the media, will have the opposite of its intended effect. 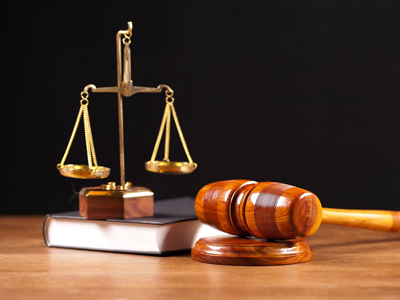 On June 11, 2013, the Knesset Constitution, Law, and Justice Committee will meet to discuss an amendment to Israel's Anti-Defamation Law that would allow soldiers in the Israel Defense Forces to sue for defamation, by means of a class action lawsuit, in cases in which the operational activities in which they participated are criticized in the media. [This bill has been dubbed the "Jenin-Jenin Law," as it was inspired by Mohammed Bakri's documentary film "Jenin Jenin," which concerned the activities of the IDF in the Jenin refugee camp in 2002. IDF soldiers who wished to sue for libel in that case could not because no individual soldiers were named by the film.]

First, it must be said that the proposed legislation is a major exception to the general rule that no public body—as opposed to an individual—has the right to sue for insult and slander. No national group, persecuted racial minority, group of professionals, or undefined public is entitled to sue for defamation, even if the members of that group feel insulted and are outraged by the collective libel that has been leveled against them. This is because according to the balance found in Israel's Anti-Defamation Law, an injury that is not specific, but rather is directed at a general public, does not damage the good name of the members of that group—at least not to an extent that can justify a libel suit.

As soon as an utterance, or any kind of creative work, is subject to defamation suits, it is threatened by a force that can have a powerful, chilling effect on it: the threat of a lawsuit. Even if the suit has no basis, even if it is later rejected, withdrawn, or settled, the very threat of a lawsuit may make people refrain from publishing content that involves a certain degree of risk.

Despite the fact that public bodies generally cannot sue for libel, Israel's existing Defamation Law allows criminal prosecution for libel—even in cases of slandering a group—but it gives the Attorney General discretion on this matter, as it should. This provision was intended for rare and special cases, in which criminal prosecution is warranted for reasons of the size of the group, its character, its strength, and the options that it has for restoring its reputation.

Given the above, one wonders why it is that the army, of all groups in Israeli society, deserves special protection that can be realized through a class action lawsuit brought by soldiers. One would think that a public authority such as the army should be subject to more criticism than other bodies rather than less. In England, a ruling was issued that a local authority cannot sue for libel, and it would be logical to extend this ruling to any governmental authority. This logic is especially relevant to the Israel Defense Forces, which we call the "most moral army in the world," as criticism is vital if the IDF is to retain its morality.

The Israeli army actually has many means at its disposal for explaining itself and for refuting allegations that are leveled against it, especially when those allegations are false. We must avoid the temptation to turn the court into the body that determines the veracity of claims, as there is a real and grave danger that the court may fail and rule that true is false and false is true. The fact that the court ruled against the findings of the Landau Commission regarding the use of torture by interrogators of the General Security Service indicates that clearly.

The proposed bill will actually have the opposite of this intended effect. This amendment, which would make the Israeli army the only public body in Israel that can file a libel suit, will sully the name of Israel as a democratic state. Israel will be seen as a country that has something to hide and silence. And as a result, rather than being a blessing, the law will be a curse.

Prof. Mordechai Kremnitzer is Vice-President of Research at the Israel Democracy Institute.

A version of this article was published in Hebrew as "Shooting and Suing" in the Maariv daily newspaper on June 11, 2013.