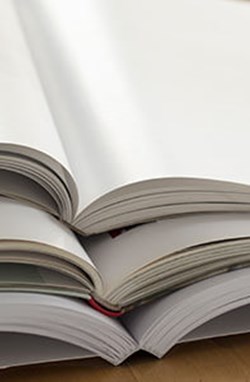 A summary of the eighth session of IDI’s Army and Society Forum, which focuses on the IDF’s role as a catalyst for developing the Negev through the relocation of army bases from the center of Israel to the south. Topics include: infrastructure and environmentalism; municipal, economic, and employment aspects of transferring bases to the Negev, and maintaining the IDF’s human resources in the wake of the move.

The eighth session of IDI's Army and Society Forum (ASF), which took place on December 17, 2007, was dedicated to the role of the Israel Defense Forces as an impetus in the development of the Negev, by means of the transfer of military bases from the center of the country to the Negev. Participants included members of the General Staff, senior officers, scholars from the Israel Democracy Institute and other research institutions, and representatives of government ministries and local councils in the Negev. Three main topics were discussed: infrastructure and environment; municipal, economic, and employment aspects of the transfer; and preservation of human resources of the IDF following the move.

With regard to infrastructure and environment, the discussion focused on the investment required to create and upgrade infrastructure (cost-benefit analysis). Regarding the environment, the demands of the IDF must be balanced with the need to maintain the ecological space, i.e., land (including the problem of firing ranges), water, sky, and flora and fauna. Suggestions about ways of achieving this balance were offered.

The discussion about municipal, economic, and employment aspects of the transfer centered on strengthening the periphery vis-à-vis the military’s needs (how to best meet local and military needs), and foreseeable and desirable interactions between the IDF and the local and civilian systems. The question of balance was also raised, i.e., the isolation of the military as opposed to its integration into the area where it has its bases. The IDF’s national and social missions relating to the service space and the effect of the transfer on the Bedouin minority and its interaction with the IDF were also discussed.

Regarding conservation of the IDF’s human resources following the move, it was determined that it will be necessary to maintain high quality human resources during the move to the Negev and to develop support systems that are suitable for the new conditions and the local population. Speakers discussed the need to transfer soldiers’ families to the areas where they serve, the psychological and sociological effects of the move on the families, and the possibility of developing and adapting support systems (such as education, employment, and healthcare) following the move. The question of the division of responsibility between the IDF and the State with regard to the wellbeing of the military families that move to the new bases was also raised.

Summary of the Event (Hebrew)