Why didn't the religious community in Israel participate in the socio-economic protest of the summer of 2011? In this op-ed, published on the Ynet Hebrew website just before IDI's Conference on Poverty in the Jewish and Democratic State, IDI Senior Fellow Prof. Shahar Lifshitz of IDI's Human Rights and Judaism project reflects on this question and discusses the need to developing a pluralistic language that includes both particularistic Jewish values and universal democratic values. 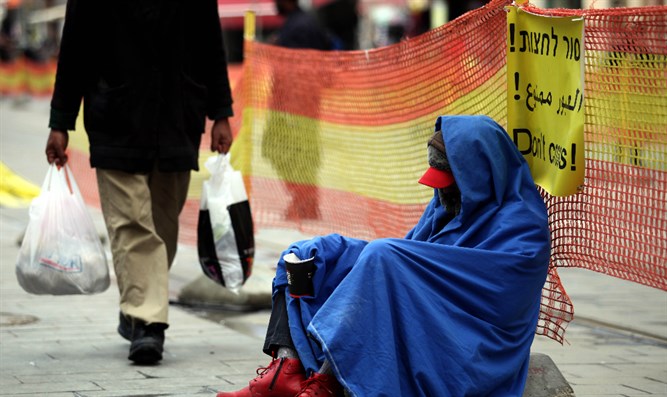 For there will never cease to be needy ones in your land, which is why I command you: open your hand to the poor and needy kinsman in your land.

Thus said the Lord: Do what is just and right; rescue from the defrauder him who is robbed; do not wrong the stranger, the fatherless, and the widow; commit no lawless act.

The Torah and Jewish law display extraordinary sensitivity to the needs of the poor and the underprivileged-especially the stranger, the orphan, and the widow—even at the expense of the legal and economic rights of the rich and the creditor. The Prophets of Israel were the first to stand at the city gates and advocate social justice. And in today's Israel, out in the field, religious Jews and religious organizations are prominently involved in charitable activities and benevolence of all kinds.

Nonetheless, this past summer, when the social protest erupted at a moment of grace—extending beyond the regular Israeli agenda and calling attention to issues of distributive justice, responsibility for the weak, and social rights—the religious community did not play a leading role. With just a few exceptions, rabbis and other leaders of the religious community were almost completely absent from the protest, and there were few representatives of the community in the market square that gave rise to the protest.

Why did Israel's religious community absent itself from the protest? Some people have offered political and sectorial explanations of this phenomenon: At least at the outset, the protest was identified with the left; it focused on "egoistic" complaints of secular, middle-class residents of Tel Aviv; it targeted Prime Minister Benjamin Netanyahu personally, and it was led by individuals who were seen as having a questionable commitment to Zionism. As such, the religious Zionist community did not identify with the protest. Beyond these sectorial and political explanations, however, I feel that there are more powerful undercurrents beneath this phenomenon.

The Jewish concept of social welfare largely took shape within the community framework of the Diaspora. As a result, the rhetoric used by Jews use today speaks of "charity" rather than "distributive justice," and refers to commandments or religious obligations that bind the giver, rather than to social rights that the needy can demand. In the realities of Diaspora Jewish life, Jewish discourse regarding the obligation of the Jewish state toward its citizens did not develop. The establishment of the State of Israel challenged modern Judaism to adapt and refine Jewish conceptions of charity and poverty to suit the realities of sovereignty, the welfare state, human rights, and the principles of distributive justice. In my opinion, the religious community's confusion regarding the summer's socio-economic protest reflects the fact that the response to this challenge has only been partial to date.

Israel is defined as a Jewish and democratic state. Polls show that an overwhelming majority of the Jewish citizens of the state see Israel's dual Jewish and liberal-democratic identities as important. Unfortunately, however, the State of Israel has not yet succeeded in developing a pluralistic discourse that includes both particularistic Jewish values and universal democratic values. In the field of social justice, there is potential for fruitful dialogue between Jewish and democratic values. On the one hand, such dialogue is likely to enrich traditional Jewish attitudes toward charity and the poor by introducing modern thinking about social rights and distributive justice to religious discourse, and by entrusting the community's traditional responsibility for its members to the modern welfare state, which serves all citizens, Jews and non-Jews alike. On the other hand, this dialogue will enable Judaism to make a significant contribution to the modern social discourse that is emerging in Israel.

The social protest underwent an interesting and exciting process of development during the course of last summer. Initially, it was seen as a protest of a specific sector: young middle-class adults. As the summer progressed, however, the protest led to broader civic thinking about all aspects of social justice and solidarity among varied groups in Israeli society. I fear, however, that Western human rights discourse, which presents the state with a series of demands-no matter how justified they may be and how much legal grounding they may have-may at times sacrifice the personal and collective responsibility that the Jewish community has traditionally required of its members. Hence I believe that introducing the values of Judaism to the discussion is likely to make a decisive contribution toward the continuation of this trend. When Jewish discourse, which has developed a unique language of obligations and responsibility, is introduced into modern social discourse, it is likely to lead to the development of a more balanced package of rights and obligations among citizens of the state and between them and the state. As a result, both Israeli society and the State of Israel, as a Jewish and democratic state, will benefit from the development of a new pluralistic discourse, which integrates these two types of discourse.

Prof. Shahar Lifshitz is a Senior Fellow at the Israel Democracy Institute and is a member of the Faculty of Law of Bar-Ilan University.

This article was written in advance of IDI's Conference on Poverty in the Jewish and Democratic State and was originally published in Hebrew on the social activism channel of the Ynet website on March 21, 2012.