The Israeli Supreme Court's ruling that the Tal Law is unconstitutional has been hailed as a step towards guaranteeing that the burden of Israel's defense will be shared equally by the country's citizens. But will striking down the law that allows full time yeshiva students to defer their military service really have its desired effect? In this op-ed from Yedioth Ahronoth, Prof. Yedidia Stern warns that this ruling may actually hinder the integration of the Haredi community into Israeli society rather than promoting it. 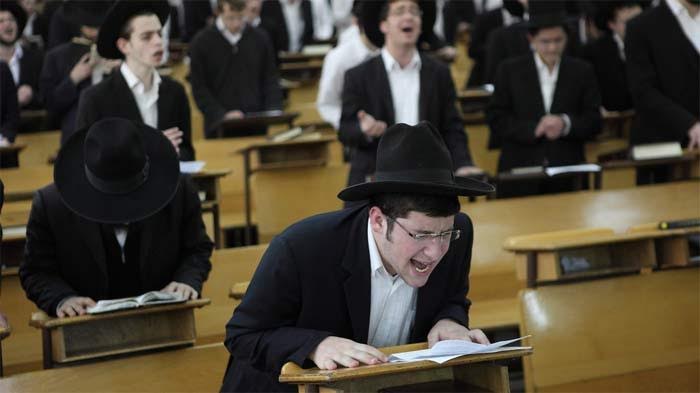 The ultra-Orthodox community claims that its members do not serve in the Israeli army because "Torah is their profession." According to their world view, Torah study is the real solution to Israel's security problems. However, even people who believe that such assertions have merit—as I do—cannot be convinced of their sincerity, since most ultra-Orthodox Jews in Israel, including the Haredi lay leaders who adorn the benches of the Knesset rather than those of the Beit Midrash, do not study Torah full time and do not fulfill the ideal of "You shall meditate therein day and night." Everyone agrees that if ultra-Orthodox men were to be allowed to join the workforce without serving in the Israeli army, Haredi yeshivot would thin out dramatically. Why, then, do most Haredim in Israel avoid serving in the army?

Haredim avoid the army for good reason. They fear that exposing young men who have been cloistered behind the "walls of holiness" to military service, with its high levels of adrenaline, will change their identity. Replacing the thrill of mastering a Talmudic question with the thrill of storming a building, firearm in hand, at an impressionable age when external influences are absorbed, could damage the unique identity of the next generation of this distinct cultural group. Honest people with liberal world views must ask themselves the extent to which a state should impose a practice on a minority group, when that practice is likely to decrease the community's ability to preserve its way of life.

The Israeli army recognizes this difficulty. In response, it has created unique programs that enable ultra-Orthodox soldiers to do their military service within a framework that serves as a safe haven for their distinct identity. The ultra-Orthodox are similarly given the option of performing national civil service in settings that will enable them to maintain their uniqueness.  These positive trends have been developing during recent years under the auspices of the Tal Law. Five years ago, only 300 Haredim served in the army or performed national civil service. By 2010, however, this number had grown to 1,650—a quarter of all the eligible recruits in the ultra-Orthodox community during that year. Were this trend to continue at the same rate during the coming years, the burden of service would eventually be distributed equally—without coercion, and without a new law—within a decade.

Israeli Supreme Court President Dorit Beinish, however, holds that the process of change started by the Tal Law is insufficient: It is too little, too slow, and the issue is too important. She stresses that today the number of ultra-Orthodox men who declare that "Torah is their profession" and who are accordingly exempt from military service is greater than the number of those who serve. This is true, but it misses the historic change in the trend: While in the past, a Haredi soldier would take off his uniform before returning home, lest the disgrace of his service be seen by the community, today his mother has no qualms about hanging his uniform out to dry on her balcony. Every recruit in the Haredi community has a large reference group—dozens of cousins, friends, and neighbors—who are watching him and who would like to emulate him, if they are persuaded that nothing grievous in fact comes out of military service. They, and their rabbis, are only interested in one thing: that members of the community who serve in the army remain ultra-Orthodox.

The Supreme Court decision may turn out to be a historic mistake: It may reverse the current trend of integration in Israeli society that has begun to emerge among the Haredi community and nip the change in the bud. It is regrettable that the Supreme Court, which refrained from ruling on this issue for 30 years, was not prepared to wait just a bit longer until the process of social change could come to fruition. Today is a dramatic time for ultra-Orthodox Jews in Israel: The era  of leadership of the great rabbis is coming to an end and the beginning of a more democratic model of leadership is now evident, there has been a steady flow of ultra-Orthodox students to institutions of higher education (enrollment has jumped by 250% in the last five years), exposure to the Internet is growing, leading to a broader perception of reality, and an ultra-Orthodox middle class is beginning to develop in Israel, one that has had enough of a life of abject poverty and that is guided by the invisible hand of Adam Smith.

These are new and fragile changes, with a very uncertain future. The Supreme Court ruling threatens these achievements. It is likely that the conservative forces within the Haredi community will rally around this decision, as if it were a trophy. They will do everything in their power to hoist the flag of separatism once again, and breaking off relations is their favorite weapon. It is a shame that the Supreme Court has played into their hand.

Prof. Yedidia Z. Stern is Vice President of the Israel Democracy Institute and a professor of law at Bar-Ilan University.

This article was originally published in Hebrew in Yedioth Ahronoth on February 23, 2012.