Rabbi Dr. Benjamin (Benny) Lau expresses support for the proposed civil union bill, which would allow couples who do not want to marry in a religious service to form a legally recognized union and be eligible for the benefits and responsibilities associated with marriage. 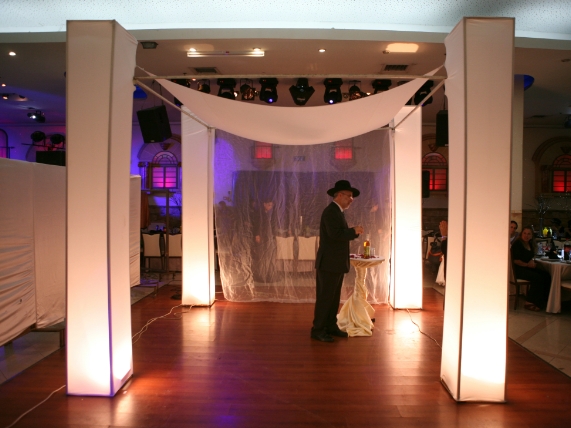 The Knesset's winter session has just started, but it is already apparent that the big storms in the coming season will be related to matters of religion and state.

It is important to differentiate between two types of proposed legislation.

Some of the religion and state bills that have been submitted to the Knesset aim to curtail the ultra-Orthodox domination of the state rabbinate. Examples of this type of legislation are the "Tzohar law" that passed last week, which allows couples to register for marriage with the rabbinate of any city, and the conversion law that is being submitted today, which seeks to enable municipal rabbis to establish conversion courts in their cities.

These laws are administrative laws that are designed primarily to make it easier for rabbis who identify with the Zionist enterprise to help the hundreds of thousands of immigrants who are Jewish by identity to convert but who are in need of conversion according to Jewish law. Conflict over how such people should be treated created a great rift between religious Zionism and ultra-Orthodox Judaism in Israel, and the current legislation aims to return the power to Israel's Zionist center. This type of legislation should be supported by all Knesset members who see themselves as part of the Zionist movement, across political party lines.

Other laws related to religion and state center on the tension between Israel's identity as a State that is founded on Jewish tradition and its identity as a State that is based on the Western, liberal values of human rights. An example of such a bill is the "civil union" bill, which has been proposed as a way of neutralizing the power of Jewish law and of freeing the citizens of Israel from the rule of the religious establishment.

In the case of the civil union bill, it is important to weigh the benefits against the cost.

On the surface, it would appear that the proposed legislation is in direct conflict with Jewish tradition. According to Jewish tradition, the structure of marriage is defined by the ceremony of Kiddushin, in which a man consecrates his wife; there is no alternative framework that can create a Jewish home.

But at the same time, thousands of Israeli citizens are not able to establish their family life according to Jewish tradition. The citizens of Israel—religious and non-religious alike—cannot accept a situation that seems to force an entire population to forego couplehood.

The existing system has already taken a heavy toll, as it has engendered hatred of the Jewish religion and the institutions of Judaism in Israeli society. The proposed civil union bill, in contrast, would facilitate the creation of a new system of dialogue between religious and secular Jews in Israel.

If the "civil union" bill is enacted, the vast majority of the Jewish public in Israel will continue to marry in the traditional manner, since Israel is a traditional society. However, people who are disqualified from religious marriage according to Jewish law, or who are adamantly opposed to religious marriage, will choose the path of civil unions and the animosity toward Jewish tradition in Israeli society will subside.

The statement above was originally published in Hebrew on Facebook on November 3, 2013.