Prof. Shahar Lifshitz explains why IDI's proposal for civil unions, which was first presented in his IDI policy paper The Spousal Registry, is the best solution possible today for alleviating the distress of couples who cannot or do not want to marry in a religious ceremony in Israel. 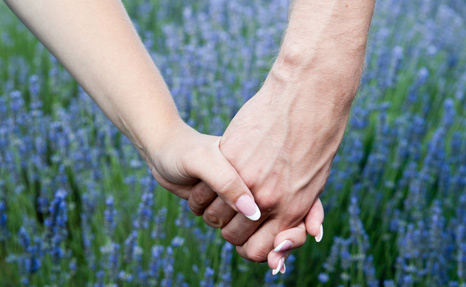 Although in most areas, Israeli law is a Western, liberal, civil system, when it comes to personal status law, the Israeli legal system has adopted an arrangement in which marriage and divorce are conducted solely in accordance with religious law, as they were during the period of Ottoman rule.

To date, the Knesset has rejected the civil-secular criticism of this situation, and has insisted, largely for religious and national reasons, on maintaining the status quo under which there is no civil marriage in Israel. Israel's civil courts, however, have not sat idly by; rather, they developed a number of alternatives. These include recognition of civil marriages that are performed outside of Israel and the development of the status of "cohabitation," which entitles partners to receive similar rights to those that are given to married couples.

This state of affairs, in which the constitutional right to marriage is infringed and there is a conflict between the law and court rulings, is not satisfactory.

One of the solutions currently being considered is the adoption of “civil unions." Almost a decade ago, I headed a team that drew up the first proposals for civil unions in Israel, in part within the framework of the Israel Democracy Institute’s “Constitution by Consensus” project. In the article below, I will explain why IDI’s civil union concept, which was presented in full in an IDI policy paper entitled The Spousal Registry, is the best solution possible for alleviating the distress of couples who cannot or do not want to marry in a religious ceremony in Israel.

Why is there a Need for Civil Unions?

The fact that there is no option for civil marriage or divorce under current Israeli law creates a particularly severe problem for people who are not permitted to marry according to religious law. These include interfaith couples (individuals who have different religions, including situations in which one member of the couple has been determined to have no religion at all, as defined by a religious court), individuals who are ineligible to marry under religious law (among Jews, the common example is that of a cohen and a divorcée), and same-sex couples. Cases in which one spouse refuses to grant a Jewish bill of divorce—in most cases, situations in which women are not freed from their marriages by their husbands—are especially difficult. Rabbinical courts are only willing to compel a recalcitrant spouse to divorce in rare cases, and without such agreement the other spouse is chained in a relationship that he or she no longer wants.

There are also many couples in Israel who are not interested in having a religious marriage ceremony for ideological reasons. They too have no other way to marry in Israel.

From a liberal perspective, the religious monopoly on marriage and divorce raises serious problems. Those who cannot marry according to religious law are completely deprived of the right to marry, which is considered to be a fundamental right today. Beyond this, however, the dominance of religious law in matters of marriage and divorce presents another problem from the liberal perspective: it imposes a religious ceremony on those who do not want one. When it comes to Jewish marriage, many difficulties also stem from the preference given to Orthodox practice over other streams in Judaism and from the unequal status of women in the religious marriage ceremony and in religious law.

The problems that religious law poses for the liberal perspective are even greater when it comes to the way that rabbinical courts apply Jewish religious law to divorce. The problematic manner in which religious law is applied in divorce cases has caused a series of difficulties, including intensification of the plight of agunot (women whose husbands have vanished or whose husbands refuse to grant them a divorce), judges who invade the privacy of the couple due to judgmental attitudes and conservative approaches, the chaining of individuals in relationships that they no longer desire, and the phenomenon of extortion by one partner or the other when divorce is sought. The manner in which religious law is applied in religious courts also discriminates against women in other ways; for example, regarding the grounds for divorce, the court’s attitude towards domestic violence, and differences between how Jewish law relates to married women who live with a new partner and how it relates to married men who live with a new partner.

In light of the hardships caused by religious marriage and divorce procedures in Israel, it is clear why alternatives to marriage have developed in Israel. As mentioned earlier, two institutions have developed in particular: “cohabitation law” and the phenomenon of marriages that are conducted outside of Israel.

Cohabitation: Under civil-secular law in Israel, the term "cohabiting couple" is used to refer to couples who have marriage-like relationships from a sociological perspective, but do not have the legal status of married couples. Although Israeli law has been granting increasingly more rights to cohabitants, a practice that has almost equalized the status of cohabitant partners to the status of married couples, recognition as cohabitants is not a satisfactory alternative to marriage in Israel. There are three reasons for this:

Marriage Abroad: A common solution, marriage abroad is not a suitable alternative to marriage in Israel for the following reasons:

Against the background of the difficulties faced by those for whom religious marriage is not an option and of the problems associated with the existing alternatives, IDI has proposed a solution for civil unions in Israel.

A civil union is an agreement between two partners to establish a family unit. We propose that legal force be given to the desire of couples who wish to enter into a civil union, such that they will receive all the rights and obligations of married couples, but without marriage. It is important to stress that, according to our proposal, marriage and divorce in Israel will continue to be conducted in accordance with religious law; thus, the exclusivity of religious marriage and divorce in Israel will not be affected. Couples who are not interested in a religious wedding or who cannot marry according to religious law, however, will be able to formalize their relationship in a special registry.

Additional details about our proposal and why it is preferable to other alternatives currently under consideration can be found below.

The possibility of adopting civil unions in Israel is often criticized in secular-liberal circles because of the willingness to abandon the label of “civil marriage” and to allow the Orthodox monopoly on religious marriage to continue. On the other side of the spectrum, members of the traditional and Orthodox community are wary of civil unions because they are concerned that the Israeli Chief Rabbinate and rabbinical courts will lose their exclusive right to regulate lawful life partnerships among Jews in Israel and that legitimacy will be given to sexual relations outside of religious marriage.

One answer that addresses the criticisms on both sides is that adopting civil unions is a compromise, and thus, by its very nature, cannot fully satisfy either side; both secular-liberals and Orthodox Jews, however, should be able to live with the proposed solution. Democracy is not meant to be a system of power relationships in which different population groups seek to impose their values on each other. Real democracy is based not only on majority rule or power-based negotiations, but also on dialogue, understanding of the other, and a true desire to compromise. Civil unions will not fulfill all the aspirations of people with secular-liberal views in Israel, nor of all people who have Orthodox religious views, but it will improve the situation significantly and will alleviate the problems described above.

Introducing civil unions in Israel will reduce the hostility between religious and secular Jews and will maintain marriage and divorce as Orthodox religious institutions. This is why the Orthodox religious position would benefit from this arrangement. But IDI's civil union proposal has distinct halakhic advantages over other proposals being discussed in the Knesset today. According to the IDI proposal, partners who enter into a civil union will sign a “statement of no intent to marry under Jewish law.” This declaration is intended to make it clear that the institution of civil unions in Israel will not detract from the status of religious marriage in Israel and that couples listed in the spousal registry are not “married.” This statement will enable religious courts to consider couples who have entered into a civil union as not married, and will thus alleviate the need for religious divorce when such unions are dissolved. This is a very significant gain in terms of Jewish law because it reduces a variety of halakhic concerns, including the fear of mamzerut (halakhic illegitimacy) in cases where a woman has a child with another man after her civil union has been dissolved when it is possible that she is still married to the first man under Jewish law. By including this provision, IDI's civil union proposal creates a fuller separation between the system of civil unions and the system of religious marriage and divorce than other proposals and goes further in alleviating halakhic concerns.

Additional Advantages of IDI's Proposal over Other Alternatives

In 2010, the Knesset passed a "spousal covenant" law that resembles the IDI proposal for civil unions. In addition, today, several other proposals are being considered as solutions for the need for non-religious frameworks for marriage in Israel, some of which were inspired by the IDI proposal. These alternatives all fall short of IDI's original proposal, as can be seen below.

The IDI civil union system is designed to establish a formal framework for civil marital partnerships that will be recognized by the State of Israel and will be available to all interested parties. At the same time, however, the proposed mechanism ensures that the new institution that is created will not be able to be seen as creating a halakhic marriage, out of sensitivity to religious concerns regarding mamzerut (halakhic illegitimacy) and other halakhic considerations. In this way, IDI's civil union system will address the plight and distress of those who do not want to or cannot marry according to religious law in Israel and will help lessen the polarization between religious and secular Jews in Israel. In this respect, IDI's civil union proposal is to the benefit of us all.