Prof. Shahar Lifshitz, author of an IDI policy paper proposing a spousal registry as a framework for civil unions in Israel, welcomes the reintroduction of this issue to the public agenda but expresses some concern about the formulation of the current bill. 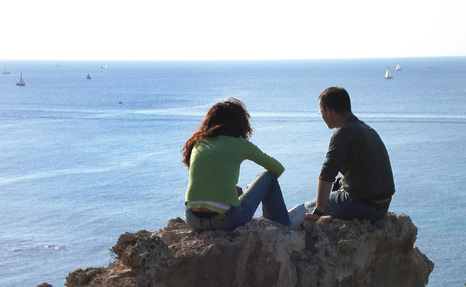 Almost ten years ago, at a time of intense polarization between religious and secular Jews in Israel, I was asked by Dr. Arye Carmon, President of the Israel Democracy Institute, to head a team to draft a plan for legal recognition of civil unions in Israel. We were tasked with coming up with an arrangement that would be compatible with of halakha (Jewish law) and the needs of Israel's religious community, on the one hand, while satisfying the civil needs of Israel's secular community, on the other. The solution we arrived at was the establishment of an official framework for civil unions that would be recognized by the State of Israel and would be available to all interested parties. We took steps to guarantee, however, that these unions would not be considered to be marriage according to halakha, out of sensitivity to religious concerns about mamzerut (halakhic illegitimacy).

Based on the above considerations, we recommended that a "spousal registry" be established in Israel. This new mechanism would enable two people who are not interested in religious marriage, or who are disqualified from religious marriage, to enter into a civil union and be registered as each other's spouse. Registration in this registry would have broad legal implications, and would essentially give the couple all the rights and obligations that Israeli civil law assigns to married people, including social benefits, inheritance rights, property rights, child support and alimony, eligibility to adopt children, etc. We also proposed a set of legal provisions for the civil dissolution of such bonds.

Upon publication, our proposal for a spousal registry was greeted with suspicion on both sides. The religious community was concerned about the loss of the monopoly on oversight of marriage relationships held by the rabbinate and the rabbinic courts in Israel. It was similarly concerned about the legitimacy that would be implicitly conferred on relationships outside of religious marriage. On the secular side, our proposal was criticized for its willingness to forego the label "civil marriage" and for its consent to leave religious marriage under the control of the Orthodox.

Our response to the critics on both sides of the issue was that our proposal was a compromise that could not fully satisfy the needs of either camp but both sides could live with it. We further argued that the proposed solution would vastly improve the existing situation for both camps.

One incisive objection, however, which was shared with me in private by an intellectual who holds a public position, has disturbed me ever since. "I don't understand the idea of proposing a compromise in this matter," he said. "Whatever happens, if the religious community has the power, it will never agree to give up its control of marriage. On the other hand, if we, the secular, were to have the power, why would we compromise and accept a spousal registry rather than demanding full civil marriage?"

This criticism troubled me then and continues to do so today. It presents democracy as a system of power relations between two blocs, each of which is interested solely in imposing its own truths, interests, and values on the other. This view of democracy rejects any possibility of open dialogue between equals who are willing to yield on issues that are a matter of life-and-death for the opposing group, even if they do not agree on many issues.

The years that have elapsed seem to have proven that my critic's pessimistic view, which emphasizes a reality of power struggles and does not believe that there is the possibility of compromise and dialogue, was justified.

However, my pessimism notwithstanding, I still believe that there is another form of dialogue, one which is not based exclusively on majority rule or "negotiations" based on power. This type of dialogue involves an understanding of the other side, and a genuine willingness to compromise.

Yesh Atid is about to submit a bill to the Knesset that would provide for civil unions in Israel. The fact that the issue is again on the public agenda and the introduction of the bill is welcome news, and I commend the sponsors of the legislation. However, my joy and optimism are mitigated by several concerns. First, the text of the bill as it currently stands omits several of the safety mechanisms that were intended to guarantee that registration in the spousal registry would not be considered to be marriage according to Jewish law. This omission is liable to reintroduce the problem of mamzerut (halakhic illegitimacy) through the back door.

Second, when we proposed our original framework for a spousal registry, we hoped that the official adoption of this arrangement would make it possible to place limits on cohabitation law, which today is explicitly and broadly recognized by judicial precedents. Thus, for example, according to one court ruling, a three-month relationship is sufficient to grant the parties the same rights as if they were married; this approach undermines family values and blurs the distinction between casual relationships and relationships that reflect a long-term commitment. The current draft of the bill, however, adopts the notion of a spousal registry without reference to common-law marriage, thus missing the opportunity to distinguish between the two institutions.

In addition, the current bill has been portrayed, at least in the media, as a unilateral initiative by Yair Lapid's Yesh Atid party, with no collaboration with Naftali Bennett's Habayit Hayehudi party, its coalition partner, and without a process of dialogue, which is sorely lacking in the Israeli public arena. If this is indeed the case, I fear that we may again miss an opportunity for a solution, or at least an opportunity for bringing about vital and significant improvement in the current situation. More importantly, while the previous proposal for a spousal registry was developed as part of a broader discussion of a constitution, the current version is completely divorced from constitutional discourse.

For this reason, I call on both Yesh Atid and Habayit Hayehudi to renew their partnership of "brothers," at least with regard to partnerships between spouses in the form of a civil registry.

Prof. Shahar Lifshitz, who heads IDI's Human Rights and Judaism project together with Prof. Yedidia Stern and Prof. Hanoch Dagan, is the Dean of the Law Faculty of Bar-Ilan University.

This article was originally published in Hebrew on the Walla news portal on October 29, 2013.