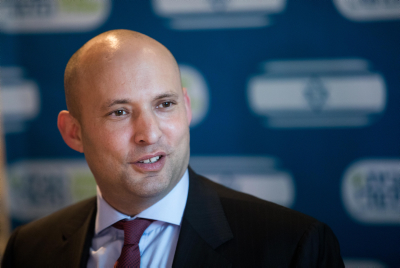 History tells us that Socrates was an anti-establishment rabble- rouser who was tried and executed for denying the existence of gods as well as corrupting the youth of Athens.

Socrates did not deny the charges that led to his death, since he was known to make his way through the city streets, asking people he encountered a series of provocative questions.

As a result of these conversations with Socrates, some young people began to harbor heretical thoughts and raise doubts about ideas that most fellow Athenians took for granted, for example with regard to some of their city’s policies.

Let us fast-forward to another time, place and event. Late last year, several Israeli high-school principals who had invited representatives from the Breaking the Silence organization to speak to students provoked the wrath of Education Minister Naftali Bennett. He accused the principals of incitement against the army and called them in for a special hearing at the Education Ministry, where they were asked to defend their decision.

The minister’s action was a politically-motivated usurpation of power.

The educators’ only crime was trying to fulfill what they saw as their obligation to their students – in the best spirit of Socrates – and well within their legal and administrative parameters. As such, the hearing was meant more to deter them or any other “rebellious” principals from allowing Breaking the Silence to present at their schools in the future.

This hearing served simultaneously to suppress the free-spirited dialogue so important in high schools.

But Bennett took things a step further, proposing new legislation that would empower him to bar Breaking the Silence from schools. The new law would give the education minister the power to ban groups that undermine the “status and honor” of the IDF from entering any school.

Breaking the Silence believes that the Israeli government’s policy on the occupation has a negative impact on Israeli soldiers, by motivating combatants to engage in conduct that is, at the very least, unbecoming.

Since the organization is not undermining the legitimacy of the army but is criticizing a government policy, Bennett’s legislation is in fact misdirected. In other words, whether one accepts or rejects Breaking the Silence’s position, there are no legal grounds for preventing it from being heard.

Experience and history repeatedly teach us that what was once widely accepted as an irrefutable truth can be revealed to be a total falsehood.

Indeed, one of the cornerstones of any true democracy is that state authorities do not have a monopoly on truth and that any government that contrives to establish such a monopoly is paving the way for a very different type of regime to take root.

The minister of education and his Bayit Yehudi party have a clearly defined view of the occupation. Specifically, the party supports “normalizing” the occupation and sweeping it under the rug, aiming at annexing Judea and Samaria to Israel.

Israel is committed to remaining a democracy. Therefore, Bayit Yehudi’s position should not be the only one allowed to be expressed in the country’s schools. Rather, opposing political views should be accessible. If not, the schools become quasi-branches of Bayit Yehudi.

Putting legislation in place is a futile step. The status and honor of the army are not guarded through delegitimization of those who report on illegal or unbecoming conduct of soldiers. The harm to the army is caused by those who prevent such reports from being heard, who reject a-priori criticism of the government and the army.

Such a law is not protecting soldiers from external criminal proceedings.

It increases the risk of such proceedings.

The battle against the Palestinians is not an existential threat in and of itself. Rather, the challenge is fighting terrorism while preserving our democratic values.

The battle against terrorism is essentially a battle against fear. Fear increases when state entities take steps that erode the country’s democratic character. As a result of such maneuvers, the likelihood of surrendering to terrorism actually increases.

Prof. Mordechai Kremnitzer and former commander-in-chief of the Israeli navy and Israeli Security Agency head Ami Ayalon are co-directors of the Amnon Lipkin-Shahak Program for National Security and Democracy at the Israel Democracy Institute.