Dr. Tehilla Shwartz Altshuler says rejoicing over the death of television and the birth of “intervision” is premature. This column was originally published by Times of Israel. 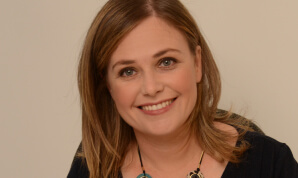 Ever since Turkey’s dramatic coup was live-streamed over the Internet last weekend, including a Facetime message by Turkish President Recep Tayyip Erdoğan, analysts are chalking it up as yet another example that revolutions are not broadcast on TV anymore, but rather transpire over the social networks.

This assumption needs to be comprehensively disproved. Rejoicing over the death of television and the birth of “intervision” is premature.

In Turkey, the use of the Facebook Live Map application allowed anyone who wished to know what was happening to go to a single place where all the information was concentrated instead of searching for it all over Facebook. The job of pooling information, which is also the traditional job of journalists, was taken away from it and given to the social networks.

Today, live-streaming allows individual users to bypass established television channels. High-quality footage can be captured quickly and easily with a smartphone. It’s impressive. The Internet companies definitely have made a technological leap, and they are trying to integrate their live streaming services in every way they can.

But we should remember the simple fact that even if Erdogan broadcast from his hiding place over Facetime, which is installed on every Apple device, the broadcast was still carried on traditional television (and later on in mosques). It might even be said that one of the failures of the coup’s planners was that they relied too much on the social networks and did not think to block the television broadcasts…

Ever since the 2011 Arab Spring, taking our cues from several optimistic researchers and politicians, we have expected the social networks to spawn other revolutions throughout the world and that these revolutions would lead to positive outcomes. Friday night’s putsch attempt is proof that if Facebook and Twitter laid the groundwork for the revolution and enabled the social organization that led to action, in this case, Erdogan’s use of Facetime, live-blogging and Twitter were precisely what enabled the coup to be defeated.

It is true that technology destabilizes political and media institutions. The question is whether these social-media-driven revolutions result in a more democratic, enlightened and progressive society, as the optimists hope is the goal of these coups, or whether different things are happening.

In December 2015, a fascinating TED talk by Wael Ghonim, the Google employee in Cairo who attributes the outbreak of the Arab Spring demonstrations and the Tahrir Square Revolution of 2011 to a Facebook page he created in memory of a young Egyptian who had been tortured to death by police in Alexandria, was uploaded to the Internet. The talk begins with Ghonim saying: “I once said, ‘If you want to liberate a society, all you need is the Internet. I was wrong.’”

In other words, social networks cannot really create revolutions because they do not support only one side. Just as the social networks in Egypt finally allowed the Muslim Brotherhood to rise to power, so it was in Turkey that the voices of those who advocated for the revolution were not the only ones out there.

In addition, the social networks, even over time, cannot create revolutions because they do not allow people to arrive at a consensus. Instead, they promote the polarization of opinions and extremism, encourage statements of incitement and hatred, and create echo chambers where only one voice can be heard. Islamists in Egypt and Turkey alike used exactly the same tools, one with greater success than the other.

Further, sociological studies show social networks are not tools for changing opinions. It is difficult to create a multi-layered discourse in 140 characters. We may be talking to one another, but we are not talking with one another on these platforms.

Social networks are not always a tool for turning opinions into action. The Facebook experience is designed in a way that promotes broadcasting over involvement, posting over discussing, and shallow comments over deep conversations.

So what can we learn from the social media coup that failed?

We can learn that yes, we really are living in a time of technological revolution of historic proportions. But the attempt to create a close connection between the technological and the political does not work in only one direction.

We must also be reminded that social networks are not the most autonomous method of communication that humanity has ever known. They have limitations that stem from the algorithm that operates them, the commercial interests that are behind them and the nature of human activity.