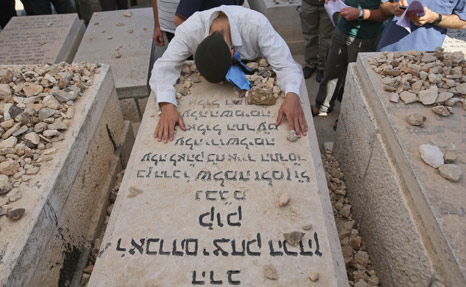 In the third round of Knesset elections, the party representing religious Zionism once again failed at the ballot box. Its opening position was promising: “Yamina” recruited a young, attractive and dynamic team of men and women, devoid of outside interests and with clear leadership potential, drawn from the various shades of religious Zionism.

They enjoyed a one-time opportunity, albeit brief, to exert significant influence on the national scene by gaining control of a number of key ministries – defense, education, transport and (until recently) justice. But somehow the public was unimpressed, and gave them the cold shoulder at the polls.

We must admit that there is a vast gulf between the very meager support the party received at the polls and the pretensions, rhetoric and sense of self-importance of the sector’s politicians. The outright support of leading rabbis and educators who, alas, made an irresponsible decision to get their hands dirty in the political quagmire, proved to be of no avail. Even the hope of attracting nonreligious nationalist voters was dashed. The cruel fact is that organized religious Zionism won only six mandates, or 5% of Knesset seats.

Some specific and only partial explanations come to mind: Voters rallied to support the large parties in order to make sure that the race for prime minister would be decided; voters were appalled by the shameful arm-wrestling among the four factions that comprise the religious-Zionist sector; voters were able to identify authentic and credible representatives of religious Zionism – in the sociological sense – in other parties as well; and given that religious Zionism educates its youngsters to find their place in every arena of society, it is natural for them to do so in politics as well, and vote for “secular” parties.

All these factors certainly played a part in the results. However, there remains a more fundamental question which must be discussed: Why has the National-Religious camp been defeated at the polls, time and time again, despite its prominence in Israeli life? The answer seems to lie in the vast and tragic gap between the sector’s religious and cultural vision, and its political leadership’s actual agenda on the ground.

It’s very probable that Rabbi Kook would begin by asking whether the National-Religious vision that he heralded and shaped is being promoted by today’s religious politicians. Bennett and Shaked would waive the Nation-State Law, of which they and their cohorts were key sponsors. The rabbi would study the law and discover that it contains few if any references to the Jewish religious aspects of the country’s identity.

He would be astounded: How could you have accepted the secular notion that nationality is the sole expression of Jewish identity, stripped of any religious significance?! The nation, in the European secular sense, he would say, has weak roots and is incapable of grounding a rich Jewish identity for the state. Bennett and Shaked would explain, with youthful charm, that he simply does not understand realpolitik.

Perhaps then, Rabbi Kook would ask, you have fortified the state’s Jewish identity by developing the magnificent institution that I founded years before independence – the Chief Rabbinate? Bennett would be forced to admit that he had knowingly abandoned (there is no other word) the rabbinate to the ultra-Orthodox. Shaked would smile an enigmatic smile: What have I to do with the Chief Rabbinate?

WHEN RABBI Kook would delve more deeply into this question in order to clarify the practical significance of his children’s abandonment of the religious vision, he would discover that the Chief Rabbinate has become a punching bag for the entire public; that its halachic (Jewish legal) rulings demonstrate a total failure in internalizing the implications of national sovereignty, and that in blatant contradiction of his vision it has abandoned its responsibility for the public as a whole – including the nonreligious. He would be infuriated to learn that the institution survives, but the vision has been betrayed; all in the name of realpolitik.

Rabbi Peretz and Bezalel Smotrich would try to impress him with what they have achieved from a national ultra-Orthodox perspective, but Rabbi Kook would find it hard to agree. The fact, he would say, is that every time you publicly declare your platform – on issues ranging from a “halachic state” to “conversion therapy” (to change an individual’s sexual orientation); from the treatment of Arab women in labor to the attitude to prospective converts to Judaism – you are erecting another barrier between the Torah of Israel and the people of Israel.

His eyes would fill with tears when realizing that here and now, because the religious Zionist leadership has betrayed its commitment to act responsibly to integrate religion into the state, a solid majority is emerging that wishes to see a separation of religion and state. Could there be a greater downfall for his vision?

Rabbi Kook would wonder: If you define “nation” according to the secular interpretation, and have bought into the ultra-Orthodox version of religion, what’s the rationale for your existence?

Party leaders would respond that they are first and foremost rightists. But the rabbi would dismiss that with a wave of his hand: Most Israelis are right-wing today – so what makes you special?

The leaders would try again: We are promoting “governability,” a magic slogan that will liberate us from the rule of law.

The rabbi would retort with a stern rebuke: “What, are you the ‘generation that judges its judges’ which our sages warned against?”

Party leaders would declare that they are advancing the principles of the free market.

Rabbi Kook would fall into a pained silence, wondering, “What connection do we have with a neo-conservative doctrine imported to the state by foreign organizations? Would the Zionist pioneers, with whom I danced, believe their ears?”

We hold the state high; it is our highest value, the leaders would retort.

But once again the rabbi would be skeptical: Are those who attack the institutions of state – the police, the prosecution and the courts – placing the state as their highest value? Do those who are happy to allow a man facing criminal charges to stand at the helm of the democratic Jewish state respect the state, or display contempt for it?

The sad truth is that the political arm of religious Zionism lost its way a long ago. It hobbles along the road of secular conservative ideas that are not unique to it with regard to both state and religion, while casting aside the complex vision that Rabbi Kook created and which is the raison d’etre for its existence. This is the real explanation of why, even though religious Zionism is one of the most influential sectors in the country, the party claiming to be its representative, has shrunk to be Israel’s smallest party.