Tehilla Shwartz Altshuler reminds us that the media is the cement that holds the stones of democracy together. As the arbiter of reality, the purpose of the media is to show us, the citizens, what is going on around us. To the same extent, it is also supposed to reflect our feelings and our level of trust in the decision-makers and representatives whom we elect to govern us. 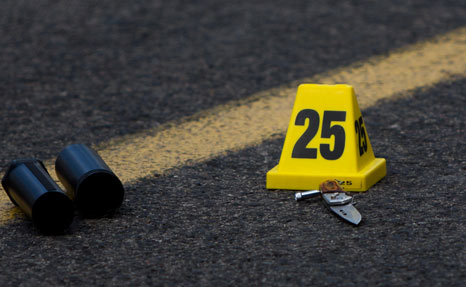 The days are red with blood and violence, the nights gray with despair. There is no protection, there is an occupation, and all these things are covered in the media — both the traditional and the “new media.” It is vital that we remember: The media is the cement that holds the stones of democracy together. As the arbiter of reality, the purpose of the media is to show us, the citizens, what is going on around us. To the same extent, it is also supposed to reflect our feelings and our level of trust in the decision-makers and representatives whom we elect to govern us.

In the era when the social networks — Facebook, Twitter, WhatsApp, Tinder, and Instagram — were invented, it seemed that a revolution of historic proportions had begun. People felt that from now on, all information — from citizens, politicians and social-justice activists, from the established media, commercial firms and non-profit organizations — would be able to reach us easily, with no censorship or mediation from “higher-ups.” The discourse would no longer be that of one person speaking to the masses, as on television and in newspapers. Instead, there would be an abundance of information, openness and freedom — everybody talking with everybody else — and all this would surely lead to a new kind of public discourse and social organizing. We saw this with major events like the Arab Spring, and less momentous moments, such as the cottage-cheese boycott that took place in Israel in the summer of 2011.

It has taken time, but it has become clear that the situation is more complex than originally thought. Three significant factors have come to light. One is Facebook’s algorithm. Devoted as this algorithm is to making us pleased and happy, it has made Facebook into a place where we were exposed to opinions similar to our own, and to some friends more than others. This makes Facebook into an echo chamber where we hear the same views over and over. We are hearing what the algorithm, and not necessarily democracy, wants us to hear.

The second factor is that a commercial company, rather than a state, is the one making the rules. Facebook, for example, has its Community Standards. Its management offices are located in the United States or in India, but definitely not in Israel. When offensive, racist, one-sided, or biased information is posted, it is not always easy to have it removed. It does not always seem that the person receiving the request to remove the offensive content truly understands the situation in Israel and among its inhabitants, the complex nature of the conflict, the fact that not every post that draws masses of complaints is necessarily bigoted, and that sometimes it is nothing more than a “like war.”

The third thing at issue here is that, as the Bible (Genesis 8:21) says, “The devisings of the mind of man are evil from his youth.” This is all the more true when one acts via a “machine” such as a cellular phone, computer or tablet. In the absence of face-to-face conversation, it is much easier to express offensive, bigoted, malicious and xenophobic views. It is all too easy to share such views that are written by others, and it is also no problem to watch snuff videos over and over — videos depicting stabbings, wounded people and corpses from close up. Of course, it is also easy to share such videos over WhatsApp.

The social networks, then, are transforming before our eyes from the most liberated media outlets ever known in human history to a terrorist infrastructure directed toward an inflamed mob; a means of expressing and sharing bigoted and backward views about others; a tool for intensifying hatred and evil instead of changing opinions and conducting important and appropriate debate; a tool that generates profit for cynical commercial firms instead of a social asset.

Instead of cooking food so we can eat, we are all walking around with burnt fingers.

What can we do? What should we do?

First, we should keep in mind that this is a period of transition. We can assume that legislation and regulation will develop and set some boundaries for what is allowed and what is not. We are also likely to see more significant enforcement by the state when offensive content is posted.

Second, we should remember that just because the ability to express ourselves or share information exists, this does not mean that it ought to be used. Just as we do not have to download applications that invade privacy or consume pornography just because it is available online, we should think hard about what is important and interesting for us to know and what is unnecessary, what contributes to our well-being as citizens and consumers of media and what merely fans the flames of hatred, making it more difficult to cope with an already charged situation.

Third, we need to realize that the Internet has a long memory. It remembers everything — every malicious statement, every share. Law enforcement can use the Internet’s long memory to find those who have gone beyond reasonable limits and hold them accountable for their actions, and fellow users can use that same information to remind us of inappropriate online statements.