IDI President Yohanan Plesner writes that Reform, Conservative, Orthodox, Reconstructionist and secular Jews are all members of the Jewish people. The Israeli government must grant equal recognition to the central movements within Judaism, including equal funding for all. 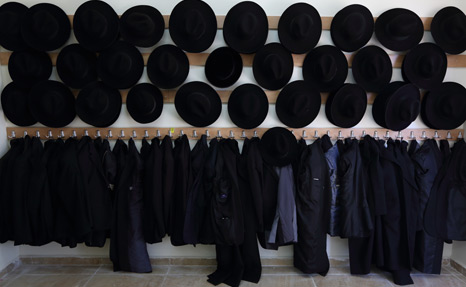 David Azoulay, Israel’s Minister of Religious Services, last month asserted that Reform Jews are not Jewish, have lost their way, and must be returned to halakhic Judaism. This statement is outrageous and unacceptable from both a Jewish and a democratic perspective.

Judaism is not a first name; it is a family name that includes diverse individuals and groups who define their connection to religion in a variety of ways. Reform, Conservative, Orthodox, Reconstructionist and secular Jews are all members of the Jewish people. No group can — nor should — reject the Jewish identity of another group. Many non-Orthodox Jews in the US and throughout the world have a deep commitment to their Jewish identity and feel a profound connection with the Jewish people and Israel; they do not need Minister Azoulay’s stamp of approval. His comments attempt to delegitimize millions of Jews, and contradict the humanistic, pluralistic, and liberal values of Judaism.

From a democratic perspective, Minister Azoulay’s statement is unfortunate and even dangerous. Delegitimization, exclusion, and humiliation of groups that are perceived as “the other” — whether other streams of Judaism or minority groups — are intolerable in a democratic state, and are particularly egregious in a society already as polarized as Israel. Statements advocating exclusion lead to intolerance and legitimize discrimination, racism, and in extreme cases, verbal and physical violence.

The Minister of Religious Services would be well advised to remember that he holds a public office and has been tasked with serving the public interest. The ministry that has been entrusted to him is not for him to use as he sees fit or to negatively brand those who are not like him or do not share his opinions. He and some other ministers in the current government must internalize the fact that they are public servants in a democratic state with core values that include equality, freedom of expression, and human dignity. They are public servants, and as such may not promote their own agenda while crushing fundamental democratic values.

Prime Minister Netanyahu has condemned the statement, but that is not enough. He is responsible for the health of Israeli democracy. The Prime Minister must promote policies that foster respect and oppose remarks that stand in opposition to Israeli democracy and the resilience of the State of Israel. Similarly, his government must take clear steps to prove it stands behind his statement that, “Israel is the home of all Jews” and Education Minister Naftali Bennett’s affirmation that, “all Jews are Jews.”

For starters, the Israeli government must grant equal recognition to the three central movements within Judaism, including equal funding for all. According to a study by IDI’s Guttman Center for Surveys, approximately 8 percent of Jews in Israel define themselves as Reform or Conservative. This is a sizeable minority and its equal rights must be protected.

Furthermore, the Israeli government must ensure state budgets for religious services are allocated to all streams of Judaism in Israel in accordance with their needs. The State of Israel funds the religious institutions of many religions. And given that according to the Israeli Democracy Index, 60 percent of the Israeli public believes the status of the different streams of Judaism should be equalized (a consistent sentiment since 1981), it is unconscionable that these movements not receive funding. Such discrimination is intolerable in a democratic state.

Delegitimizing some streams of Judaism while strengthening the monopoly of Orthodox Judaism also weakens the solidarity between the Jewish people in Israel and the Diaspora. As a frequent visitor to Reform and Conservative synagogues in the United States, I have witnessed the deep commitment of these Jews to the State of Israel. It is vital to the future of the Jewish State that we further these relationships, foster dialogue on core issues, and include all the streams of Judaism. This can and should be facilitated through support for pluralistic Jewish education that recognizes diversity.

It is past time to heed their call: It is time to recognize Reform and Conservative Judaism in Israel.

This article was originally published in the Times of Israel on August 10, 2015.