In a Jerusalem Post op-ed, Yohanan Plesner notes that the 2015 Knesset election demonstrates that structural changes matter, and argues that further stability can be fostered by automatically making the head of the largest party prime minister. 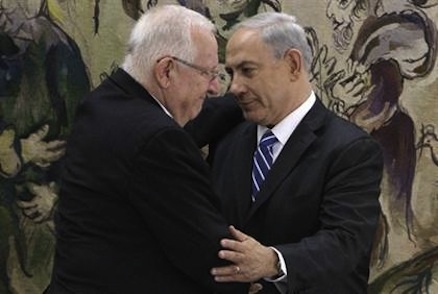 In the coming days, reams of commentary will try to explain the Israeli election results, focusing on who won, who lost, and why. But the true victor of the election may well be Israeli governance.
To understand why this is so, consider these facts about the political map in the aftermath of the 2015 elections:

These results represent progress towards the consolidation of Israel’s party system into two blocs centered around two large parties, each capable of becoming the anchor of a stable coalition. This evolution, which is far from complete, did not just take place on its own. Its primary cause was a small change to Israel’s electoral system introduced in 2014 in the context of the so-called Governance Law. The increase of the electoral threshold from 2% to 3.25%, a seemingly minor technical change, changed the face of Israel’s political map by altering the behavior of Israel's political parties and Israeli voters. The most prominent example of this is, of course, the formation of the Joint List—a combination of mostly Arab parties that banded together due to concern that they would not pass the electoral threshold and increased their combined power from 11 seats in the previous Knesset to 13 in the new chamber. This union also had another positive side effect: it led to an increase in voter turnout among Israeli Arabs. Overall, the reduced fragmentation of the Knesset should contribute to better governance without causing undue harm to minority representation.

The takeaway for would-be reformers is that structural changes matter. The incentives generated by structural improvements to the system can have major effects on electoral outcomes and on the resultant balance between effective governance and adequate representation.

The challenge, going forward, is to continue the momentum and secure the victory by making the bigger parties even bigger and reducing the overall number of parties in the Knesset still further. After all, even after these changes the likely ruling party, Likud, holds a mere quarter of the seats in the Knesset. Only by increasing the size of the ruling parties will the imbalance between excessive representation and weak governance in Israel be corrected fully. The key to doing so is to introduce another seemingly minor change, proposed by IDI and supported both by Prime Minister Netanyahu and Opposition Leader Isaac Herzog: make the head of the largest party Prime Minister.

To understand why this would make a difference, note that according to current Israeli law, it is the President who decides to whom to give the opportunity to form a government—usually based on the relative size of the parties but primarily based on their respective chances to form a coalition. This kicks off a typically prolonged period of horse-trading and bargaining among the parties, further weakening the Prime Minister-elect and drawing out the process of forming a government. In the current elections, voters on either side of the political spectrum gravitated towards the central party in their bloc in a conscious bid to force the President’s hand. Thus voters on the right voted for Likud so as to ensure that the President would ask Netanyahu, as head of the largest party, to form the government. By the same token, voters on the left opted for Zionist Union in order to increase the chances that Herzog would become Prime Minister. As a result, in each of the blocs, the larger parties gained at the expense of smaller parties within the bloc: Likud gained at the expense of Bayit Yehudi and Israel Beytenu, while the Zionist Union gained at the expense of Meretz and the (now extinct) Kadima.

This dynamic could be enhanced by making the leader of the largest faction prime minister—automatically on election night. Were such a change introduced, the parties would respond by joining together in blocs to ensure that the leader of their bloc would form the government, while voters would react by voting strategically for the party whose leader they want to see as prime minister.
This reform would strengthen the prime minister's base of support within his or her party and facilitate the creation of a more stable coalition comprised of fewer partners wielding less power to extort sectorial concessions at the expense of the common good.

If this reform comes to pass, I predict that the next elections will yield a less fragmented political party map dominated by two large parties on the left and right that command substantial pluralities of the vote. The prime minister, as head of one of these big parties, will command a bigger nucleus of control within the resultant coalition, affording greater flexibility to develop and execute independent policies on everything from the peace process to the economy.

This article was originally published in The Jerusalem Post.