In the upcoming elections, the electoral threshold will be 3.25%, a big leap from the last elections. Will this higher hurdle deter voters from supporting small parties? Will it reduce the share of wasted votes? What impact will it have on the proportional nature of the electoral system? 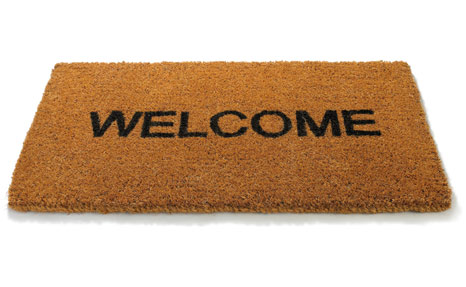 In March 2014, the Knesset raised the electoral threshold from 2% to 3.25%, as part of the so-called governance laws. The significance of this step is that in order to win seats in the Knesset in the coming elections, a party will have to overcome a considerable obstacle. In the 2013 elections, when some 3.8 million Israelis went to the polls, a party needed 75,800 votes to make it into the Knesset. If the same number of people turns out to vote this year, a party will need at least 123,500 votes to qualify. Will this high hurdle deter citizens from voting for small parties? Will it cause small parties to refrain from running for Knesset in the first place? And how will it influence the number of wasted votes and the proportionality of the electoral system?

The Electoral Threshold in Israel

The electoral threshold is an entry barrier that is intended to keep small parties out of parliament and is commonly found in countries that use proportional representation. Proportional systems are based on the principle that the legislative body should closely reflect preferences of the voters. None of the forms of the proportional system, however, guarantee full and perfect proportionality. First of all, perfection is mathematically impossible. Second, even those who support proportional representation acknowledge that it has weaknesses when carried too far, as it may cause a proliferation of parties and a fragmented parliament, which may lead to governmental instability. Consequently, all proportional systems have built-in mechanisms that change the conversion of votes into seats, to some extent or other. The electoral threshold is a classic example of such a mechanism within the proportional electoral system, which eschews pure proportionality in pursuit of other objectives.

Israel has raised its electoral threshold three times since the early 1990s. Through the elections for the 12th Knesset (1988), the threshold was 1%. From 1992 to 2003 it was 1.5%. After that, it remained steady at 2% for three elections, before being raised to 3.25% in 2014. Those who favored the change to 3.25% argued that it would reduce the incentive for small parties to run on their own, encourage parties to join forces, and reduce the number of parties—all of which would make the political system more stable and enhance the quality of governance. Opponents of the increase countered that a high electoral threshold is incompatible with the democratic principle of representative government, distorts the will of the voters, and is liable to reduce the representation of the Arab minority and thereby further alienate Arab citizens of Israel from the political system. Some also argue that mergers of small parties in response to the higher threshold may produce a plethora of mid-sized parties, which would not contribute to governmental stability and might in fact undermine it.

The Possible Implications of the Higher Threshold

According to the most recent surveys, 10 or 11 lists will make it into the next Knesset. If so, the 20th Knesset will begin its term with the smallest number of parties since 1999. While this is not a steep decline, there are hints that the new threshold has influenced some parties. For example, we can assume that it played a role in the decision by Tzipi Livni and her Hatnua party to run on a joint list with the Labor party. Tekuma's decision to continue its electoral alliance with Bayit Yehudi also must have taken into account the implications of running on its own (or with Eli Yishai’s new party). The attempt of the three Arab parties and Hadash to form a joint list was also motivated by the goal of passing the electoral threshold.

As a result of the higher threshold, several tiny parties, which generally fail to make it into the Knesset, announced that they will not run this time. Da’am, an Arab-Jewish party with a socialist bent, has run in every election since 1996, but apparently bowed out this year. It also appears that the Greens, who have been running unsuccessfully since 1999, will sit out this election. A full picture of the influence of the raised electoral threshold on the number of lists will only be available at the end of January, when the registration of parties for the election ends. Past experience indicates that in the first election after the threshold is raised, there is not necessarily a decrease in the number of lists that run (see Table 1). It should be remembered, however, that this time the "leap" was greater than it has been in the past.

The final number of lists that compete will also have some influence on the percentage of "wasted votes"—that is, votes cast for parties that fail to pass the threshold. In the last elections, 268,795 people voted for lists that did not pass the electoral threshold, which was 7.1% of all valid ballots. As Table 1 makes clear, this was the largest percentage of wasted votes in Israeli history.

Will there be even more wasted votes in the 2015 elections because of the elevated electoral threshold? The answer is not clear. On the one hand, if we look at past results, we see that in the first elections after the threshold was raised previously (1992 and 2006), there was a relatively high percentage of wasted votes. This phenomenon stems from the fact that parties and voters have not yet gotten used to the change. For example, in 1992, tens of thousands of votes that were cast for Tehiya and for the Progressive List for Peace, two parties that had been represented in the previous Knesset, were wasted when those parties did not pass the electoral threshold after it was raised. Similarly, in 2006, tens of thousands of people voted for Green Leaf and the Greens, two lists that would have been close to making it into the Knesset had the threshold not been raised. On the other hand, it is also possible that the raised threshold will reduce the percentage of wasted votes in the upcoming election. The reason for this is that the threshold was raised so dramatically this time that there will be fewer parties that could convincingly claim they have a real chance of passing it.

Figure 1: Disproportionality of Electoral Outcomes (Average for the last four elections in each country)

Advocates of raising the electoral threshold claim that this change will reduce the number of parties in the Knesset and thus improve political stability and governance. Comparatively, raising the threshold is not an exceptional measure but given the latent dangers of such an increase, ways of minimizing the risks as much as possible should have been considered. For example, the sharp jump from 2% to 3.25% could have been implemented in several stages, so as to allow both voters and parties to adjust to the new rules of the game. In any case, it is clear that the higher threshold will not cure all the ills of the Israeli system of government. In order to complete the reform, it is necessary to consider additional improvements, such as adding a regional element to the Knesset elections, amending the government formation process and adopting a semi-open ballot.