"Flash in the pan" parties suddenly spring up, run for Knesset with varying degrees of success, and disappear from the political map soon after. This article discusses this phenomenon in Israel in the past and in the context of the 2015 elections. 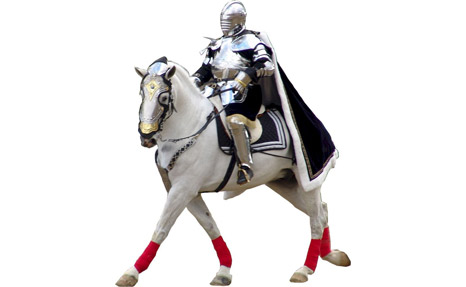 One of the prominent features of recent elections in Israel has been the success of "flash in the pan" parties. Known in Hebrew as “mood parties,”The Hebrew term “mood party” refers to both ephemeral parties and personality-based parties. It relates to the fact that these parties come and go like political mushrooms and reflect a certain political mood. these new parties reflect a current mood in the Israeli public, run for Knesset, and sometimes even manage to win a respectable number of seats, only to disappear from the political map shortly thereafter. Half of the new parties that have succeeded in getting into the Knesset since 1996 (six of twelve) have vanished after one or two legislative terms; they either broke up, failed to pass the electoral threshold, or were swallowed up by another party and did not run on their own again (see Table 1).“New parties," as used here, refers to parties that ran on independent slates rather than on joint lists with other parties and that won seats in the Knesset. Since 1996, the parties that maintained their Knesset representation for more than two terms have been: Yisrael ba’Aliya, Yisrael Beytenu, the United Arab List (Ra’am), the National Democratic Assembly (Balad), and Kadima. At the time of this writing, Yesh Atid has existed for only one electoral cycle to date and can be expected to be in the new Knesset as well; it is too early, however, to predict whether it will survive beyond that.

Conspicuous among these transient parties was Shinui, which won six seats in 1999 and 15 in 2003 but did not pass the electoral threshold in 2006. The Pensioners’ Party was even shorter-lived: after astonishing everyone by winning seven Knesset seats in 2006, this party was reduced to zero in 2009. We could also mention Kadima, which, after its impressive results in 2006 and 2009, was left with only two seats in 2013 and will not be running in the coming Knesset election. And, of course, there was the ultimate flash in the pan party—the Democratic Movement for Change (DMC), which won 15 seats in 1977 but did not run in the next elections in 1981.One of the DMC's factions, Shinui, did run in the 1981 elections and won two seats. Shinui also won 2–3 seats in the elections of 1984 and 1988. In the 1992 elections, Shinui ran together with Ratz and Mapam in a joint list: Meretz. In 1997, Avraham Poraz, one of Shinui's leaders, left Meretz, and Shinui ran independently again in 1999 and 2003. Since Shinui didn't run independently in 1992 and 1996, I considered it a "new party" with regard to the 1999 elections.

Characteristics of Flash in the Pan Parties

Flash in the pan parties have three main characteristics:

The success (and disappearance) of flash in the pan parties is a prominent symptom of the current crisis of Israel's political parties. There is nothing wrong in principle with the creation of new parties: they can shake up the system, help fresh new faces get their start, and put new issues on the public agenda. The existence of a party that represents the large number of Israelis who identify with the political center is also important. But the plethora of new lists that keep springing up and achieving electoral success in the Knesset is an indication of public dissatisfaction with the established parties—both with their leadership and with their failure to solve the fundamental problems of Israeli society. It is also evidence of the personalization of politics in Israel: today, when citizens decide which party to vote for, the person who heads the party is a much more important consideration than it used to be. This works to the advantage of flash in the pan parties, which are generally headed by a charismatic figure whose appeal accounts for their electoral success. Because the success of flash in the pan parties comes at the expense of the large parties—mainly Labor and the Likud—they contribute to political fragmentation and undermine the capacity for effective governance.

Why do flash in the pan parties disappear so quickly? First of all, they are prone to internal squabbles that cause them to splinter. A memorable example is the case of Shinui, in which an internal split before the 2006 elections caused party leader Tommy Lapid to leave politics and the party to disintegrate. Similarly, Kadima, the Pensioners’ Party, and the Center Party were wracked by internal dissension.

Second, because flash in the pan parties promise their enthusiastic supporters a real and rapid change in a particular domain—such as the Pensioners’ Party’s promises of significant improvements in the situation of senior citizens in Israel or Yesh Atid’s pledges to reduce the cost of living and introduce a “new politics”—they tend to disappoint their voters. Such parties also are always at risk that their single issue will no longer be considered pressing; this is what happened to the Third Way, which lost its raison d’être when the idea of returning the Golan Heights to Syria became a dead letter.

Finally, flash in the pan parties usually do not make a significant investment in establishing formal party institutions and recruiting members and activists. Experience shows that institutions, activists, and members are the elements that make it possible for a party to survive a crisis. Thus, for example, both the Likud and Labor recovered from serious electoral defeats, whereas Kadima and Shinui were not able to withstand them.

Looking Toward the Future

Two prominent parties that are running in the 2015 Knesset elections will have to prove that they are not flash in the pan parties: Yesh Atid and Moshe Kahalon’s new Kulanu list. As of this writing, both of these parties seem to be well on the road to reliving the fate of the flash in the pan parties of the past. They have a feeble organizational structure—a weakness that is unmistakable in the case of Yesh Atid, which continues to be controlled by Yair Lapid and did not use the interval since the last elections to establish formal institutions. Kahalon’s Kulanu party also seems to be relying exclusively on its leader’s popularity. In addition, both of these parties are spreading promises left and right, which they are unlikely to be able to keep. Given this, it is most unlikely that these parties will survive over the longer term and will recover from the setbacks and crises they are certain to face in the future.

Assaf Shapira is a member of the research team of IDI's Political Reform project and is a doctoral candidate in the Department of Political Science at the Hebrew University of Jerusalem.