In a Jerusalem Post op-ed, Prof. Mordechai Kremnitzer argues that by breaching their responsibility to be impartial, the UN Human Rights Council and its commission for investigating alleged Israeli war crimes in Gaza are betraying international law, even if unintentionally. 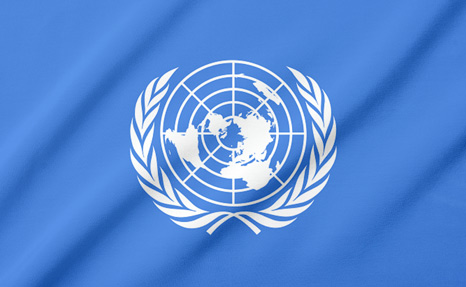 The best way to give meaning and force to the norms set by the laws of war is for political leaders and senior military commanders the world over to internalize them. To achieve this, it is essential that any proceedings that could lead to the assignment of criminal liability should be fair and just, and also appear as such. It seems that the committee headed by Prof. William Schabas does not meet this standard.

The body that established a committee to investigate suspected war crimes—the UN Human Rights Council—has a reputation for singling out Israel. The committee it appointed is suspected in advance of not having the pursuit of truth as its goal. What is more, even the resolution that set up the committee was worded in a way that suggests “sentence first, verdict afterwards.” This suspicion is only augmented by the fact that its members do not include a single citizen of the country whose military conduct is the focus of its inquiry—even though Israel has no shortage of retired judges and jurists of international repute.

The damage to the inquiry is redoubled when its chair has already declared his desire to see the prime minister of Israel in the dock at the International Court of Justice—that is, the committee's chair has already formed a negative judgment about the head of the political system that oversees the military whose conduct is to be investigated. He cannot be perceived as an unbiased investigator.

These circumstances guarantee that Israel will find it very difficult to cooperate with a committee that can by no means be seen as objective and fair minded. Even Israeli civil rights organizations—whose role is to be critical of and a check on Israeli government actions—will not be able to see the committee as anything but a kangaroo court. The result is that the inquiry will rely on the narrative of only one side: Hamas.

The partiality of the inquiry will inevitably lead to biased findings devoid of real value. The conclusions based on these findings, too, will necessarily be worthless, as happened with the Goldstone Commission. Such a report will only undermine the credibility of international criminal law.

The committee’s chair has stated that Israel would have been against it even were his place taken by the web-slinging superhero Spiderman. This defames the Israeli people. Many Israelis, myself included, would prefer a reliable, effective, and independent investigation by Israel itself, one that would render an international inquiry superfluous.

The words of poet Natan Alterman, written after the massacre of 48 Arab villagers by a Border Police detachment in 1956, and their call for an honest and open investigation, still reverberate for us today:

"No human society could exist, no public with a conscience,
That would not be agitated by an event like this and would not ask
How what happened happened, and how what happened could happen,
And what and how we have to do so that the same thing won’t happen again tomorrow."

In the absence of an impartial inquiry by Israel, many Israelis would see the purpose of an investigation conducted by an international body, on condition that its members are unbiased. Those who speak in the name of international law have a duty to guarantee that it complies with the minimum standards of the rule of law, and an honest investigation is one of them.

The Human Rights Council and the committee it has appointed bear heavy responsibility for breaching this solemn duty. By doing so, they have weakened the serious status of the law of war in the eyes of political and military leaders and, even if unintentionally, managed to betray international criminal law.

This article was originally published in the Jerusalem Post on September 29, 2014.