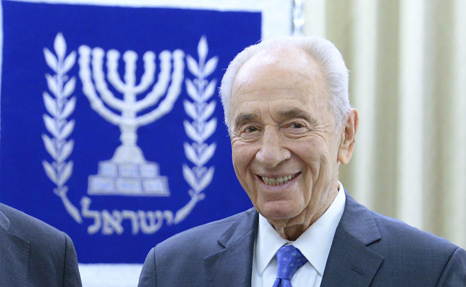 These issues are important in light of the president’s unique standing in Israeli public opinion, expressed by the great trust the public puts in the officeholder. Over the years, the Israeli Democracy Index has measured public trust in the President and has found that it is relatively strong among Jews and Arabs alike, except for the period 2007–2009, when President Moshe Katsav was facing criminal charges (see Figure 1).Past surveys found a high degree of public trust in the president. A 1995 Peace Index survey conducted by the Tami Steinmetz Center for Peace Research at Tel Aviv University asked: “To what extent do you trust each of the following individuals with regard to their role in the peace process?” The breakdown of replies was: President Ezer Weizman (43%); Foreign Minister Shimon Peres (32%); Prime Minister Yitzhak Rabin (26%); and leader of the opposition Benjamin Netanyahu (20%) (The Peace Index, September 1995, Tami Steinmetz Center for Peace Research, Tel Aviv University). A Democracy Opinion survey conducted by Asher Arian for the Israel Democracy Institute in 1999 found that approximately two-thirds (65%) of the Jewish population believed that the president strengthens democracy in Israel; in contrast, only half (49%) felt this way about the prime minister and less than a quarter felt this way (23%) about Israel's religious leadership.

Figure 1: Trust in the President
(Total of “to some extent” and “to a great extent,”
entire sample, Jews and Arabs, by years, percent)

The Peace Index survey conducted in January 2014 addressed two aspects that are especially relevant for the upcoming presidential elections: the public’s preferences as to the   professional background of the next president and the composition of the electoral body.

In the January 2014 Peace Index survey, respondents were asked what background they think the Israeli president that will be elected in 2014 should have. They were given a choice of three possibilities: the president should have a background in politics, the corporate and financial sector, and academic scholarship and culture. Figure 2 presents the distribution of the responses.

Figure 2:
In a few months, President Peres will complete his term of office
and there will be presidential elections.
What background should the new president have …?

The responses indicate that the public prefers a president who comes from academia or the arts (40%); politics came in second (30%), and a small percentage of respondents (14.5%) would like to see a president from the business world. Almost one-sixth of the respondents responded “Other” or had no preference.

Data from past surveys indicate that the distaste for a politician-president is not new; it can be inferred from polling results going back to 1978. Among the factors that the public considers to be important in the choice of the president, the candidate’s party affiliation ranks at the bottom of the list of the five options that were presented (see Figure 3).

Figure 3:
How much importance do you attach to each of these factors
when it comes to the election of the President?
(Jews, “very important” and “important,” percent)

2. The Composition of the Electoral Body

Do most citizens support the current system, in which the president is elected by the Knesset? Would they rather have the president chosen by an electoral college or the general public? Given the public’s disdain for politicians and abysmal regard for the Knesset,Only 15.1% of Jews expressed great trust in the Knesset and another 39.4% expressed some level of trust. See The Israeli Democracy Index, 2013.  it is not surprising that Israelis would like to see the election of the president removed from the hands of the members of Knesset (see Figure 4).

Figure 4: “Who Should Elect the President?”
(Jews, percent)

As can be seen in Figure 4, the current method, in which the president is elected by the Knesset, is the least popular among Jews (favored by only 16%). A majority of Jewish respondents (59%) would like to see the president elected by the general public; 20% prefer an electoral college.

The heavy preference for popular election of the president was found in every sociodemographic sector: those on the political right (62%), centrists (59%), and leftists (49%); and by those who define themselves as religious (64%), traditional (61%), secular (55%), and ultra-Orthodox (53%). The stronger preference among those who define themselves as right-wing may stem from a desire to transfer more power to the people. Other explanations, however, are also possible, such as the profound political alienation of rightists from the KnessetOnly 51% of respondents on the political right expressed great or some trust in the Knesset, as against roughly 64% of centrists and 61% of leftists. See The Israeli Democracy Index, 2013. or the greater confidence of rightists that popular elections would favor candidates from their camp.