As Israel prepares to celebrate its independence, Rabbi Dr. Benjamin Lau and Ms. Shira Ruderman remind us of the need to bring people with disabilities into the circle of those who celebrate independence, drawing on the legacy of the late Prof. Reuven Feuerstein in this call for integration. 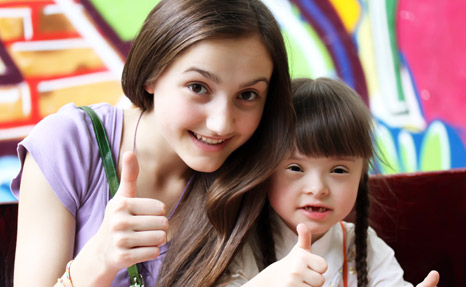 Israeli society celebrates Israeli independence in many different ways. There is one group of people, however, for whom "independence" is a painful and sensitive issue. The reality of life has stripped these people of their independence, making them dependent on the kindness and goodwill of those around them.

Last week, the State of Israel lost one of its educational giants, Professor Reuven Feuerstein, of blessed memory. The authors of this article were privileged to meet with him a month ago at his institute and to hear him chastise those who refer to the integration of children with special needs as a "right." "Do not utilize the discourse of rights," he admonished; "that is not the correct language." In his eyes, the correct frame of reference is the discourse of obligation, since it is imperative that society ensures the realization of the inherent potential of each of its members.

As Prof. Feuerstein stressed in his work, children and adults with special needs are an integral part of society and are no different than anyone else in terms of their ability to change and develop. No one is born independent. People must be trained, both at home and in school, through a long and arduous process of education that enables them to grow into assuming the burden of independence, in which responsibility and authority are tied to a person's very core. The natural tendency of children, often regardless of age, is to be dependent; they look to others to lead them and to make decisions for them. People with disabilities also tend to turn to others and to depend on them, and are very fearful of the transition to freedom. Yet the minute a person experiences true independence, which includes freedom of choice at its core, he or she will not give it up for anything. This can be seen, for example, from the testimony of blind people who have learned to use a guide dog for mobility, who often describe the experience as a transition from slavery to freedom.

The citizens of Israel face a national, human challenge of creating a sweeping social movement that will work tirelessly to bring people out of slavery and into freedom and move them from dependence to independence. Rabbi Abraham Isaac Kook described this challenge in the introduction to his book on the Passover Haggadah Olat Ra'ayah: "Authentic freedom is that uplifting force that elevates both the individual and the entire people so that they can be faithful to their inner essence, to the spiritual quality of the divine image within them and, thanks to this quality, can experience their lives as lives that have direction and value."

Deep inside, each person has an inner self—his or her own "image of God." Every person has a full and equally worthy life, and in order to have a life of freedom and independence, each person must actualize his or her inner self. We must all educate our children to be independent and must work with all our might to create an environment in which free individuals will be able to celebrate independence not only at Independence Day performances in the city centers but also—and primarily—in the way that they live their lives. Integrating people with special needs—regardless of their age or type of disability—is a challenge that is knocking on the State of Israel's door as it celebrates its independence.

Great scholars have already noted that there are many people who are afraid of independence and who try to escape from the responsibility it entails. People who are officially diagnosed with special needs are not the only ones who lack independence and freedom; many people in society are afraid of freedom and hand over the keys that control their choices to others in many areas of life. In his book Escape from Freedom, Erich Fromm defined modern man as "a small cog in the machine, well fed, and well clothed, yet not a free man but an automaton."

Integrating people with disabilities into normative civilian life is one of the important challenges of the State of Israel, a country that is concerned with the social processes of Western society. We cannot justify segregation by hiding behind claims that people with disabilities themselves prefer closed institutions, special and separate education, complete nursing care, the appointment of guardians, etc. The trend should be toward maximum integration, in accordance with the individual's capabilities and as appropriate for his or her life circumstances.

The issue of integration requires further study and cross-system support. All of the systems that provide services to people with disabilities must join this effort. In addition, without emotional mobilization, integration cannot succeed. But once we decide that integration is the correct model for a life of independence, nothing can stand in our way.

Last week, we lost Prof. Feuerstein, who served as a beacon of light and an educational compass for us all. Now that his light has been extinguished, it is incumbent upon us to continue working in his spirit and to create a movement that will operate in all areas of life in order to expand the circle of people who can participate in the celebration of independence while standing tall and proud.

A Hebrew version of this article was published on the nrg website on the eve of Israel Independence Day, 2014.