In honor of International Day of Persons with Disabilities, Rabbi Dr. Benjamin (Benny) Lau celebrates a planned change in the Chief Rabbinate's policy regarding the treatment of hearing impaired individuals when it comes to marriage in Israel. 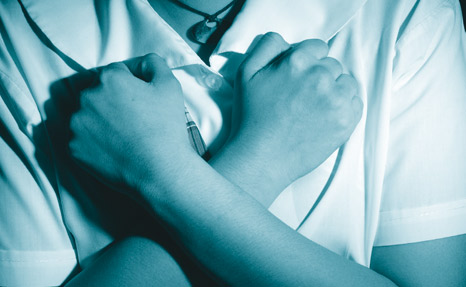 There is good news in honor of the International Day of Persons with Disabilities, which is celebrated on December 3rd but is being marked by the Knesset this year on December 10th, International Human Rights Day: The Israeli Chief Rabbinate is prepared to take a warm and accepting approach, and to advance the status of people who are deaf who are in need of religious services.

It all started with just another summer day, when I was in the office of Mr. Achiya Kamara, the Israeli Commissioner for Equal Rights of Persons with Disabilities in the Ministry of Justice. The meeting had been set up because I had begun working as the head of the Israel Democracy Institute's Human Rights and Judaism in Action project, an initiative established in partnership with the Ruderman Family Foundation, which works broadly and deeply to advance the integration of people with disabilities into the community.

Achiya looked at me and said, "Explain to me why I can't be married by the rabbinate in the same way that you can." The anger in his voice surprised me, and I asked him to continue. The Commissioner, an educated and wise man, does not hear through his ears; rather, he uses a device that transmits sound directly to his brain. According to what he told me, when people like him begin the process of marriage registration, they are treated differently from other people.

Achiya's claim that people receive discriminatory treatment by the rabbinate due to hearing disabilities seemed baseless to me. I set out to clarify the matter at the various offices of the Chief Rabbinate in Israel. The picture that I found surprised me. At all of the offices, I met people who were both attentive and embarrassed. They were attentive to the distress caused to people with hearing challenges and embarrassed by the orders that they themselves had to follow. According to the guidelines of the Chief Rabbinate, when people who speak only in sign language apply for a marriage license, they are to be defined as having questionable mental capacity (safek bar daat), a status that impacts the way that they can marry according to Jewish law.

I next approached the heads of the Chief Rabbinate's marriage department in Jerusalem: Rabbi Yitzhak Ralbag, a member of the Chief Rabbinical Council, and Rabbi David Banino, the head of the marriage registration department. In consultation with them, I drafted a document that describes the evolution in the status of deaf people in Jewish law through the ages until today. These two rabbis presented this document to rabbis who are considered to be halakhic policy makers in Israel. Several rabbis who are considered to be leading authorities wrote responses to the question and indicated that it is their view that the rabbinate can treat a deaf person just like anyone else in Israel with regard to marriage registration and the way the wedding ceremony is performed. Chief Rabbi Rabbi David Lau, who at that time had just been elected, also delved into the matter and lent his hand to the position of the rabbis who see sign language as a recognized language that is equal to the speech of a person who is considered to have common intelligence. According to the information I have, the Chief Rabbi intends to publish guidelines that will include this ruling, which will be sent to all of the marriage registrars in Israel.

The reason why these rabbinic responses were not written until now is simple. Little was said about this matter in the field, and what was said was not said loudly enough. A movement of internal renewal exists within the world of Torah and halakha—a careful and meticulous movement, which always responds to cries of pain from the field. Halakhic authorities have never ignored these cries; the expressions of pain simply do not always reach their ears. The new Chief Rabbinate wants to illuminate all aspects of public life with the light of Torah and Jewish law and to restore the Chief Rabbinate to its former role—that of a responsive rabbinate that is consistent with Jerusalem's ancient name of "Talpiot" (tel + piot, literally: the hill of mouths), the place toward which all mouths turn in prayer.

A version of this article was published as "Listening to the Deaf" in The Times of Israel on December 10, 2013.

Rabbi Dr. Benjamin (Benny) Lau heads IDI's Human Rights and Judaism in Action project and is the rabbi of the Ramban Synagogue in Jerusalem. His activities at IDI are supported by the Ruderman Family Foundation.