Judge Richard Goldstone’s retraction of his commission's finding that Israeli actions in Gaza during Operation Cast Lead deliberately targeted civilians righted a historical injustice. But did the actions of the State of Israel contribute to the false impression received by the Goldstone Commission? In this op-ed, IDI Senior Fellow Prof. Yuval Shany explores the question of whether the Israeli government should also search its soul and consider participation in future international commissions of inquiry. 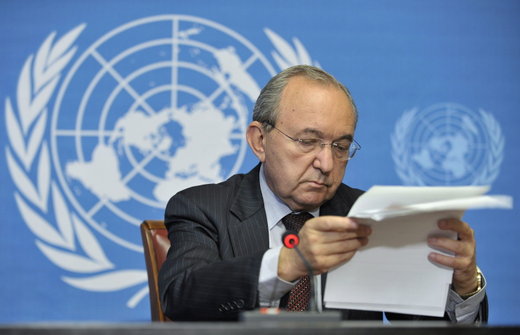 The op-ed in which Judge Richard Goldstone expresses his regret over the findings of the report issued by the fact-finding mission that he chaired helps correct a historical injustice that the report brought upon Israel. The most dramatic finding of the Goldstone Report was the determination that Israeli actions in Gaza deliberately targeted noncombatant civilians—an assertion that stained the reputation of Israel's heads of state and army with the allegation that they committed international crimes. Like many others, I believed this allegation to be baseless. The supporting evidence for this claim in the Goldstone Report was particularly weak; moreover, this finding was in complete (and unexplained) contradiction to a series of actions that Israel took to reduce the harm inflicted upon the civilian population of Gaza. The fact that Judge Goldstone himself retracted this severe accusation towards the State of Israel is therefore a most positive development.

And yet, one must consider whether the conduct of the State of Israel itself did not contribute to the false impression that Israel's actions in Gaza were deliberately aimed at harming Palestinian civilians.

First, Goldstone's assertion that he changed his opinion as a result of the recent publication of findings of Israeli military investigations supports the conclusion that the Goldstone Report might have arrived at different conclusions if this information had been available to Judge Goldstone when the commission was conducting its inquiry. Accordingly, there is a need to reexamine the wisdom underlying the government's decision not to cooperate with the commission.

Israel's lack of cooperation not only prevented it from presenting its position to the commission in a coherent and comprehensive manner (including the presentation of information about steps taken by the IDF to reduce that harm that the military operation caused to the Palestinian population—information that may have prevented the commission from reaching some of its harshest conclusions about Israel), but also implied that Israel had something to hide—creating an image that gave credibility to the harsh findings of the commission. It is also possible that the very refusal to cooperate with the commission antagonized its members and lessened their willingness to go out of their way to locate information supporting the Israeli account of the events (which, as stated previously, was never presented to the commission in a detailed and orderly fashion).

Second, by not establishing its own commission of inquiry or setting up an independent examination procedure in the wake of Operation Cast Lead, Israel reinforced the problematic impression that it had something to hide regarding the events in Gaza. Here, too, an authorized investigation of these events by an independent Israeli body with international standing (whether or not it would have included international members or observers) could have influenced the Goldstone Report's findings or may have at least diminished the report's importance by generating a competing, coherent account of the nature of the military campaign and its underlying goals. Indeed, the Turkel Commission, the public commission that Israel established to examine the flotilla incident of May 2010, demonstrates how a serious legal response by Israel can reduce international criticism of Israeli military actions. It is a pity that a similar step was not taken in the wake of the military operation in Gaza.

Ultimately, Goldstone's op-ed clears Israel of serious accusations regarding Israel's management of the Gaza campaign. It does not, however, relieve Israel of the responsibility to thoroughly investigate every incident that occurred during Operation Cast Lead that raised suspicions of violation of international humanitarian law. In this context, it is important to point out that the two reports published by teams of experts appointed by the Human Rights Council to monitor the implementation of the Goldstone Report indeed commended Israel for its investigatory efforts, but criticized the slowness of the procedures and identified some substantive flaws in the military inquiries (e.g. the lack of independence of some of the investigations and the fact that senior military and political officials were not investigated). Thus, Israel has not finished dealing with the legal implications of Operation Cast Lead and must not see Goldstone's op-ed as a complete exemption from the need to for soul-searching and for examining its own conduct.

Prof. Yuval Shany is a Senior Fellow at IDI, the Director of IDI's Terror and Democracy Research Program and holds the Hersch Lauterpacht Chair in International Law at the Hebrew University of Jerusalem.