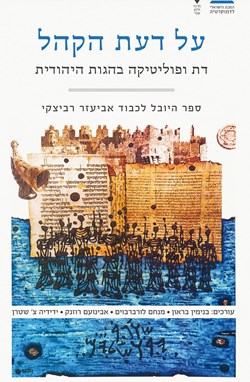 Religion and Politics in Jewish Thought

Professor Aviezer Ravitzky begins his article "Thought and Leadership in the Teachings of Maimonides" [1] by citing the words of the French writer Julien Benda, who coined the term "treason of the intellectuals" (La Trahison des clercs) in 1927. [2] Ravitzky was aware of the elitist and introverted context of this saying, meaning, Julien Benda preached to the intellectuals to concentrate on concepts and ideas and not to turn to the social and political realm; the philosopher, scholar, and intellectual should offer an objective and distanced analysis, which does not touch personal, group, or national interests.