Dr. Gilad Malach, who heads IDI's research program on the ultra-Orthodox community in Israel, discusses the barriers that weigh down attempts to increase the employment rate in the Haredi community and suggests possible solutions. 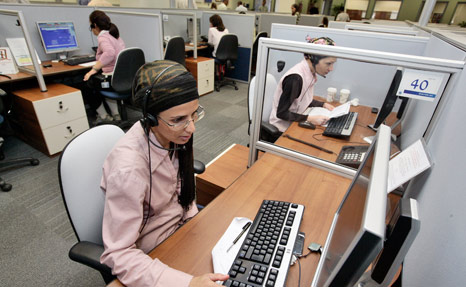 The return of the Haredi, or ultra-Orthodox, political parties to the coalition after almost two years in the desert of the opposition has led to many bleak predictions about the integration of ultra-Orthodox Jews into the job market. These gloomy forecasts are based on the abolition of incentives designed to encourage Haredim to join the work force. These reversals included the restoration of the benefits that the Haredi community had previously received, the reinstatement of yeshiva funding, increased child allowances, and canceling the limitation of subsidies for day-care costs to families with working fathers, and other benefits included in the coalition agreement that the Likud reached with the ultra-Orthodox parties United Torah Judaism and Shas.

These predictions, however, ignored one phrase in the coalition agreement—a few words that mark a turning point in the way that Haredi politicians view employment in the ultra-Orthodox community. For the first time, the coalition agreement contains a clause in which the government promises to work toward the integration of ultra-Orthodox Jews into “fulltime, quality employment.”

The State of Israel has made a multi-disciplinary effort in recent years to increase the employment rate in the ultra-Orthodox community. A government decision in 2010 set employment targets for this community that are to be met through vocational training centers, academic programs designed especially for Haredim, guidance centers, and the establishment of industrial zones geared toward the ultra-Orthodox sector. But these targets face three major challenges:

But the Haredi politicians were definitely affected by their stint in the opposition. They now realize that not even the restoration of the various stipends and benefits will alleviate the financial hardship in the Haredi sector and that employment options should be made available to all members of the ultra-Orthodox community who want them. Like the professionals in the Finance and Economy Ministries, they too are becoming well aware that unless many ultra-Orthodox job-seekers enter medium- and high-income fields, there will be no revolution in ultra-Orthodox employment.

The employment of ultra-Orthodox Jews in medium- and high-income jobs will benefit the government by bringing in greater tax revenues. It will benefit the general public by distributing the tax burden more equitably, and will increase the economic well-being of many Haredi families. In order to accomplish this, the government must set targets for Haredi employment rates over the coming decade that will include not only jobs for Haredi workers, but also jobs with higher income. These target rates should go together with a work plan that includes high-quality training for the job market, encouragement toward high-level employment by the guidance and placement centers that cater to the ultra-Orthodox community, and incentives for employers to hire Haredim in fields that are in demand. Working toward these goals will lead to increased productivity in the ultra-Orthodox sector and higher salaries for ultra-Orthodox workers.

The relationship between the ultra-Orthodox community and the State of Israel is at an important crossroads. Working toward high-quality employment for Haredim will contribute a great deal to the economic prosperity of both the state and Haredi society. As a result, the social benefit of such employment is also beyond any doubt.

Dr. Gilad Malach is a Research Fellow at the Israel Democracy Institute and heads IDI's research program on the ultra-Orthodox in Israel.

The above article is a summary of a policy paper that was presented by the staff of IDI's research program on the ultra-Orthodox community in Israel to the Finance and Economy Ministries. It was originally published in Hebrew in The Marker on June 16, 2015 and in English in the Jerusalem Post on July 14, 2015.