Prof. Shahar Lifshitz outlines what halakhic authorities and the Knesset can do in order to resolve the issue of get refusal, as discussed at the Second Agunah Summit convened by IDI, the Bar-Ilan University Faculty of Law, the Tikvah Center for Law and Jewish Civilization, and the Jewish Orthodox Feminist Alliance (JOFA). 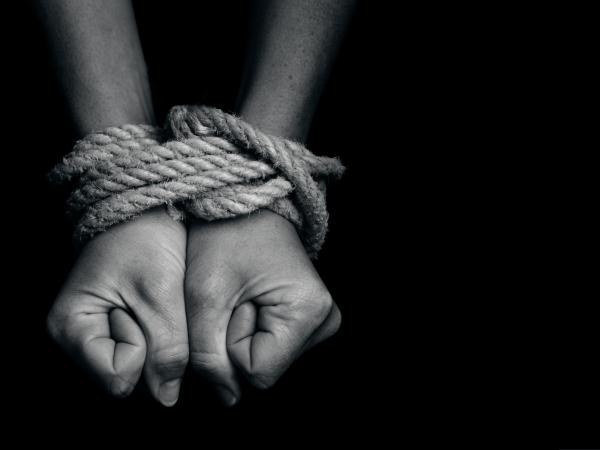 Jewish divorce law begins with the premise that divorce is dependent upon the will of the husband. As the Talmud says, “The man divorces only by his free will.”

This is the background that gave rise to the plight of agunot (literally “chained women"), whose husbands have vanished or are mentally incapable of granting them a religious divorce, and mesoravot get—women whose husbands are refuse to grant them a get, or religious bill of divorce. It is only in rare cases that rabbinical courts force a husband to issue a get, leaving these women at the mercy of their husbands’ good will.

Some people believe that the predicament of mesoravot get is a divine decree, or at least a decree of halakha (Jewish law). Some rabbis have said that mesoravot get must suffer in silence and thereby sanctify the name of Heaven. Legislators and judges in Israel generally tend to wash their hands of this matter, claiming that it is an internal halakhic issue.

Recently, however, at the Second Agunah Summit convened by the Bar-Ilan University Faculty of Law, the Israel Democracy Institute, the Tikvah Center for Law and Jewish Civilization, and the Jewish Orthodox Feminist Alliance (JOFA), it emerged that both halakhic authorities and the Knesset can and should do much more to resolve this issue than they have been doing until now. Among the possibilities that arose were the following:

Firstly, alongside rabbinic judges who continue to adhere to rigid approaches and even add new stringencies, there is an emerging trend of rabbinical court judges who are trying to work within the framework of halakha to alleviate the plight of mesoravot get as much as possible. For example, men who refuse to grant divorces often demand that their wives forfeit their property rights as a condition for receiving a get; recently, however, one prominent rabbinical court judge, Dayan Rabbi Eliyahu Heishrik, ruled that in such a case, a man who refuses to grant his wife a divorce can be compelled to grant a divorce.

Secondly, a significant revolution in Jewish divorce law already took place over a thousand years ago in the Gaonic Period, with the institution of the status of "moredet" (the “rebellious wife”), in which a wife who finds her husband repulsive can compel him to grant a divorce. While this ordinance was originally instituted to address the concern that women who were unable to obtain a get in rabbinic courts would try their luck in non-Jewish courts, Maimonides later issued a general halakhic ruling that a husband who has become repulsive to his wife can be forced to grant her a divorce. The logic behind his ruling was liberal and universal, as Maimonides backed up his ruling by asserting that the daughters of Israel should not be seen as their husbands’ prisoners. An additional halakhic solution is based on an approach developed by Rabbi Hayyim Palachi in the 19th century, and holds that after a year and a half of separation, a husband can be forced to grant his wife a divorce. Both of these rulings are well-suited for the situation in Israel today and it is time to return them to use.

Thirdly, a group of scholars and academics headed by Prof. Berachyahu Lifshitz have proposed civil legislation that would retroactively expropriate the money used to effect the marriage (i.e., the sum paid for the ring, which Jewish law requires the husband to purchase with his own money), thereby annulling the marriage. Such a law would make it unnecessary to obtain a recalcitrant husband’s consent to a divorce.
Finally, an additional type of solution centers on prenuptial agreements that would make it impossible for women to be "chained" in marriages they wish to dissolve.

Given the variety of existing halakhic solutions, I do not believe that the current suffering of chained women should be accepted as a divine decree; rather, the public must demand that contemporary halakhic authorities use all the halakhic tools at their disposal and work with the utmost determination to put an end to the phenomenon of get refusal.
Israel's elected authorities must also act on this issue. The appointment of rabbinical court judges should be limited to rabbis who are committed to taking decisive action to end the plight of women whose husbands refuse to give them a get. Civil legislation must also be passed in order to promote the solutions of annulment and prenuptial agreements. Such intervention would not be against Jewish law but would simply outline the conditions for the halakhic process that is necessary to free women from the chains of unwanted marriage.

It is important to emphasize: All the proposals I have mentioned are grounded in halakha and in the existing legal system in which rabbinical courts are institutions of the State of Israel. In contrast to the possibilities presented above, other ideas that are being considered in Israel would change the system from the ground up. One such idea is the establishment of a private divorce court that would act to dissolve the marriages of mesoravot get without authorization of the state. In my opinion, this proposal is extremely problematic and liable to lead to severe halakhic, legal, and humanitarian problems.

Another idea that has been raised is to abolish the religious monopoly in Israel and to institute civil unions that would, among other things, ease the plight of mesoravot get. As the initiator of the original civil unions bill, I am certainly a supporter of such proposals in their own right. However, those who believe that the introduction of civil unions or civil marriages in Israel would resolve the problem of agunot and mesoravot get are sorely mistaken. After all, civil marriage exists in all Western countries, but many Jews who live in those countries opt for religious ceremonies nevertheless. In many cases, after a Jewish couple receives a civil divorce, the husband refuses to grant his wife a religious divorce, thereby leaving her an agunah.

Some believe that once Israel offers a couple the option of civil marriage, the state will no longer have to concern itself with the needs of people who chose to have a religious ceremony. In my opinion, this position is cold and inhuman. In addition, Israel is not only the state of the Jews, it is the Jewish state; accordingly, one of its roles is to develop tools to deal with the issue of mesoravot get, which is one of the most difficult problems in contemporary Judaism.

As I have explained above, there are solutions to this problem. Regardless of whether civil unions are instituted in Israel, the Israeli public must demand that its elected officials and religious authorities stop ignoring the problem of chained women and work to resolve it.

Prof. Shahar Lifshitz is the Dean of the Faculty of Law at Bar-Ilan University and one of the directors of IDI's Human Rights and Judaism project.

A Hebrew version of this article was published by on the Ynet website on March 5, 2014.