IDI researcher Dr. Amir Fuchs criticizes the proposed Basic Law that would establish Israel as the nation state of the Jewish people and recommends accepting Israel's Declaration of Independence as the preamble to Israel's future Constitution instead. 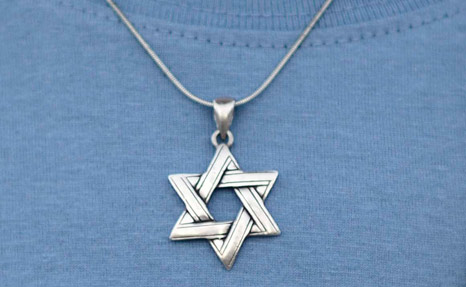 The Israeli government coalition is being asked to weigh in on a truly fundamental issue that is a matter of principle, concerning the identity of the State of Israel, democracy, and relations between religion and state.

The proposed Basic Law: Israel as the Nation State of the Jewish People (in all of the versions brought before the Knesset to date, whether the original bill by MK Zeev Elkin or the other by MKs Ayelet Shaked and Yariv Levin), is not simply a declarative bill intended to formally anchor the current situation in Israel in law. It is a revolutionary bill that undermines the current definition of Israel as a “Jewish and democratic state” and may undermine the foundations of constitutional law and protection of human rights in Israel. This legislation aims to strengthen the “Jewish” dimension of the state at the expense of its democratic dimension, and is liable to lead to institutionalized exclusion and discrimination. It will also strengthen the connection between religion and state, a connection that is very strong in Israel in the first place.
Some people argue that even if the claims cited above are correct, it is still very important to anchor the definition of the State of Israel as the nation state of the Jewish people in law. This is both because there is no statutory basis for Israel’s status as a nation state and because Israel must make this statement itself before it can demand such recognition from other political entities.

As for the claim that there is no statutory basis for Israel’s status as a Jewish state, this is simply not true. Two existing Basic Laws from 1992 (Basic Law: Freedom of Occupation and Basic Law: Human Dignity and Liberty) clearly state that Israel is a Jewish and democratic state.

Moreover, there are many other laws that anchor Israel’s status as a Jewish nation state even if they are not Basic Laws. These include the Law of Return, laws pertaining to the Sabbath, laws related to the Jewish Agency, laws pertaining to the flag, the official emblem of the state of Israel, and the national anthem, and many more.

If a foreigner were to arrive in Israel it would be very clear to him that the country he is in is a nation state.

The law that seeks to assert that Israel is a Jewish state reveals a fundamental lack of security regarding this question on the part of its proponents. It is an attempt to anchor the obvious, and it will only provoke controversy and raise doubt. Is there any question that in 1948, the state that was established was the Jewish state?

How, then, should Israel’s status as a nation state be anchored on the constitutional level? The best way to do this would be to use the method most common in democratic nation states: to include this status in the preamble to the country’s Constitution. That is where the identity of a state is defined and where the fact that it is a nation state is declared. But in the same breath, that is also where equal rights for all citizens and for all minority groups in the country are guaranteed.

And if it seems that there is no chance that a constitution by consensus that includes a complete Bill of Rights will be enacted in the near future, there is a way to resolve this issue partially, which would anchor Israel’s status as a nation state and the principle of equal rights for minorities at the same time. This could be done by enacting a Basic Law that would make Israel’s Declaration of Independence the preamble to Israel’s Constitution.

Despite the fact that the Declaration of Independence is not built in a manner that would enable it to serve as a law or Constitution on its own, it could certainly serve as a preamble to a Constitution that would set out principles of interpretation for the Constitution in the future. This type of anchoring (which is similar to an initiative proposed by MK Ruth Calderon of Yesh Atid) could simultaneously serve two functions. On the one hand, it could reassure those who feel that constitutional anchoring for the national character of the State of Israel is vital, since the Declaration of Independence includes very clear statements of Israel’s status as the national homeland of the Jewish people and clearly affirms the historical right of the Jewish people to self-determination. At the same time, the Declaration of Independence includes statements that ensure equal rights to all residents of the State:

[The State of Israel] will ensure complete equality of social and political rights to all its inhabitants irrespective of religion, race or sex; it will guarantee freedom of religion, conscience, language, education and culture; it will safeguard the Holy Places of all religions; and it will be faithful to the principles of the Charter of the United Nations.

Only one question remains: Are the Knesset members who so passionately assert that the proposed law is merely an attempt to anchor the identity of the State of Israel in a Basic Law, without damaging democracy in any way, prepared to “sign” an unequivocal statement to that effect with regard to ensuring complete equality for minorities in Israel as well?

On June 4, 2014, the author and IDI Vice President Prof. Mordechai Kremnitzer submitted a legal opinion to the Ministerial Committee on Legislation stating their concerns about the proposed Basic Law: Israel as the Nation State of the Jewish People. Read the full legal opinion (English)

This article was originally published in Hebrew in Haaretz on November 20, 2104 and in English in the Times of Israel on November 23, 2014.