IDI President Yohanan Plesner discusses the role of religion in the Israeli armed forces and stresses the need to ensure that the IDF remains at the heart of the Zionist consensus so as to enable it to continue to be the army of all citizens of Israel. 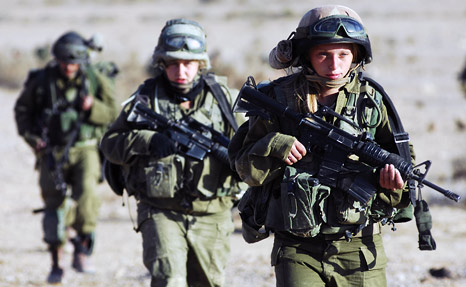 IDI's Israeli Democracy Index finds that Jews in Israel consistently give the Israel Defense Forces the highest ratings when asked to indicate their level of confidence in all Israeli institutions. A breakdown of the data shows that it barely matters whether respondents identify with the political right, left, or center, or whether they consider themselves religious, secular, or traditional: Israeli citizens across the board have a very high degree of confidence in the IDF.

It is precisely against the backdrop of this public confidence, a fairly rare phenomenon in Israel, that we must be all the more cautious when it comes to the place of the IDF in Israeli society. We must be careful not to damage its status and must make sure that it remains at the heart of the Zionist consensus.

The letter that Col. Ofer Winter wrote and distributed to officers of the Givati Brigade at the height of Operation Protective Edge was a dangerous departure from that consensus. This letter, which contained religious rhetoric, was a deviation from consensus not because it is forbidden to speak in the name of values and beliefs, but precisely because of the obligation to speak in their name. As a first step, however, we must determine what those values are.

In Israel of 2014, it is not clear what values motivate the average soldier.

In Israel of 2014, when it is almost legitimate to hold up a sign that says “I moved to Berlin” because chocolate pudding is cheaper there than in Israel, the answer to the question of what motivates a soldier to respond to the order "after me!" by charging into a battle from which he may not return is not as clear as it has been in the past.

The existential threat to the State of Israel is not over. This past summer illustrated once again that life here is no simple matter and that our existence cannot be taken for granted. The leadership of communities in the south instructed families to evacuate until the danger passed. Under the threat of Hamas rockets and tunnels, an entire region was almost completely abandoned by its residents. No country should tolerate such a situation. The justification for the war, therefore, was clear. Do individual soldiers, however, still feel solidarity and social responsibility to the same extent as they did in the past? And if they don’t, is the solution to introduce the God of Israel into the equation?

Turning Israel's just war into a religious war is liable to push those people who are not sure they are fighting for the same God away from the battlefield. It is also likely to push away people who are sure that God protects the people of Israel, but who—unlike the Givati Brigade commander—are not sure that they know exactly what God wants at any given moment in time. And it certainly distances Israelis who are members of other religions, who fight shoulder to shoulder with Jewish Israelis out of a shared belief in the justness of Israel's cause.

Bringing the discourse of religion and faith onto the battlefield can have a devastating effect when there is a conflict between God’s will, as interpreted by a given soldier or commander at a given point in time, and orders given by the military command. In a hierarchical organization like the IDF, there is no room for an additional commander, even one whose “presence fills all the earth” (Isaiah 6:3). In a military organization, there is a clear chain of command, from the rank and file soldier up to the chief of staff. The latter must report only to one superior: the Government and the Prime Minister of the State of Israel.

The demographic changes that are taking place in Israel, as well as the increasing number of officers who are graduates of religious pre-military academies, require the IDF (but not only the IDF) to think deeply about the values that are common to all its soldiers. The Zionist public that shares the burden of military service must clarify what it can unite around and what it can agree on; otherwise, the commitment to defending the homeland may crumble under the weight of arguments about God’s place in the war.

When people murdered in terror attacks were referred to as “victims of peace,” members of the Israeli political right were outraged that the memory of the dead was co-opted in support of a controversial political ideology. We must not make a similar mistake now.

The Israel Democracy Institute intends to take the lead in this thought process and is open to hearing the full range of opinions, to help ensure that the IDF remains the army of all citizens of Israel. To this end, on Monday October 20, 2014, IDI is hosting a roundtable devoted to this topic.

Yohanan Plesner is the President of the Israel Democracy Institute. He was a member of the Knesset Foreign Affairs and Defense Committee from 2007–2013.

This article was originally published in Hebrew in Makor Rishon on October 17, 2014.