Shortly before the Jerusalem municipal elections. Rabbi Yochanan Sofer, the Rebbe of Erlau, invites me to visit him. Invitations from a rabbi of his stature cannot be declined. I go to see him with great reverence. He is one of the most upright men in Jerusalem, well advanced in years, with eyes that shine with the light of deep wisdom. A fifth-generation descendant of the Chatam Sofer, in the direct paternal line, with strong and deep roots in the glorious tradition of rabbinic scholarship of the Pressburg yeshiva in Bratislava.

Rabbi Sofer wants to make sure that I am going to vote the “right way,” for a slate representing the ultra-Orthodox sector. Gently but firmly, I tell him that I inherited the tradition of my grandfather Rabbi Moshe Chaim Lau, martyred in the Holocaust, that a rabbi must never get involved in local politics. The Rebbe looks straight at me with his clear eyes and says with a huge smile, “that is what I did, too, when I lived in Erlau, after the war.” Then he raised his voice and said: “But this is Jerusalem, the royal sanctuary.”

I went on my way, in both senses. But his voice and eyes accompany my every step in this city. The royal sanctuary.

The Jerusalem Marathon. At the starting line in Sacher Park, there is an atmosphere of a public holiday, free and invigorating. Beautiful people, who relate to each other with grace and acceptance; the classic middle class that has discovered the magic of the culture of leisure. We set off and run along the most typical Jerusalem streets of all—Bezalel, King George, Jaffa.

Lots of positive energy is flowing to the pack of runners from the cheering crowd lining the sidewalks. Then the route passes through Mamilla and enters the Jaffa Gate. All at once, deep in our bones, we feel the transition to a different geographic space. Here, inside the ancient walls of the city, another sort of energy throbs and pulsates. Centuries of life have given the Old City not only the splendor of antiquity, but also the sense of awe. A royal sanctuary.

The Lag Ba’Omer bonfire in the courtyard of the old synagogue in Kraków. A group of Israelis have assembled to celebrate the memorial celebration of Rabbi Shimon bar Yochai. A handful of Hassidim congregate around a Jew who has been crowned the “rabbi of Galicia” by someone unknown. At the center of the circle is a small tin bucket with some kindling for the bonfire. Glorious desolation. Tattered remnants of a Jewish community that has known better days. Standing there, in this wretched circle, I closed my eyes and heard a distant voice. I was back in 1944. A train of cattle cars took my father from his hometown of Piotrków to the Częstochowa camp in Poland. On a Friday afternoon, a group of Jews are tossed into a large warehouse, waiting to be processed and admitted to the camp. They are exhausted from their journey and unable to fathom the ways of God, who has been leading them for the past five years from bad to worse.

Suddenly, my father’s ears hear singing voices. A group of Hassidim sitting in the same warehouse were greeting the Sabbath with the traditional Lekha Dodi hymn:

King’s sanctuary, royal city,
Arise and leave the ruins.
Too long you have dwelled in the vale of tears;
He will show you great compassion.

Their Jerusalem was adorned with the splendor of holiness and the kingdom of heaven. How they yearned for that sacred place. 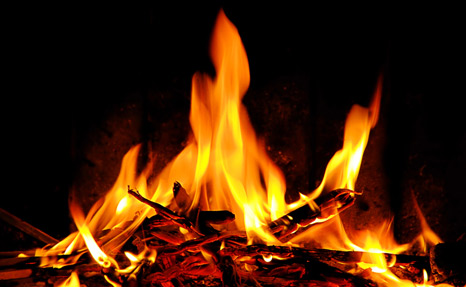 Still in the synagogue courtyard in Kraków, my eyes tightly shut, I see the tens of thousands of Lag ba’Omer bonfires in the rebuilt Jerusalem of today. I see the bonfires of Hassidim who dance in honor of Rabbi Shimon bar Yochai and the bonfires of Zionist youth groups that tell the story of the Bar Kokhba Revolt. But most of all, I see the many bonfires that tell no story at all. It's a kind of vague holiday with no ideology that happens to be part of the annual calendar; a kind of secret normalcy, devoid of holy fire but not of the joy of life.

Every Shabbat, I pass through a public park where dozens of parents and children, senior citizens on benches, teenagers in circles, and just ordinary folk are idling away a Jerusalem Sabbath afternoon. In a flash, the words of the prophet Zechariah come to life before my eyes: “Old men and old women will again sit in the squares of Jerusalem, each with staff in hand because of their great age. And the streets of the city will be full of boys and girls playing in its streets” (Zech. 8:4–5).

It was precisely this image that Rabbi Akiva conjured up when he laughed at the sight of foxes prowling in the Holy of Holies of the destroyed Temple. His imagination carried him far beyond the immediate reality, to the distant future and eternal truth. I felt the full intensity of God’s abundant goodness, which has allowed me to live in Jerusalem, the royal sanctuary and the desired destination of ordinary people who wish to live a life of love and goodness.

And I want to live in a Jerusalem of the middle
Without bumping my head above and without banging my legs below.

Rabbi Dr. Benjamin (Benny) Lau heads IDI's Human Rights and Judaism in Action project and is the rabbi of the Ramban Synagogue in Jerusalem. His activities at IDI are supported by the Ruderman Family Foundation.

This article was published in Hebrew in a special supplement for Jerusalem Day by the Makor Rishon weekly newspaper on May 23, 2014.