In 2013-2014, the number of students in yeshivas and in “kollelim” (full-time studies of Jewish subjects and Talmud for married young men) was smaller than in previous years, but beginning with 2015 the number once again rose. In 2017, 124,450 ultra-Orthodox men studied in educational frameworks designated for students age 18 and over - 64% among them, in “Kollels”. The data reflect a 6% increase, surpassing the natural population growth of the ultra-Orthodox community, to which these students belong. 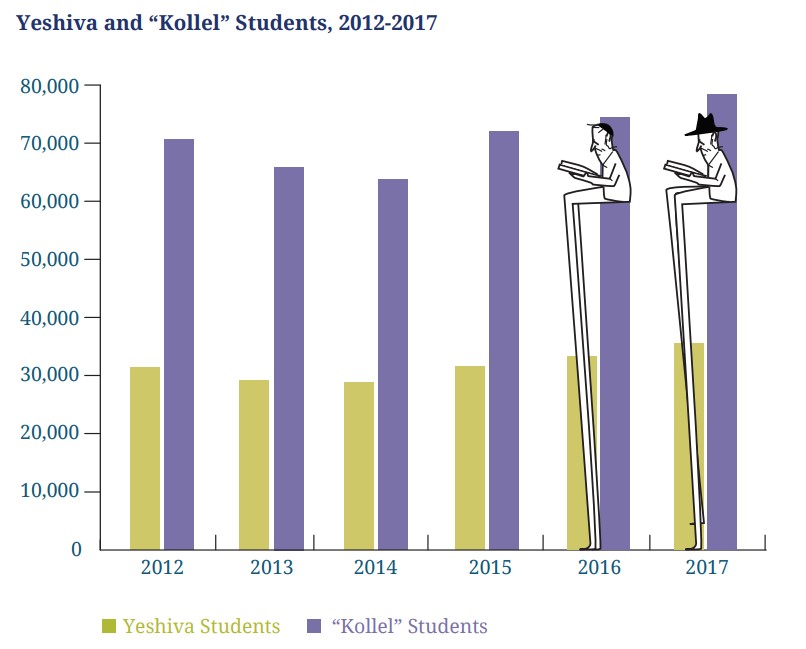 In the 2016/17 academic year, approximately 9,400 students studied in academic institutions (not including the Open University or programs leading to a diploma rather than to an academic degree), 70% of them women.

Ultra-Orthodox students tend to study subjects which will make it possible for them to work within the ultra-Orthodox community (education, teaching, and para-professional professions) and those - such as law and business administration - which open the door to employment in "practical" professions. In 2016/17 - for the first time - there was a slight drop in the number of ultra-Orthodox students , as compared with the previous year. This can be attributed in part to the drop in the number of ultra-Orthodox-from 12% in 2015/16 to only 8% in 2016/17, as a result of more stringent conditions and cutbacks in scholarships. 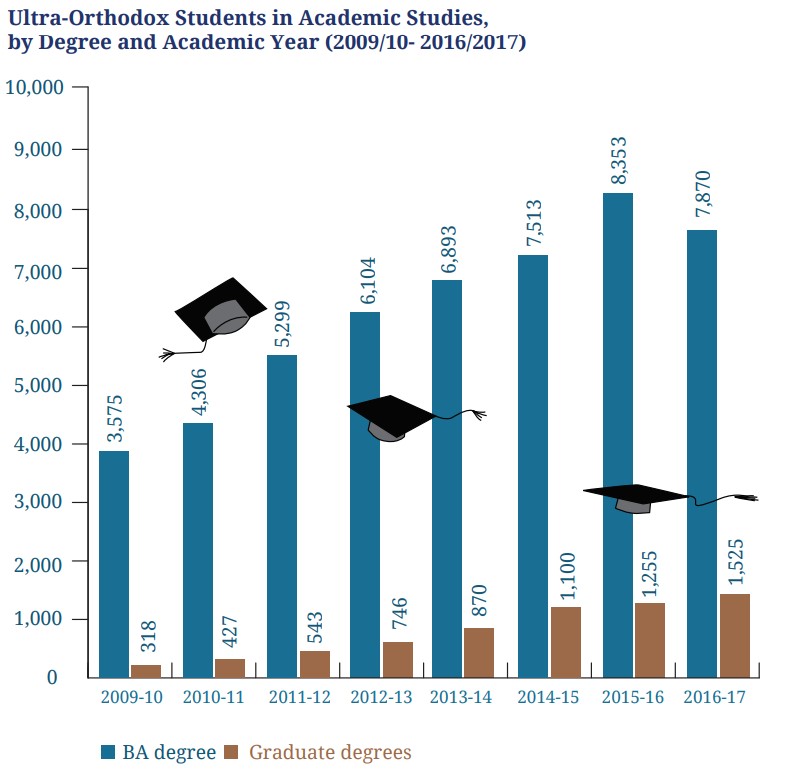