The haredi way of life is in a state of constant flux and sheds light on the relationship between the haredi community and broader Israeli society. This chapter highlights the sizeable gaps between the community and the general/non-haredi Jewish population in Israel in terms of: participation in military and civilian national service, computer and Internet use, number of driver’s licenses, and vacationers. Despite the differences, however, it is clear that integration of the haredi community in these aspects of Israeli society is a growing trend, with numbers rising steadily in all the above areas.

Voting patterns for the Yahadut Hatorah party (United Torah Judaism - UTJ) are a reliable indicator of the number and geographic distribution of haredim in Israel. Between 1992 and 2015, the proportion of voters for the UTJ list out of all voters for any party rose from 3.3% to 5%. This was coupled with a shift in distribution of UTJ voters, with a greater share now living in the new haredi cities as opposed to Jerusalem and Bnei Brak. 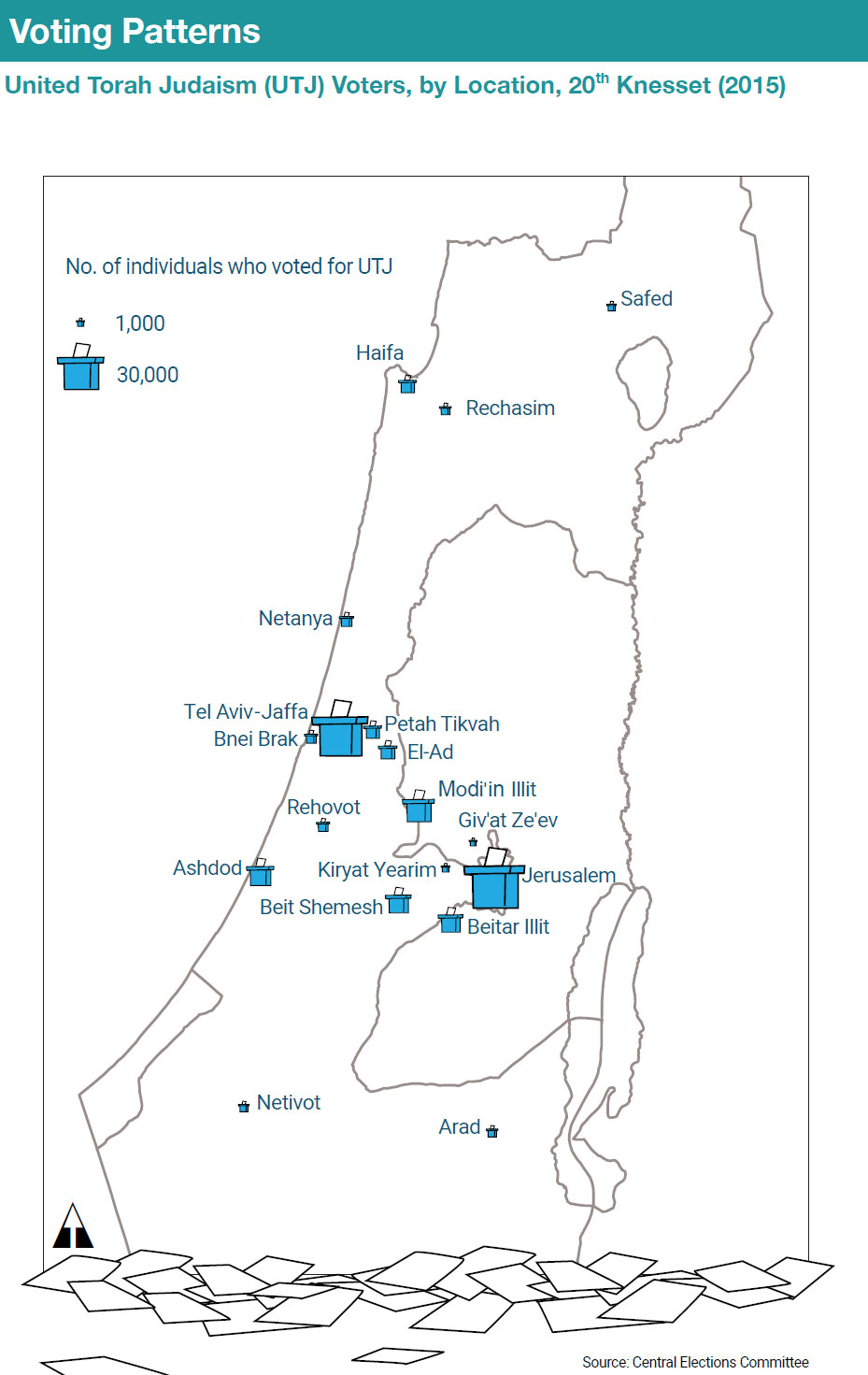 The proportion of haredim who enlist in the army or civilian national service is roughly 30% of each cohort of eligible draftees and is rising steadily. Still, the number of conscripts is lower than the target set in the amendment to Israel’s Defense Service Law, which stipulates that the annual conscription of haredi males shall not be less than 3,300 draftees per year. There is also a considerable gap in the proportion of the 20+ age group (men and women) who have served in the IDF in the past, which is very low in the haredi community as compared with the general population (18% as opposed to 68%). Among haredi males, the percentage who has served in the IDF is 31% compared with 85% of non-haredi Jewish males.

The share of haredim (both men and women) who perform national service is very low (5%), though due to the existence of a special haredi track, the share of haredi men who engage in national service is higher than that of the rest of the Jewish population (6% versus 2%). The proportion of male and female haredim who perform national service has remained stable since 2005 (compared with the general population, where the rate rose from 8% to 14.5%), though an increase of 5% was recorded among haredi males between 2005 and 2014. 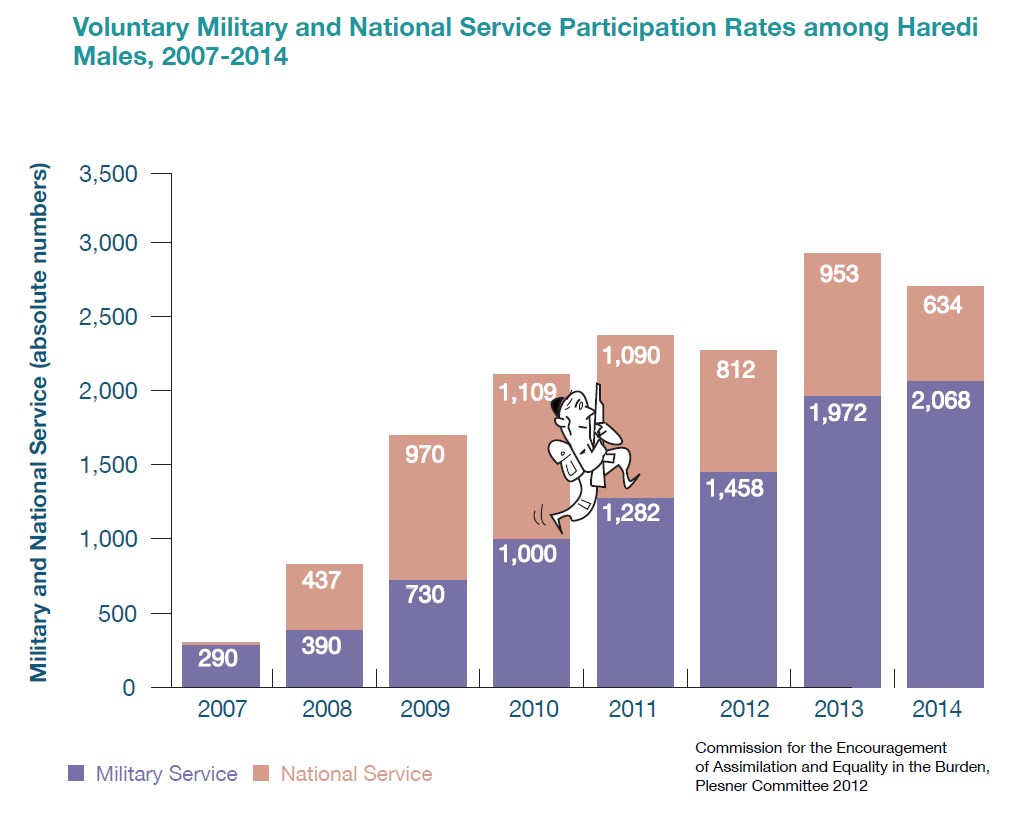 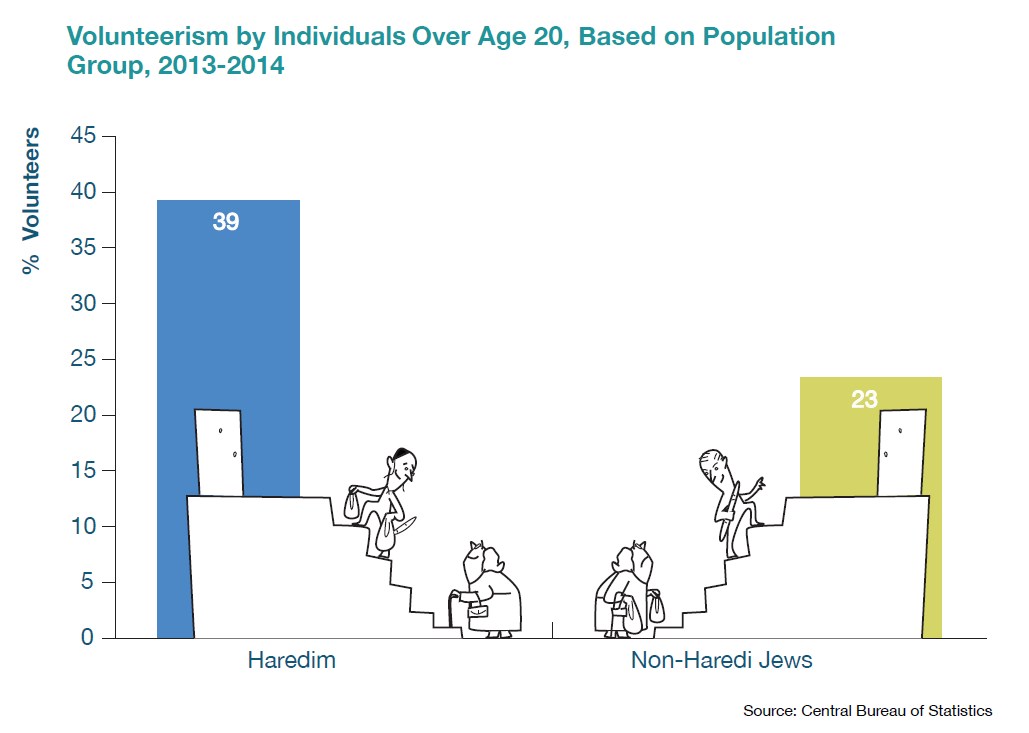 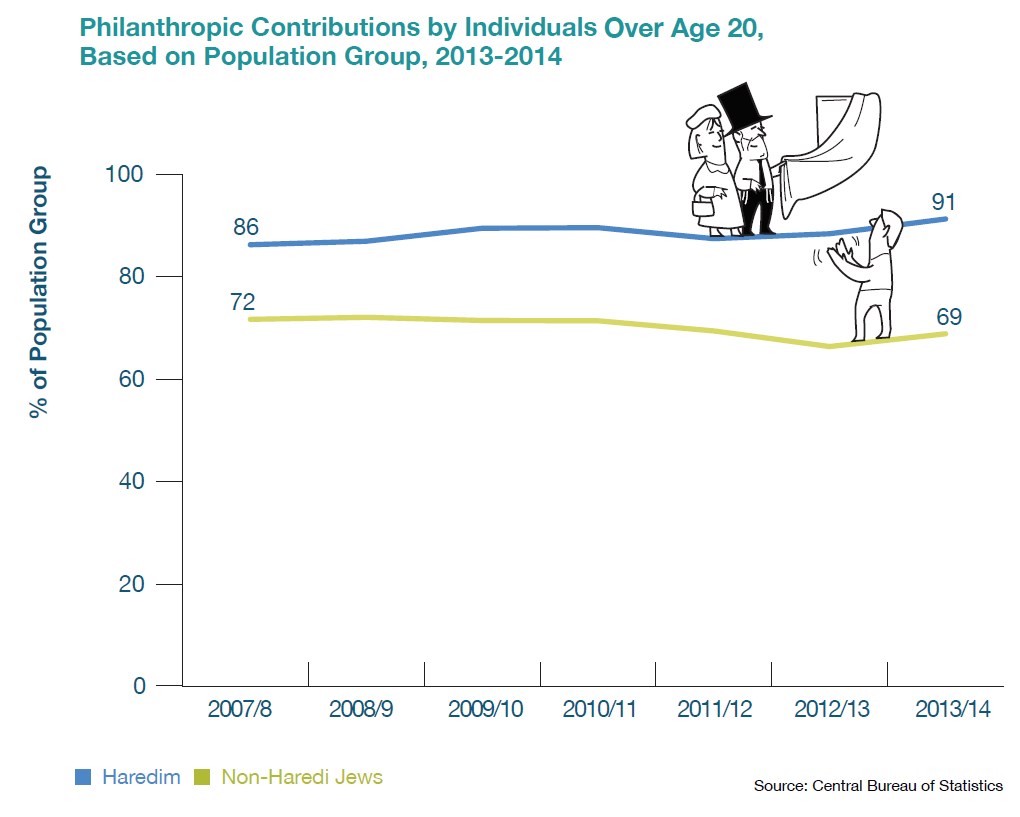 A very large disparity was also found with regard to driver’s licenses: 43% of haredim have one compared with 79% of the general population, and the gap is even greater among women. It should be noted that there has been a sizeable increase since 2003 in the proportion of haredim who hold a driver’s license. 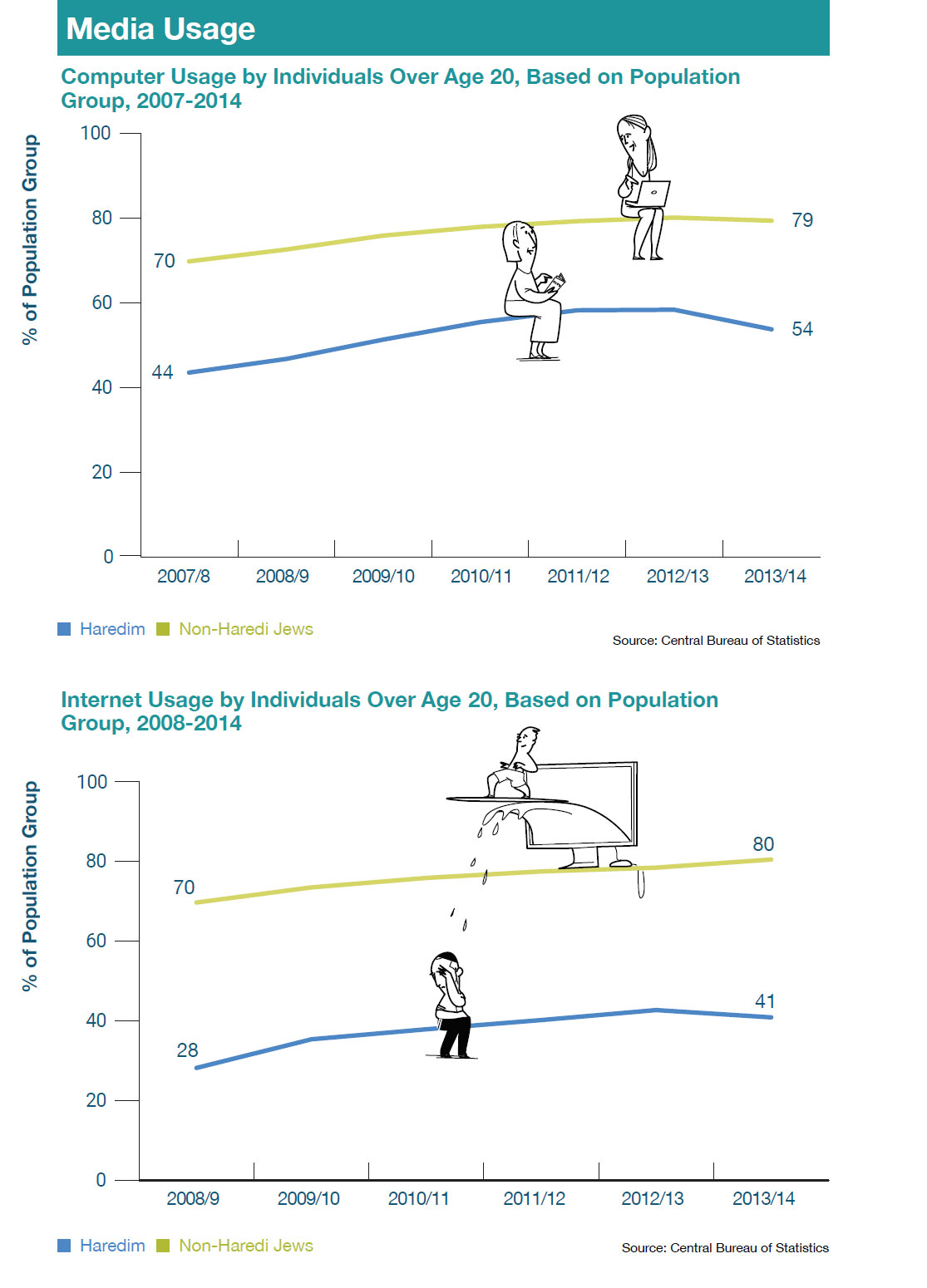 The proportion of haredim who vacation is lower than that of the general population (46% versus 59%); with the difference even more pronounced if we narrow the focus to vacationers outside of Israel (12% versus 40%). Unlike other statistics on the haredi populations lifestyle, these figures have remained constant since 2003.