The rapid demographic growth of the haredi population, with the resulting impact on the community’s economic, social and political status, has attracted a great deal of attention in recent years. This chapter discusses the size of the haredi community in Israel and its proportion to the overall population, offering an analysis of the various contributing factors to its growth. We also include demographic forecasts for the haredi population in the coming decades.

As of the end of 2015, the haredi community numbered approximately 950,000 people, meaning one in every nine Israelis is haredi (11% of the population). Some 18% of the total population of children and youth (ages 0–19) are haredim, and they make up 8% of the working-age population (20–46). The annual growth rate of the haredi population is 4% as opposed to 1% among non-haredi Jews. The high proportion of young people in the haredi population, and consequently the large number of people per household, are among the reasons for the existence of poverty within the haredi sector. 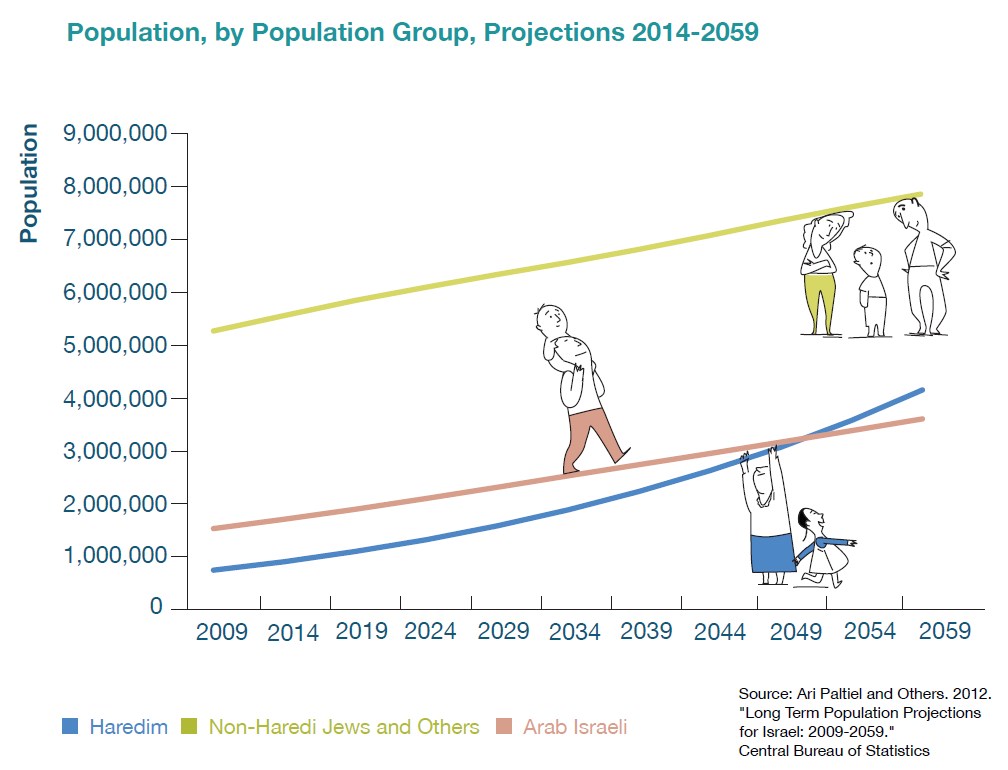 The rapid growth of the haredi population stems from the community’s high birth rate: 40 births per 1,000 among haredi women as opposed to 21 births per 1,000 women in the general population. Between 2012 and 2014, the total fertility rate (number of children potentially born to a woman during her childbearing years) averaged 6.9 children per woman in the haredi community versus 3.1 in the general population. Thus, the age structure of haredi society resembles a pyramid with a very broad base made up of young people. By contrast, the age structure in the non-haredi Jewish population is more like a rectangle, since its age groups are similar in size. 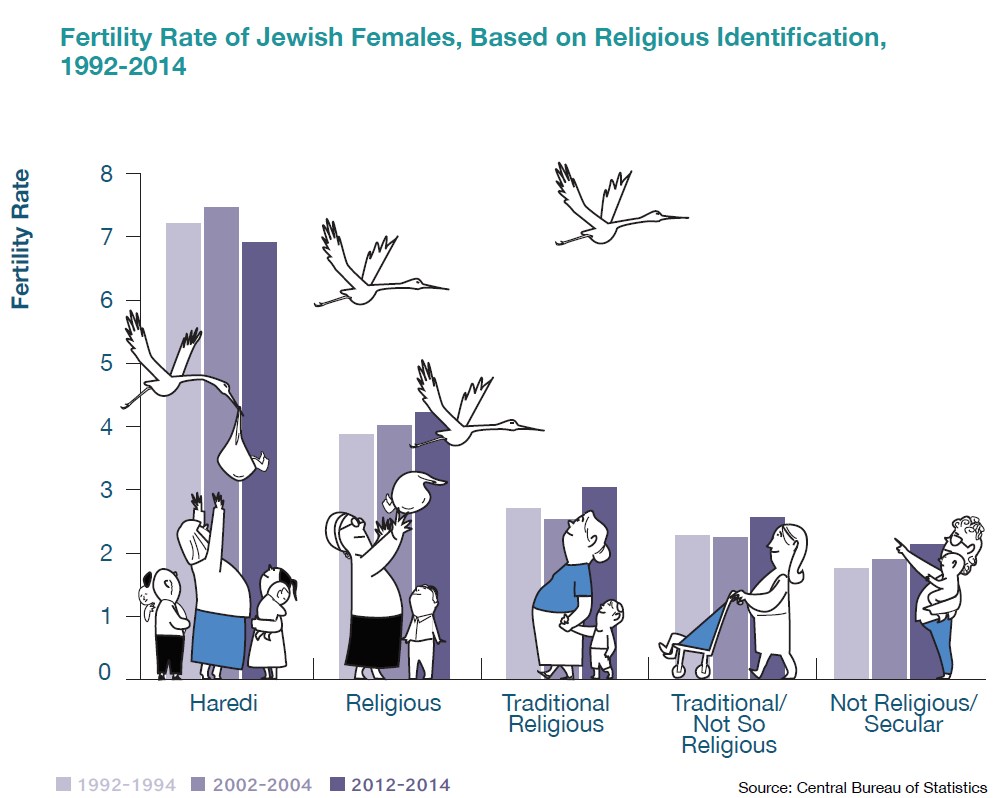 The growth rate of this population group in the more established haredi cities of Jerusalem and Bnei Brak was relatively slow between 2002 and 2013 (1% to 2% per year), compared with 7% to 10% annually in the newer haredi cities of Beitar Illit, Modi’in Illit, and Elad. It should be noted that since 2009, there has been a downturn in the growth rate of the new cities due to the aging of the population and construction shortages, which reduced the level of migration to these localities.

At 83%, the share of married haredim over the age of 20 is much greater than that among non-haredi Jews (62%). This is explained by the younger age in which people get married within haredi society—yielding a rate of singles roughly half that of the general Jewish population (12% versus 23%).

Another factor is the very low incidence of divorce and widowhood in the haredi community (5%), as opposed to the figure of 14% for the general Jewish population.