Over the last decade, ultra-Orthodox education has undergone a number of structural and system-wide changes, including the establishment of the Haredi Department in the Ministry of Education and the establishment of the State-Haredi education stream. In 2019–2020, there were some 347,000 students in ultra-Orthodox elementary and secondary schools. The majority of ultra-Orthodox educational institutions (74.5%) are in the Ministry of Education’s “unofficial but recognized” category (this includes the Independent Education system and the Bnei Yosef–Ma’ayan HaChinuch HaTorani school network), while almost one-quarter (22.5%) are in the “exempt” category (which enables them not to adhere to all Ministry requirements) and 3% –in the State-Haredi stream. 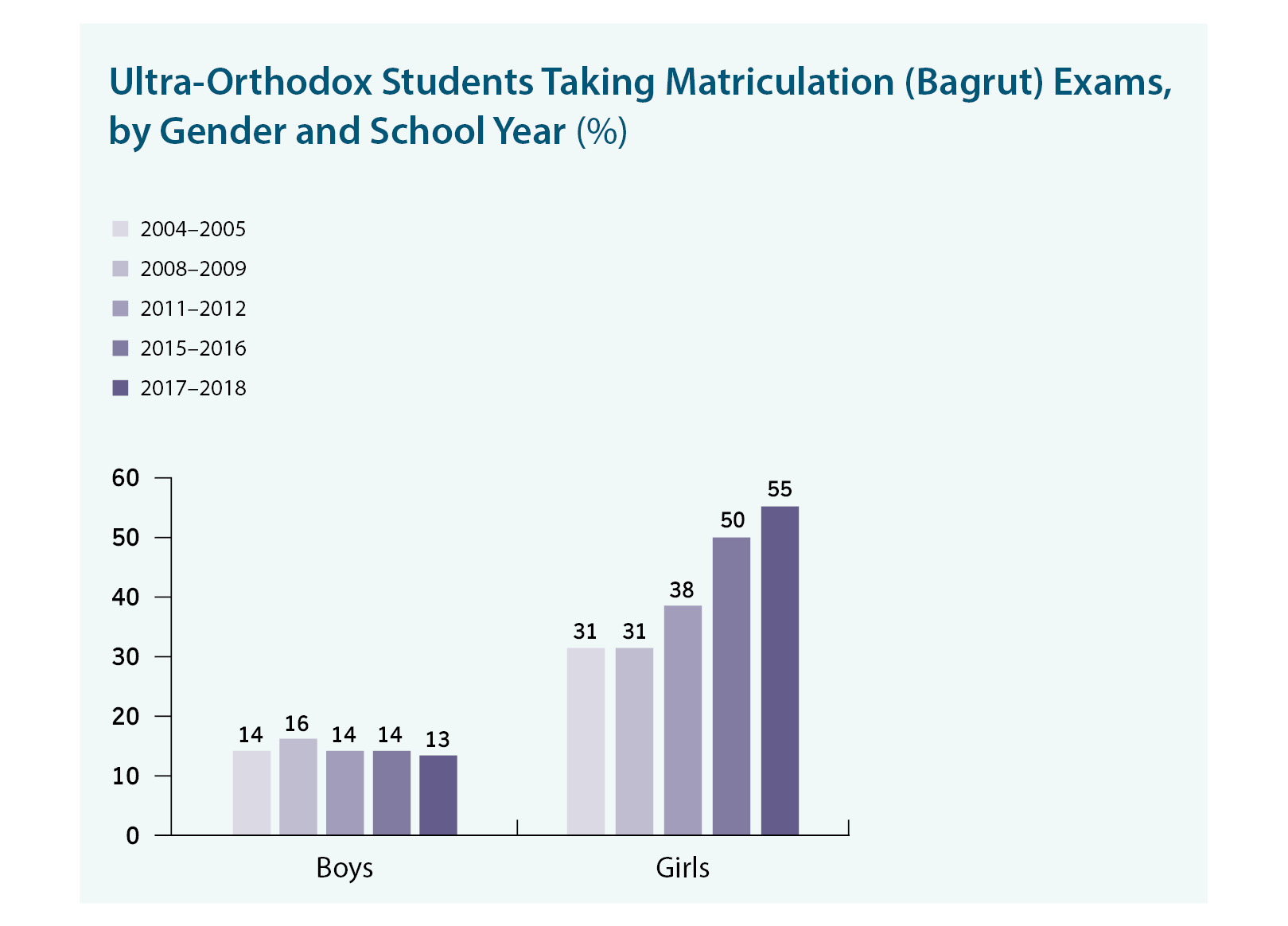 In 2013 and 2014, the number of yeshiva and kollel students declined relative to previous years, but from 2015 it began to rise again. In 2019, there were a total of 140,614 students in ultra-Orthodox Torah institutions for men aged 18 and above, with 70% of these- kollel students. This represents an annual growth rate of 5%, higher than the natural growth rate of the ultra-Orthodox population as a whole. 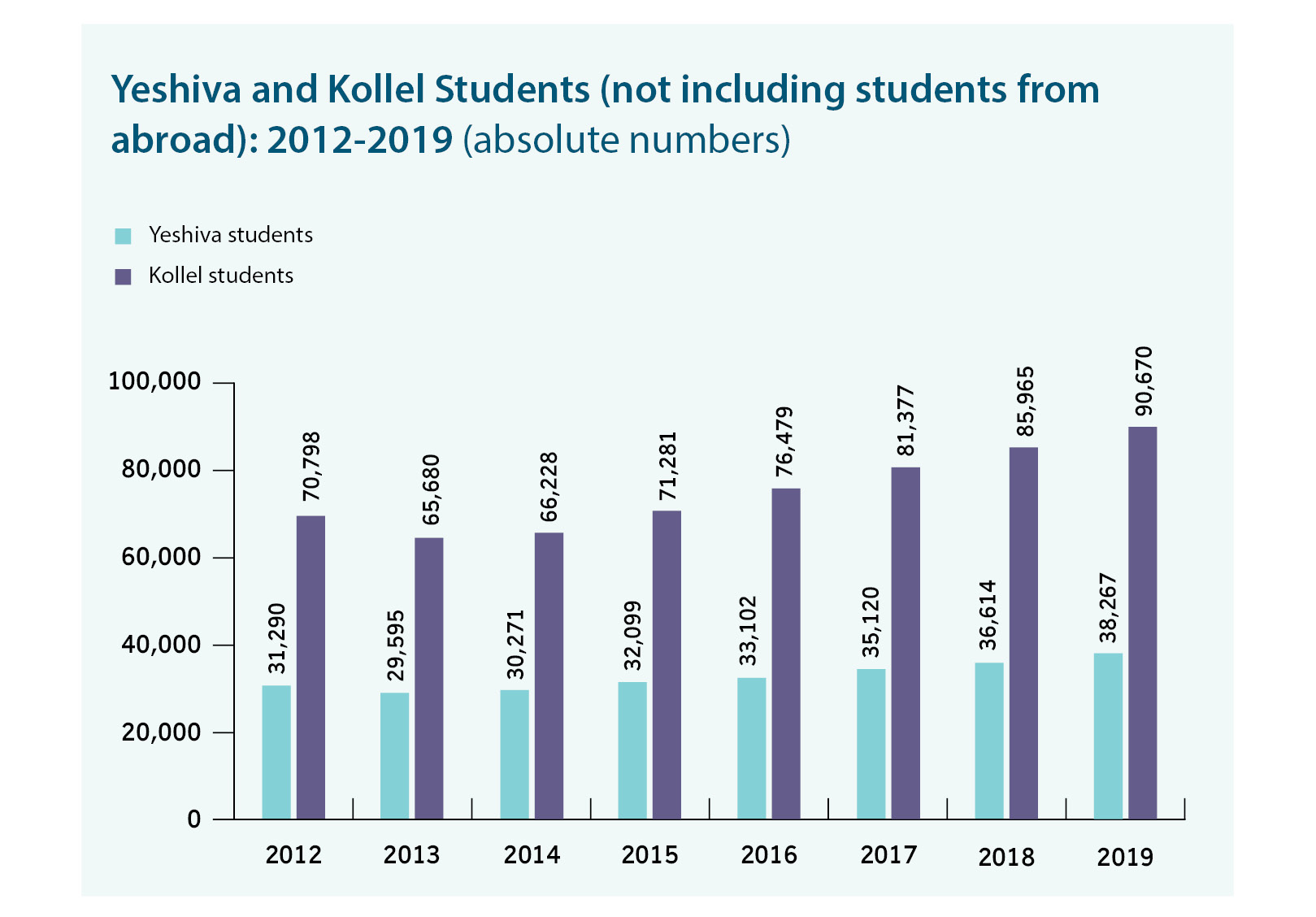 Ultra-Orthodox students are also responding to changes in the labor market and in state regulation related to several subjects. Thus, the percentage of ultra-Orthodox students studying business administration dropped over this period, from 14% to 10%, and the percentage studying law – which was 12% in 2015–2016 – fell to 5% in 2018–2019, the same level as in the general student population (5%).

Over the same period, there was an increase in the percentage of ultra-Orthodox students studying social sciences (from 8% to 19.5%), natural sciences, and computer science (from 9% to 14%). As a result of these changes, the difference in the distribution of study subjects among ultra-Orthodox and other students is now smaller than in the past.