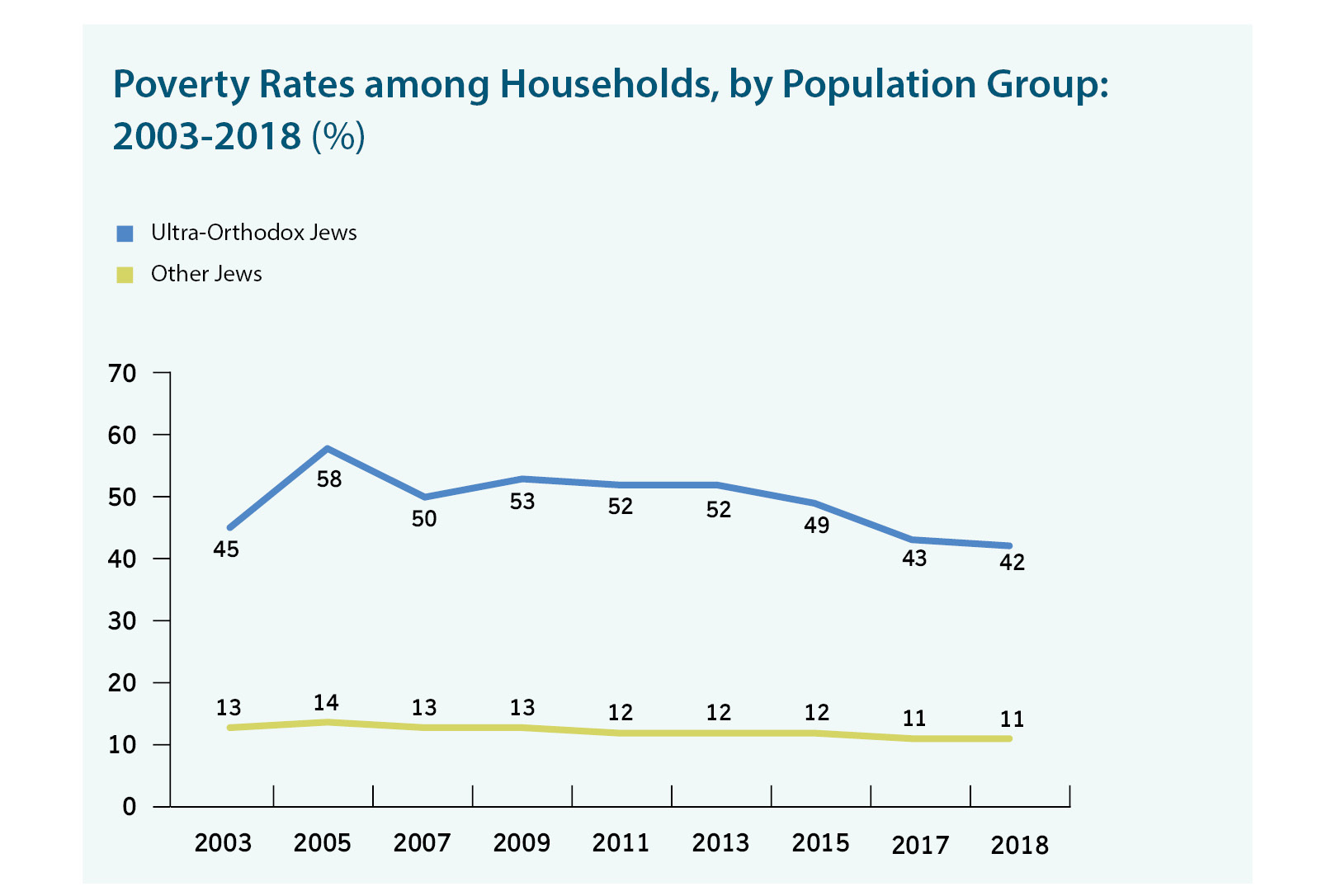 Standard of living is closely connected to levels of household income and expenditures. In 2018, the average gross monthly income for ultra-Orthodox households stood at NIS 14,745, much lower that of other Jewish households (NIS 23,235). The low income levels can be attributed to the high prevalence of households in which only one spouse is employed, fewer numbers of hours on the job, employment in lower-income occupations, and more limited access to capital and pension funds.

In terms of expenditures, the average monthly expenses for an ultra-Orthodox household was NIS 14,651 in 2018-- 16% less than for other Jewish households (NIS 16,936), despite the fact that ultra-Orthodox households are on average, almost twice the size. This gap in in expenditures can be explained by the unique characteristics of ultra-Orthodox culture, which places a premium on thriftiness rather than on consumption, and by the existence of special community institutions serving the community, which make it possible to buy goods cheaply, and sometimes even to receive them free of charge. 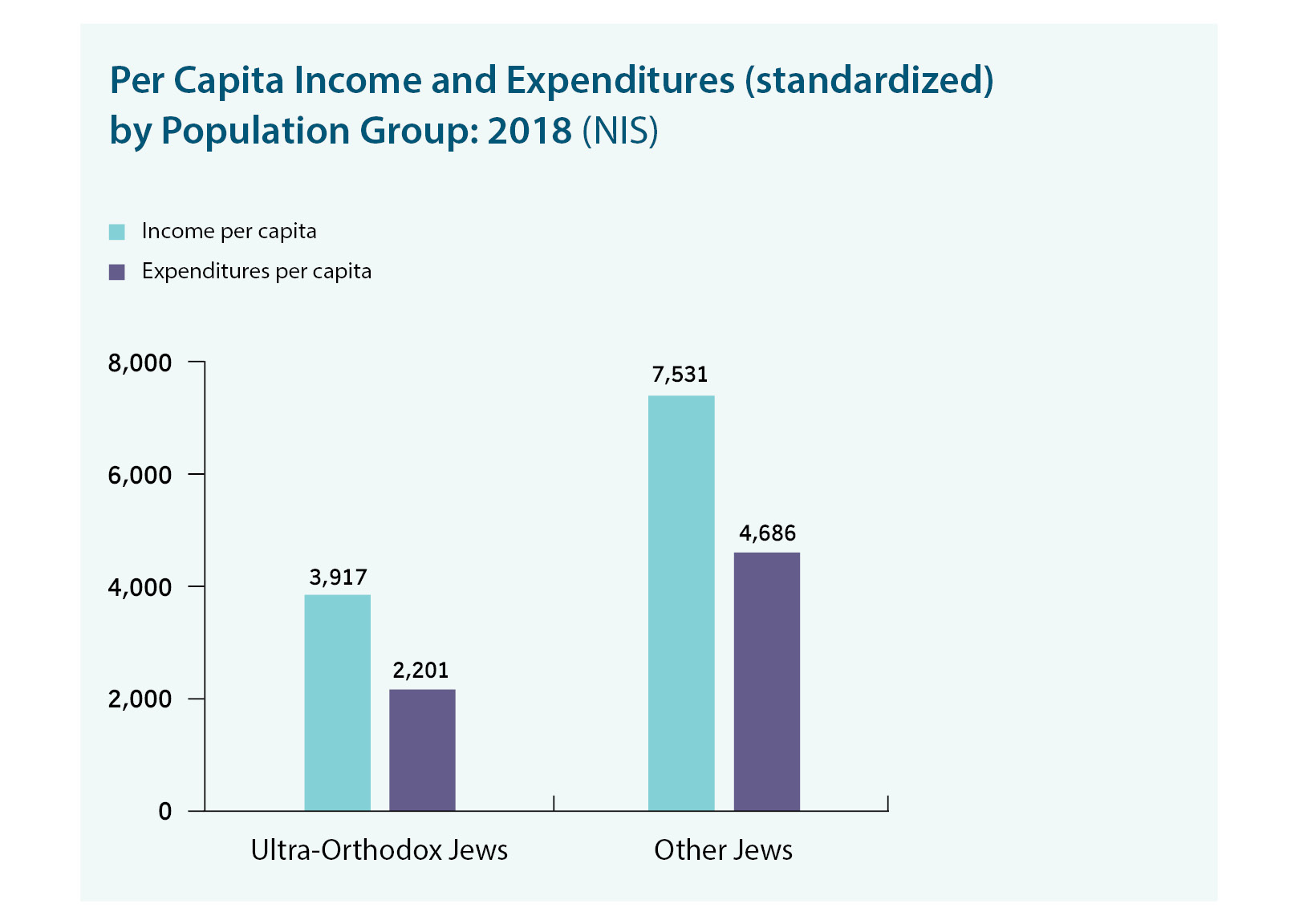 Analysis of additional parameters of the standard of living in ultra-Orthodox society reveals that the gaps between ultra-Orthodox Jews and other Jews in Israel remain large, despite having decreased in recent years. This is true of differences in incomes, poverty levels, consumption, and transport. The only area in which the two groups are identical is home ownership (74% of adults aged 20+ in both groups own their own homes). But when it comes to sources for financing home ownership and to satisfaction with various aspects of their place of residence, the differences are large. 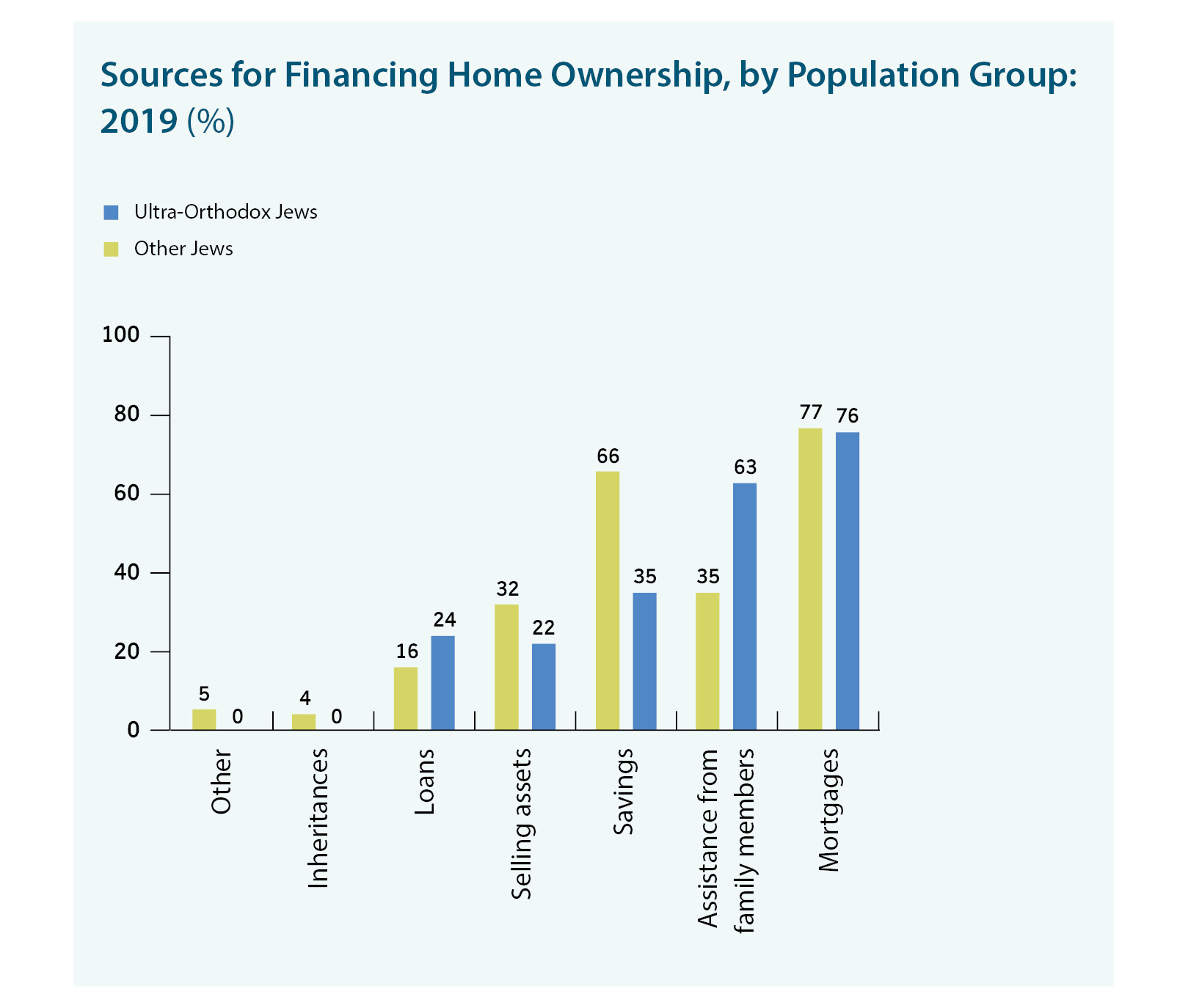 Overall, the ultra-Orthodox prefer to reside in large urban centers, with 51% expressing a preference to live in the major cities compared with 32% of other Jewish Israelis, who prefer to live in rural or communal settlements (40%, compared with just 21% of ultra-Orthodox Jews). An identical percentage of both population groups express a preference for living in small urban centers (27%). 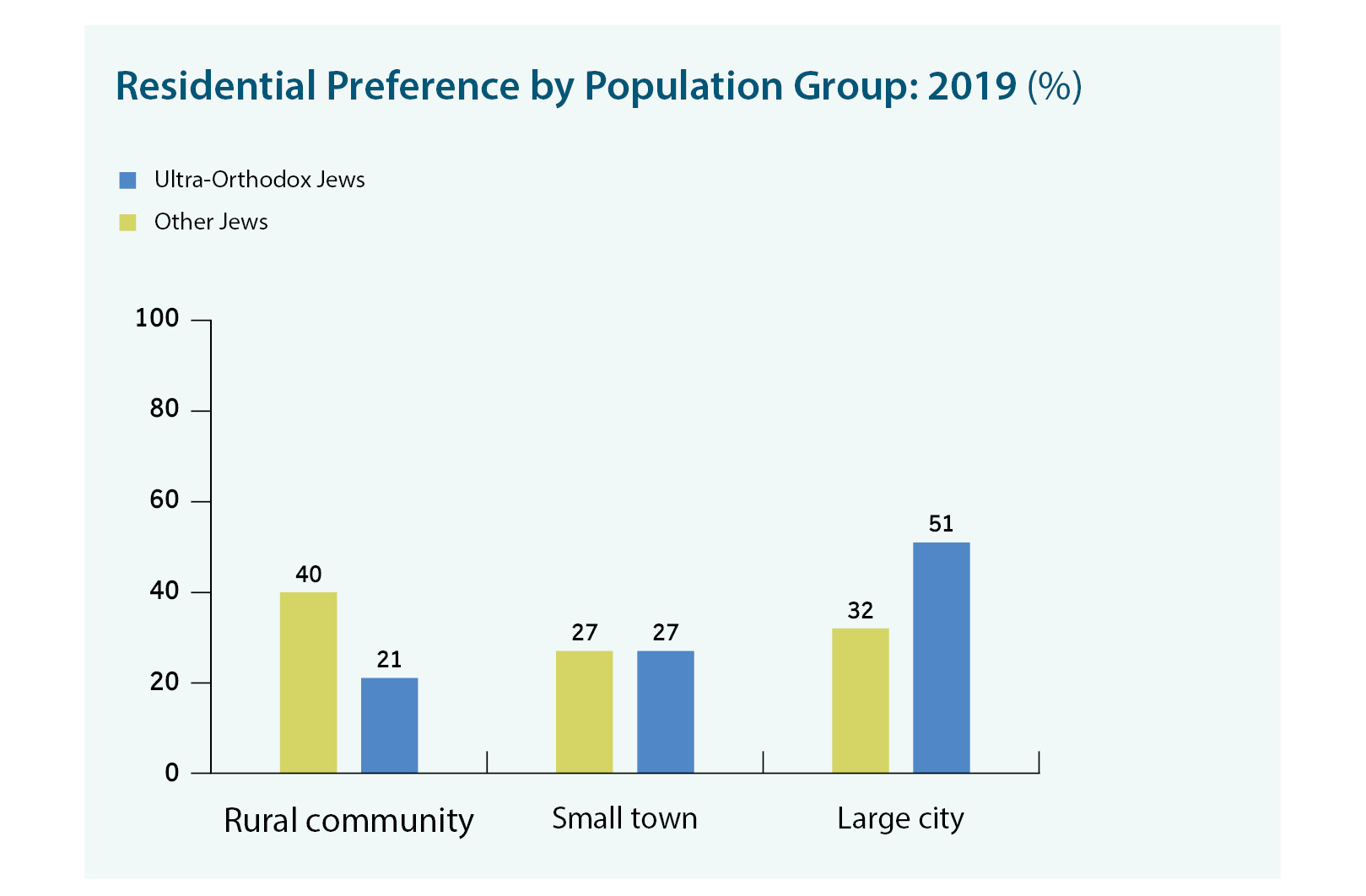