The COVID-19 pandemic is the paramount and most dramatic global event of the 21st century so far. The outbreak in Israel began in March 2020, and has led to dramatic changes in the country’s health system, economy, culture, communications, and lifestyles. Naturally, the pandemic has had a significant impact on ultra-Orthodox society, including high infection rates, large numbers of workers placed on furlough, and a rise in internet and social media usage.

COVID-19 dealt a very severe blow to the ultra-Orthodox community, and we estimate that some 42% of all confirmed COVID-19 patients in Israel were ultra-Orthodox. Of the 297,571 confirmed cases reported by the Ministry of Health by the end of October 2020, our estimates put the number of ultra-Orthodox cases at around 125,000 (42%). This rate is particularly high, given the relative size of the ultra-Orthodox population in Israel, at just 12.5% of the overall population. This may even be an underestimate, because the average rate of positive tests for the virus in ultra-Orthodox areas is 14%, almost three times the rate in other areas (5%). 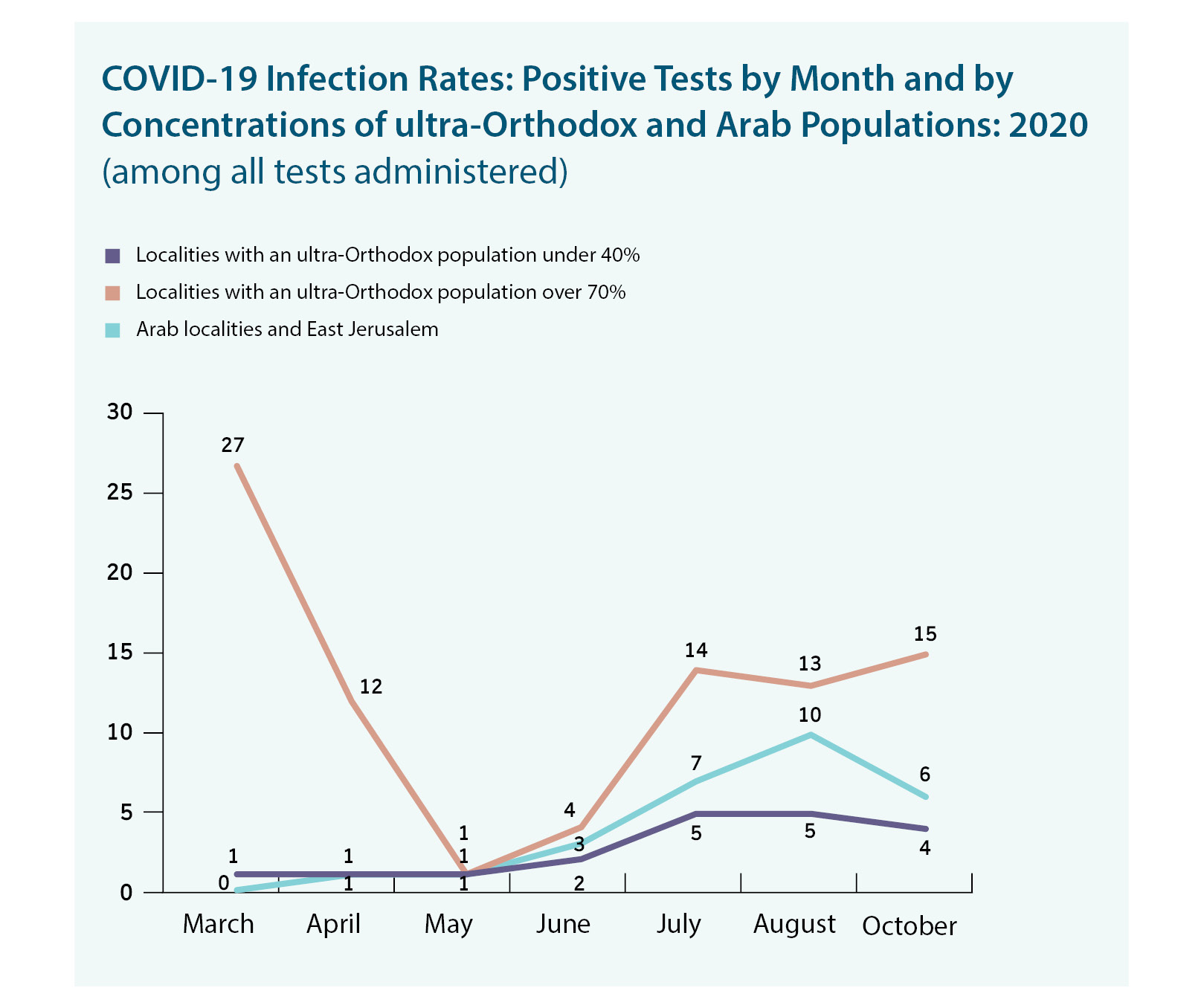 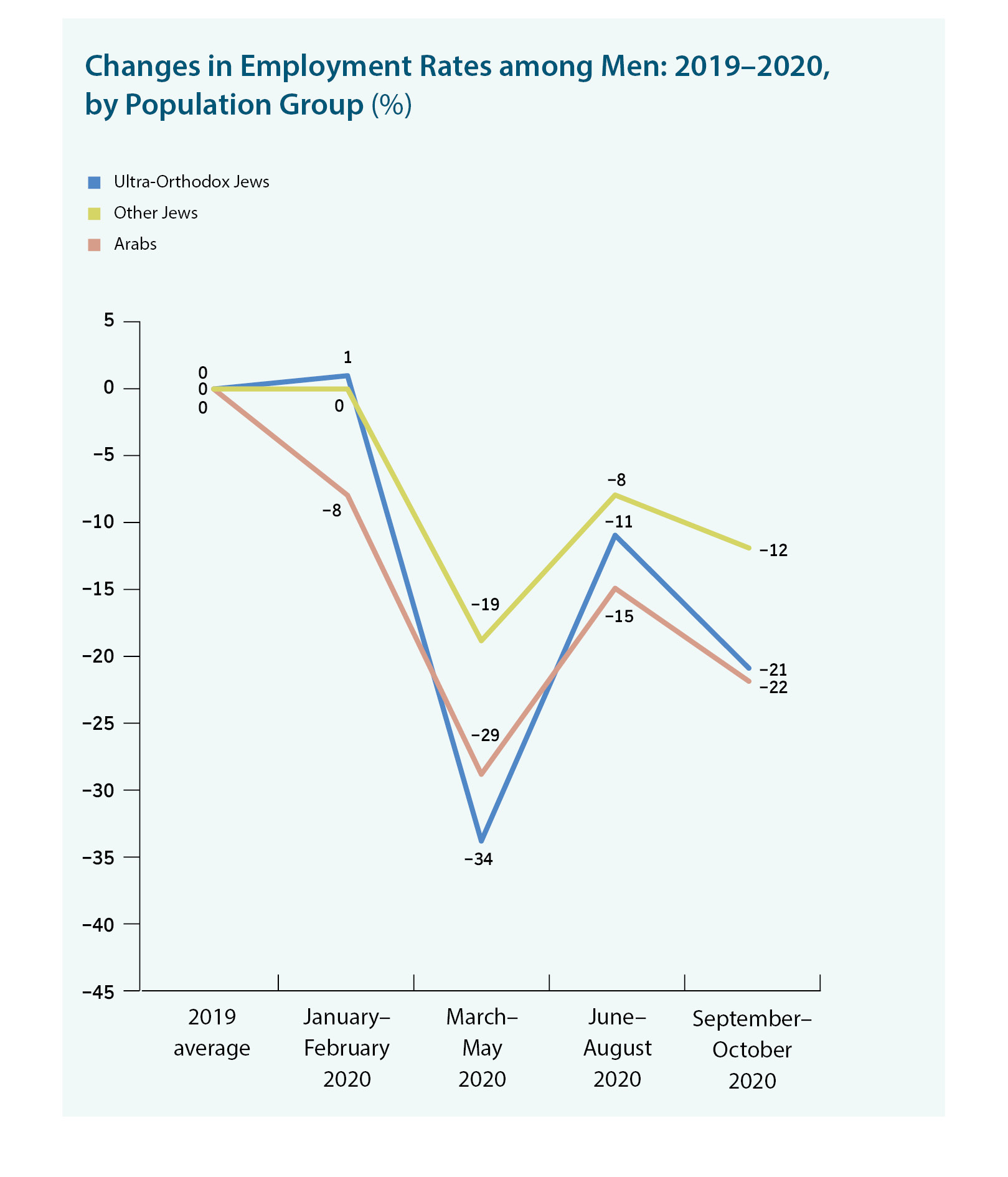