A combination of pressing economic needs and government policies aimed at supporting the entry of the ultra-Orthodox into the labor force led to a major change in ultra-Orthodox employment rates between 2003 and 2019, among both men and women. Consequently, more than 50% of ultra-Orthodox men aged 25–64 are currently employed, as are 77% of ultra-Orthodox women in the same age group. 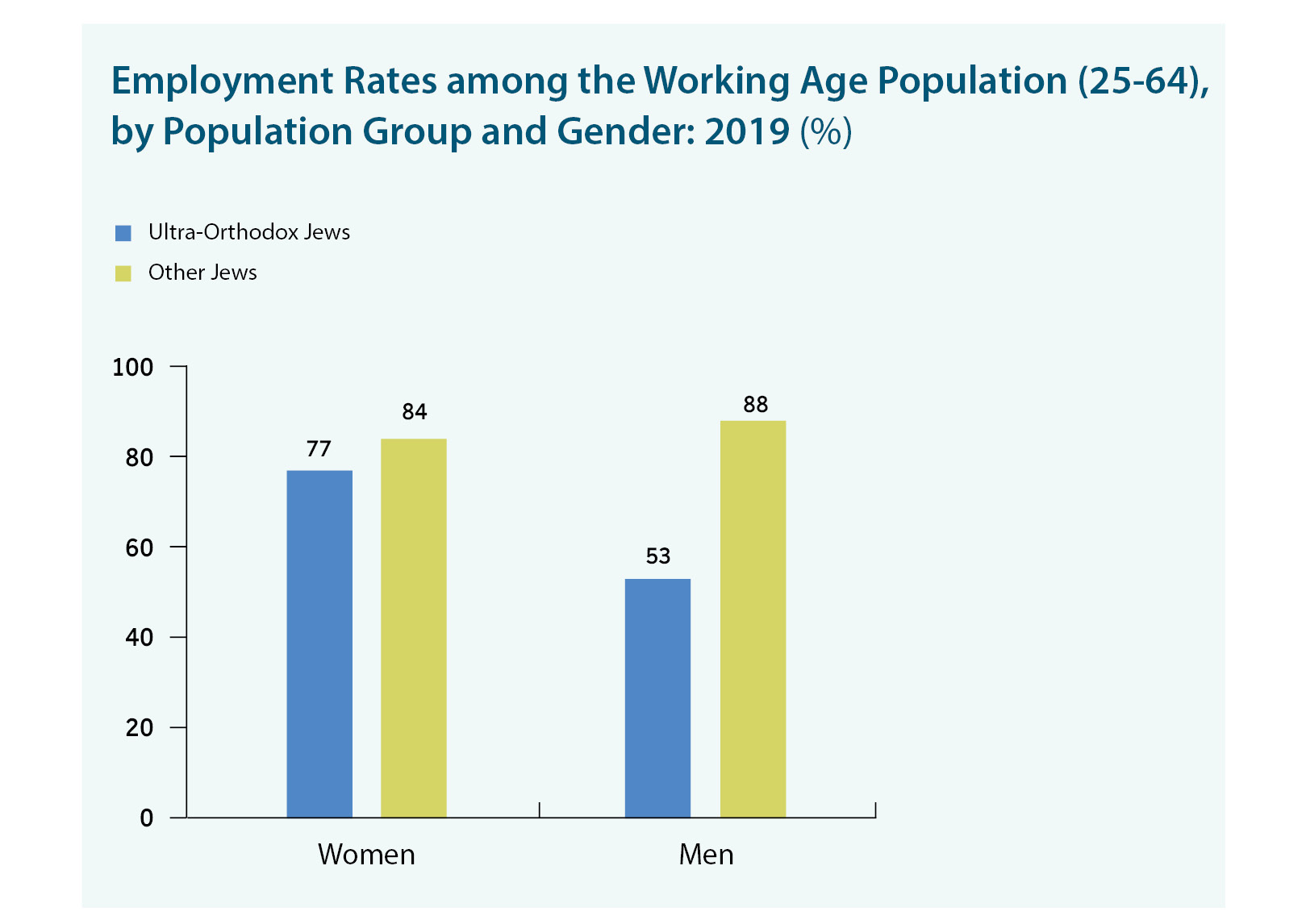 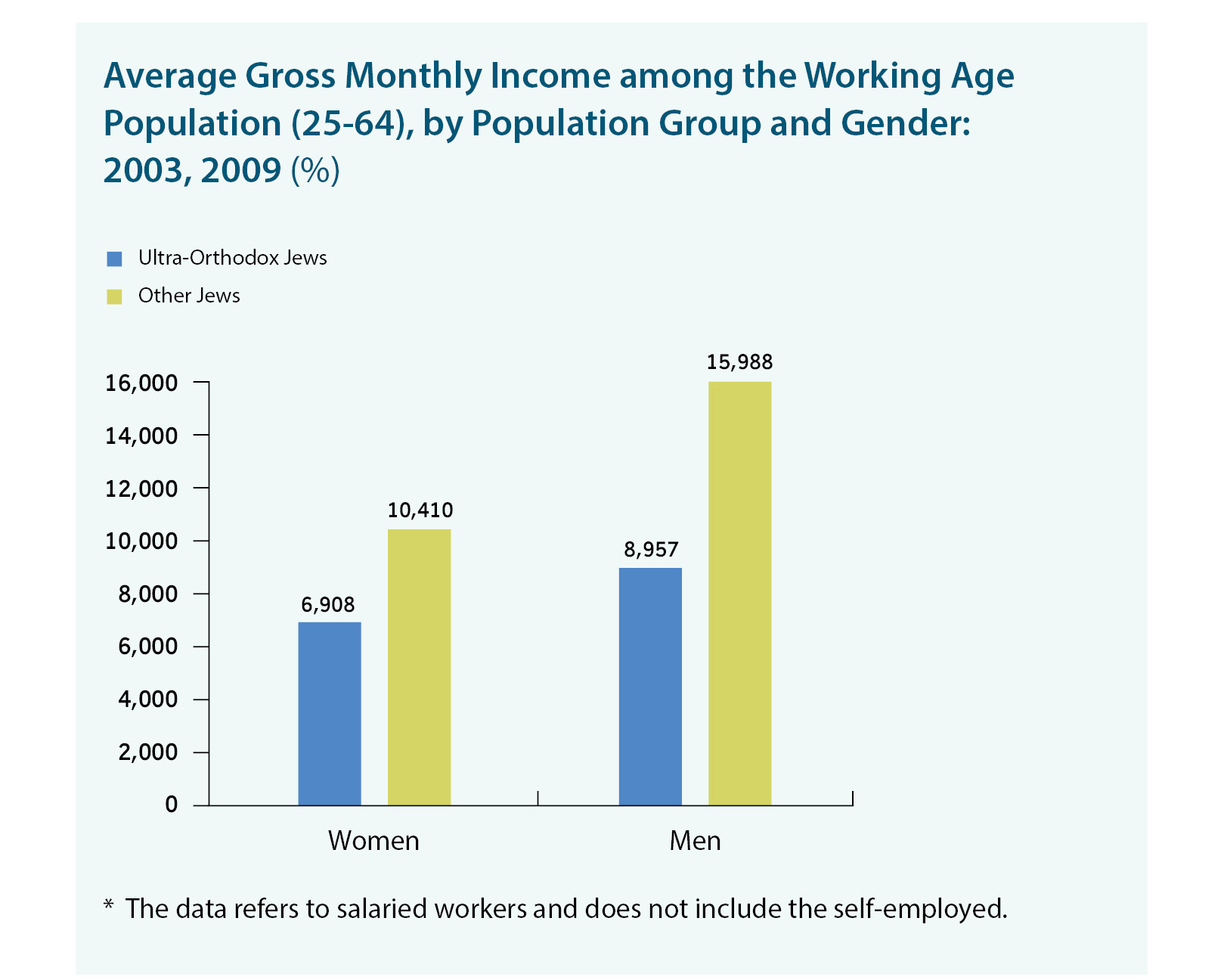