Lifestyles: Ultra-Orthodox lifestyles in Israel are in a state of constant flux, and can teach us much about the relations between ultra-Orthodox society and general Israeli society.

One of the factors contributing to this trend is the increasing entry of both ultra-Orthodox men and ultra-Orthodox women into higher education and the workforce. This results in more disposable income, higher awareness of consumer and leisure culture, and a more "modern" discourse in the Haredi community's growing middle class. 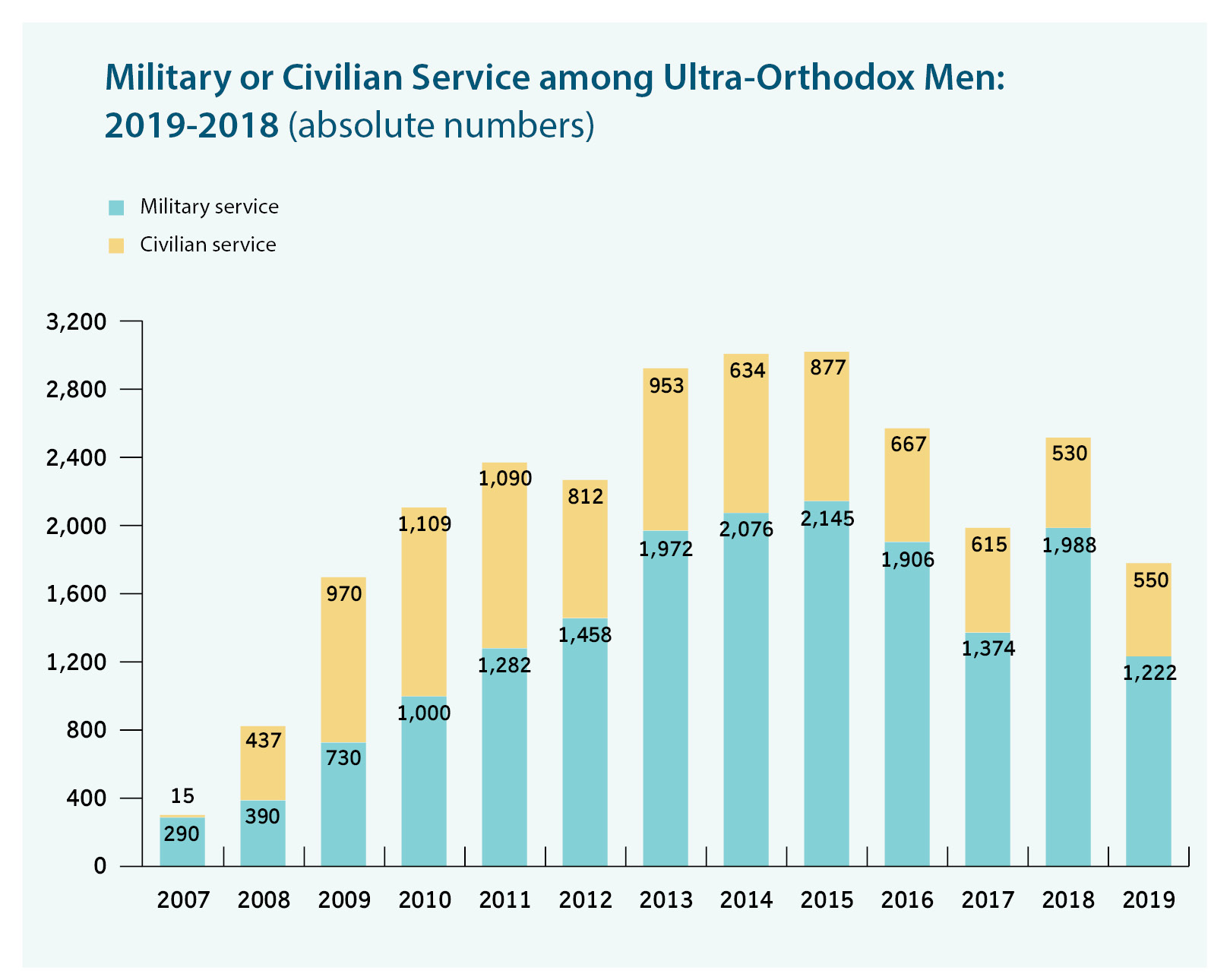 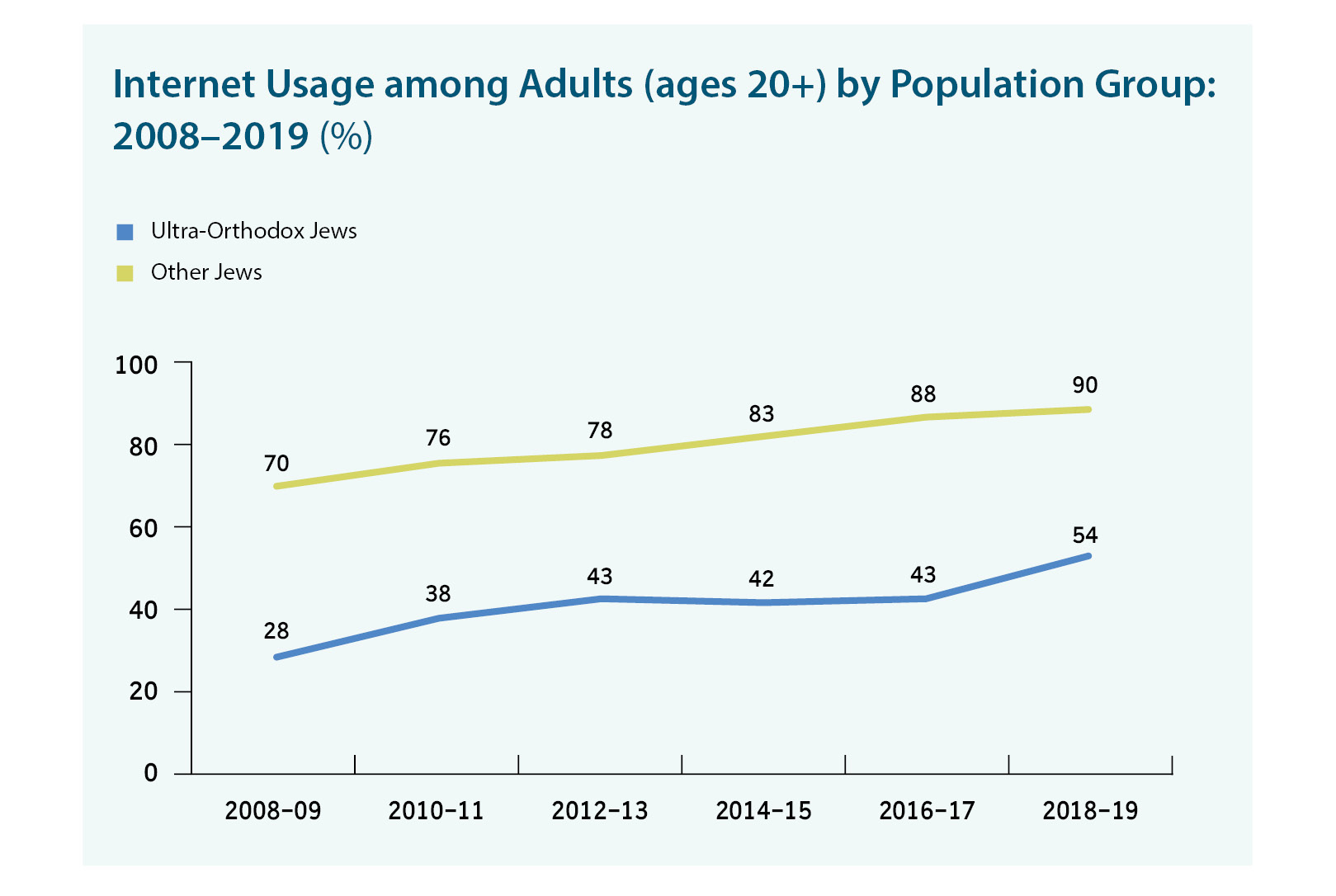 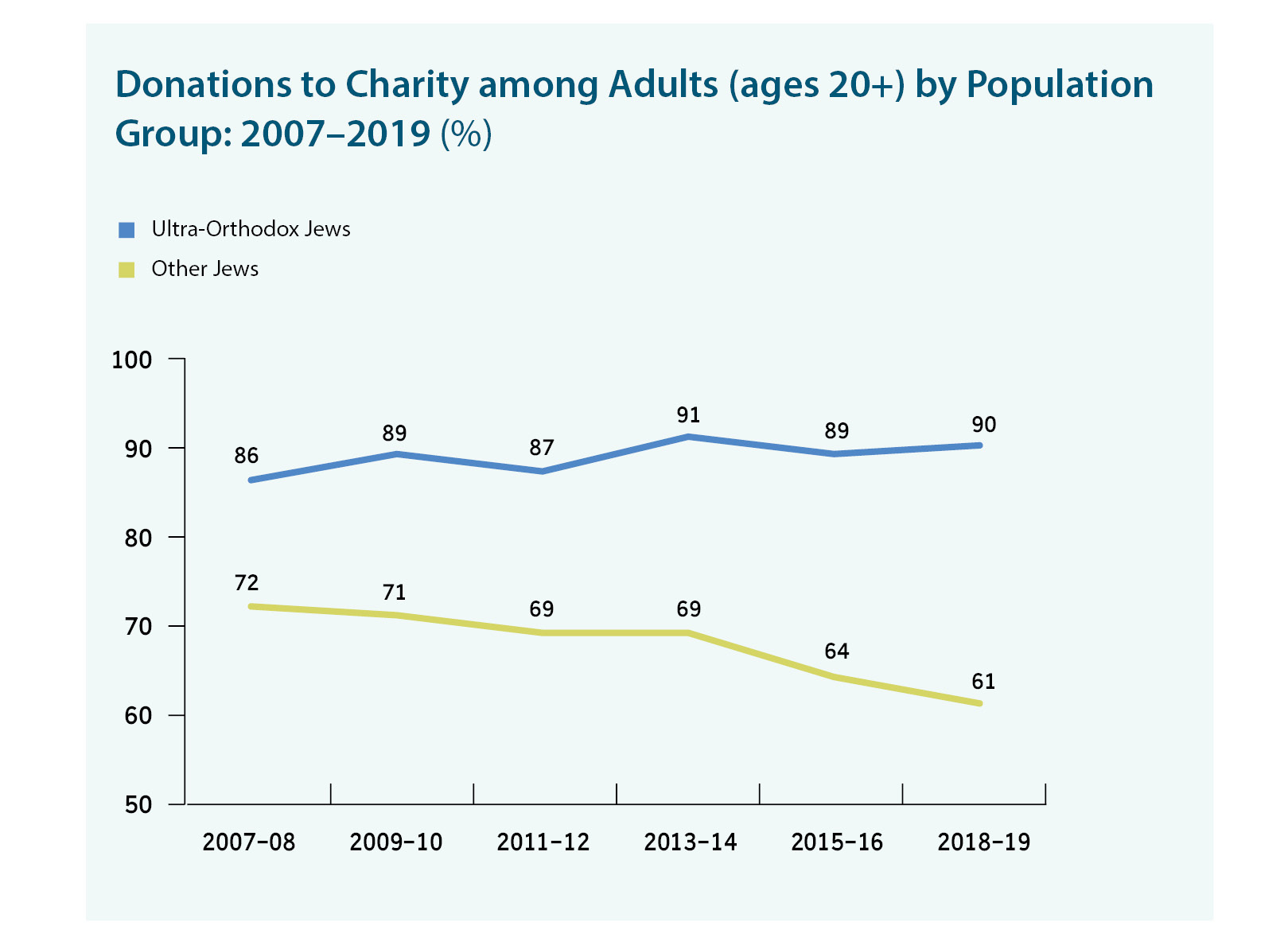 Voting Patterns: We analyzed voting patterns in Knesset elections for the ultra-Orthodox parties--Shas and United Torah Judaism-- to assess their political power, though it should be noted that some Shas voters are not ultra-Orthodox, but rather--traditional or National Religious Jews, including an analysis of voting patterns by area of residence

Will the residential distribution and the characteristics of ultra-Orthodox communities in Israel change due to economic and social processes, or will they stay the same despite these processes? Time will tell. It Is worth noting that the COVID-19 pandemic has brought the advantages of the communal character of ultra-Orthodox society to the fore, but also made clear the need for every ultra-Orthodox home to have a computer and internet access. Once tabooed or seen as luxuries, these have become essential items for day-to-day living, whether for work, education, keeping in contact with family and friends, or studying Torah. This issue is examined further in Chapter 6 of the Report.