Ultra-Orthodox education constitutes a sizable proportion of the Jewish-or as in its official name--the Hebrew-language education system- in Israel (25%), and of the Israeli education system as a whole (19%). Since the early 2000s, there has been a rapid increase in the number of students in the ultra-Orthodox system, though the annual growth rate has slowed down over the past five years (to 3.7% per year), while the annual growth rate in the State and State-Religious education streams has risen (to 2.3%).

Over the last decade, ultra-Orthodox education has undergone several systemic and structural changes, including the establishment of the Haredi Department within the Ministry of Education and the development of the State-Haredi education stream. In the 2020–21 school year, there were approximately 362,000 students in ultra-Orthodox education frameworks (including elementary and secondary education). The large majority of ultra-Orthodox educational institutions (75%) belong to the Ministry of Education’s “unofficial but recognized” category, ; almost one-quarter (23%) are in the “exempt” category (exempted from all Ministry standards and requirements); and 2% belong to the State-Haredi stream. 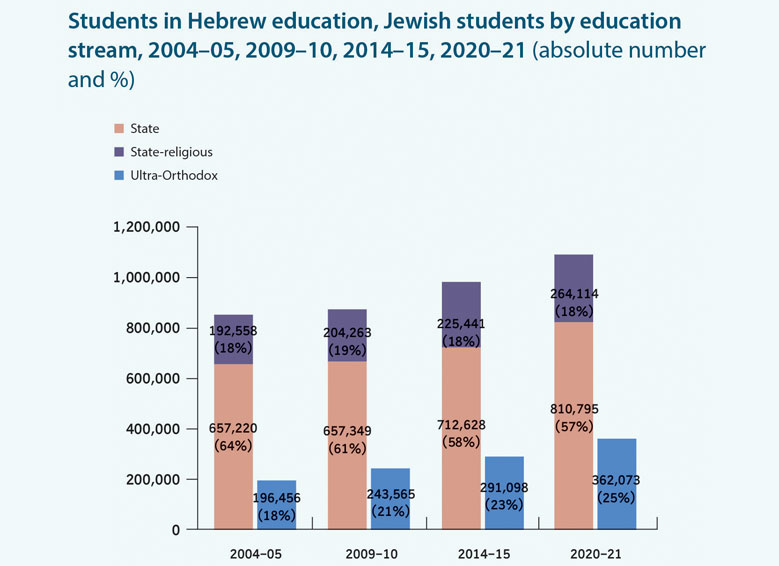 In the 2018–19 school year, 58% of ultra-Orthodox girls in the relevant age groups took at least one matriculation (Bagrut) exam, compared with just 31% a decade earlier, in 2008–09. On the other hand, the same period saw a slight drop in the percentage of boys taking these exams, from 16% to 15%. The overall percentage of students (boys and girls) attaining a matriculation certificate in the ultra-Orthodox sector in 2018–19 was just 14%, compared with 81% of students in the State and State-Religious education streams. 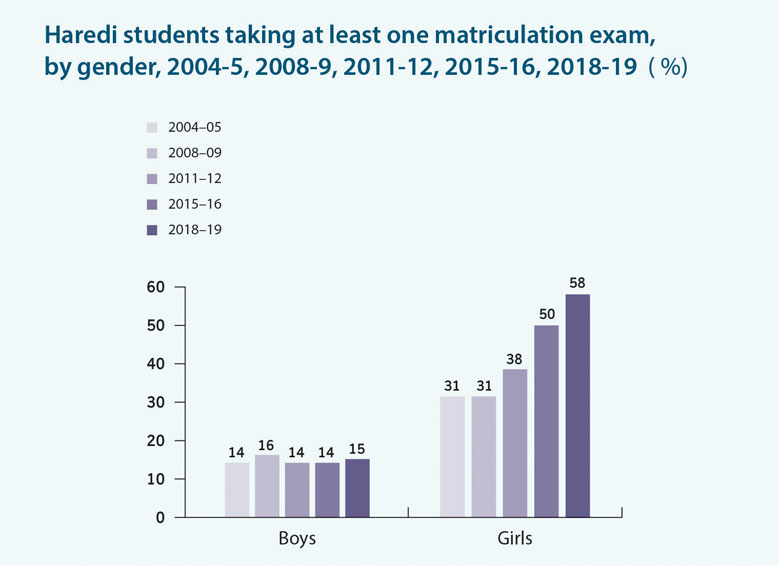 The post-secondary education system for ultra-Orthodox men comprises four main tracks: yeshivas (institutions for advanced Torah studies); kollels (institutions for advanced Torah studies for married men); academic studies; and vocational training. For women, the options are studies in a seminar (post-secondary education institutions that also provide vocational training) or academic studies. Between 2014 and 2020, there was a 43% increase in the number of ultra-Orthodox yeshiva and kollel students in Israel, reaching 146,150 in 2020. This increase seems to have resulted from increased state support for these studies, as well as halting the rise in the percentage of ultra-Orthodox men entering the workforce. 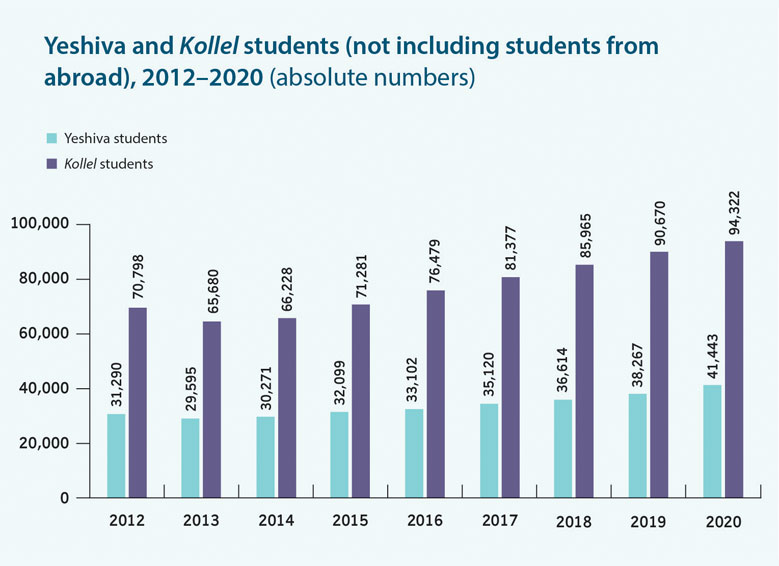 Between 2010 and 2020, the number of ultra-Orthodox Israelis (men and women) studying for an academic degree, tripled. The rate of growth in the number of ultra-Orthodox students in higher education, which slowed down between 2016 and 2018, has since accelerated, especially during the 2020-21academic year (marked by the COVID-19 pandemic), when their numbers reached around 14,700. 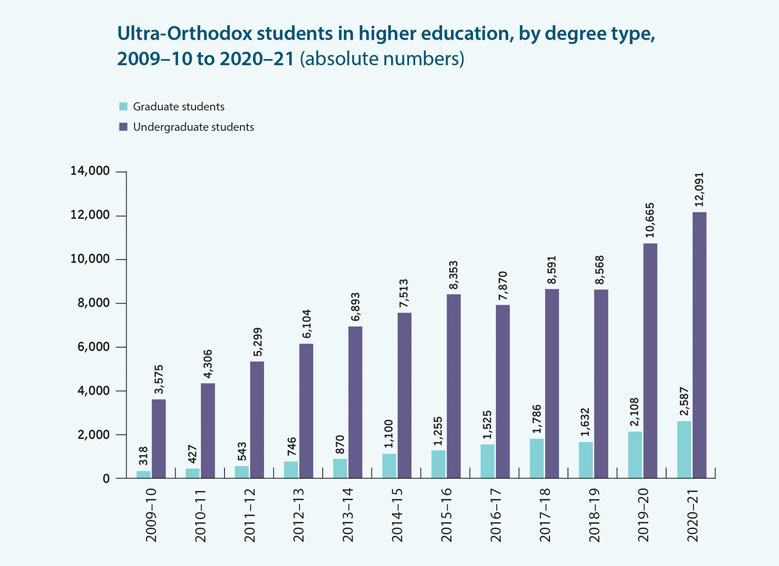